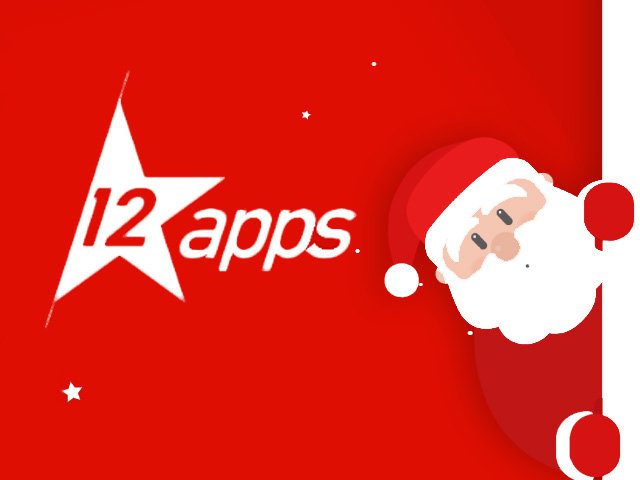 Since yesterday and until January 2, 2018, 12 ★ apps (12starapps.eu) some interesting macOS and iOS apps from the respective Apple App Store are offered at lower prices than usual. The focus is on apps from developers from the EU, which you can secure as part of the campaign with a discount of approx. 25% to 75%. The aim of 12 ★ apps and the current deal is not only that you can buy cheap apps around Christmas and New Year, but also that developers from the EU have a platform and can show what is happening on the local side of the pond Potential lies. 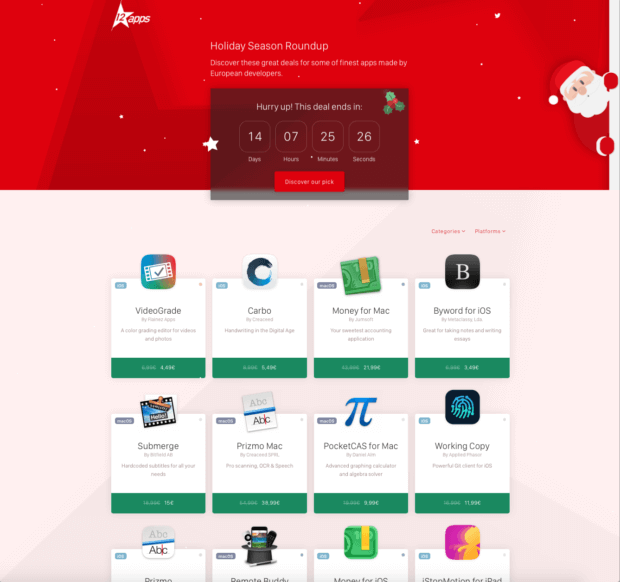 12 ★ apps or 12 Star Apps stands for a platform that not only offers you iOS and macOS software at a lower price, but also draws attention to app developers from the EU!

Inexpensive apps from European developers for macOS and iOS

The collection of 12 ★ apps (“12 Star Apps”) includes programs for Apple Mac, iMac and MacBooks as well as software for iPhone, iPad and iPod Touch. The developers come from the EU, more precisely from Germany, Austria, Belgium, Denmark, Lithuania, Sweden, Spain and Portugal. Incidentally, Daniel Alm, the creator of the “Timing” app, which can be found in the campaign with a 25% discount, made this contribution possible. His friends Felix Schwarz and Ortwin Gentz ​​are participating with “Remote Buddy” (20% discount) and “Where To?” (71% discount). I have listed these and numerous other offers for you below.

If you like one of the following apps for iOS or Mac, you can get more information and the download from the website Retrieve from 12 ★ apps. You are also welcome to leave a comment if you already know one or more of the programs and can therefore tell whether other readers should secure the discount;)

One or the other app is sure to be of interest to you - so it's best to grab them as long as there is still a decent promotional discount on it; so until January 2nd, 2018! By the way, until next week, Wednesday, December 27, 2017, there will be interesting technology offers at the Cyberport Cyberdeals of week 51/52. You can also find more gift ideas for every budget in the Last minute Christmas presents overview this year and in the overviews of the Gifts for girlfriend and the Gifts for the friend from last year ;)