32 bit or 64 bit - which processor architecture is faster or better? 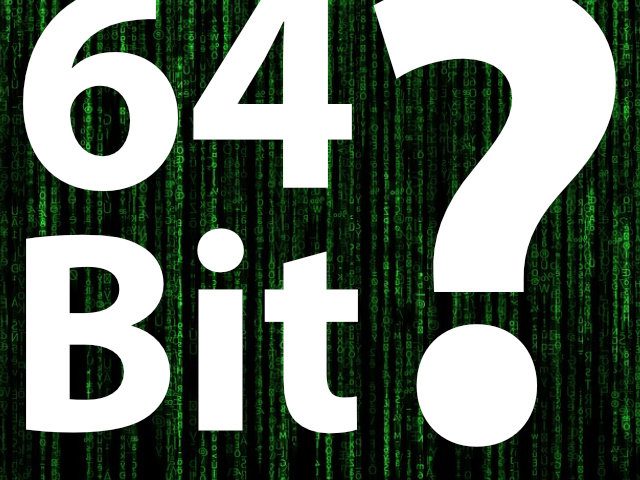 In addition to new hardware, Apple will also be the new one in September 2019 macOS 10.15 Catalina let go of its users. One of the significant changes in the operating system for Mac, iMac and MacBook: only 64-bit apps are supported. As a normal consumer, you naturally ask yourself what the difference is between 32-bit and 64-bit operating system and processor architecture. Is the “bigger” architecture just faster or is it better in other ways? Here are a few answers to your questions.

List: These Apple Mac models are compatible with macOS Catalina

32 bit or 64 bit - which operating system and processor architecture is faster or better? Here you can find the most important information about the data bus, RAM and Co.

The data bus - bits and bytes on the move

Components of a computer do not communicate like a can phone, where one existing line is used for just one task; the transmission of sound through vibrations. No, in Macs, PCs, smartphones and many other devices, all kinds of information, including power and signals, are supplied via the same lines. If you just look at one Thunderbolt 3 port and its simultaneous uses (power, USB peripherals, video and sound output, charging mobile devices, etc.), then you understand this.

And this is where the term “data bus” comes into play - or for specialists just “bus”, which in IT already describes “a system for data transmission between several participants via a common transmission path”, as it is so nicely summarized in Wikipedia ( see sources below). You can imagine this shared transmission route like a multi-lane motorway. A higher number of bits means: more tracks. This means that more information can be transmitted or more devices can communicate simultaneously via one line. That's why 64-bit is better than 32-bit.

The number of bits affects the working memory (RAM)

A higher number of bits in the processor also enables a larger working memory due to the "wider" allocation of memory elements. The processor architecture also defines how much RAM the operating system (Mac OS X, macOS, Windows, Linux, etc.) can directly address. With 32 bits, this is calculated from 2 ^ 32 bytes, which is 4.294.967.296 bytes or 4 gigabytes for short. A 32-bit operating system can only address 4 GB of RAM directly. B. on Windows already 1 GB for the kernel and graphics card.

A 64-bit operating system is much more future-proof because up to 16 TB (yes, terabytes) can be used for direct system memory allocation. In interaction with the “broader data paths”, a corresponding processor and the appropriate operating system can convert significantly more data much faster. This enables software, apps, drivers, programs (and whatever you want to name them) that offer more options for Mac, PC and Co. - from image and photo editing to video editing and rendering to music creation, artificial intelligence, games and and and.

Operating systems with 64-bit architecture and the corresponding hardware in the form of CPUs, RAM, boards and chips have been standard for three years. It was a long way to go, considering that the first commercial systems were released as early as 2002 (Linux and Microsoft). However, the hardware was usually too expensive for home use in private computers. Now, in 2019 and in the future, it is affordable enough.

And that's exactly why the developers of operating systems of all stripes are gradually switching over. For some time there were only 32-bit systems (also called x86 systems because the first 286, 386 and 486), so-called x64 architectures have been created in recent years, which represented a hybrid intermediate form - an x86- Instruction set based on 64-bit. With macOS 10.15 Catalina from Apple, among others, a “pure” 64 system is now being used. This means that 32-bit or x86 apps are no longer supported. As you know them you read here.

32 bit or 64 bit - which processor architecture is faster or better?

I think that this question has now been adequately answered. With the standard, which will not be replaced in the future, more extensive data exchange and support for more main memory are possible. This also ensures that other components (graphics card, peripherals, etc.) can be addressed faster and with more data. More complex apps, a faster workflow and larger projects are possible with it. So is a 64-bit processor or operating system (with current hardware) better and faster? Yes, definitely! Have I forgotten something or phrased it incorrectly? Feel free to leave a nice comment.