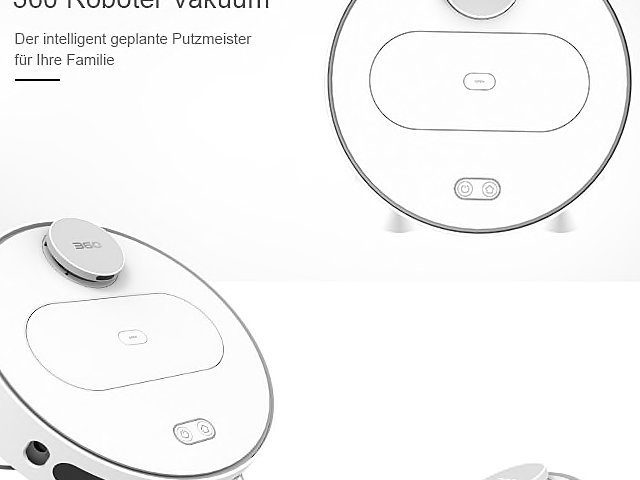 A few days ago in Beijing, the 360 ​​S6, a new, comparatively inexpensive vacuum cleaner robot with a wiping function was presented Roborock Sweep One S50 Could compete. In this little message I wanted to briefly introduce you to the S6 from the 360 ​​brand. There may be a test of the 360 ​​S6 vacuum robot in the future, which, like the Xiaomi and Roborock devices, can be controlled by app and assigned to individual areas in the room.

The 360 ​​S6 vacuum cleaner robot recognizes obstacles, stairs and carpets. "Forbidden zones" can be defined via the app - for example the carpet during the mopping process. Vacuuming and wiping by robot is comparatively cheap with the 360 ​​S6.

A 360 S6 test is still pending - but I'm already talking to a dealer to enable a test report here on the blog.