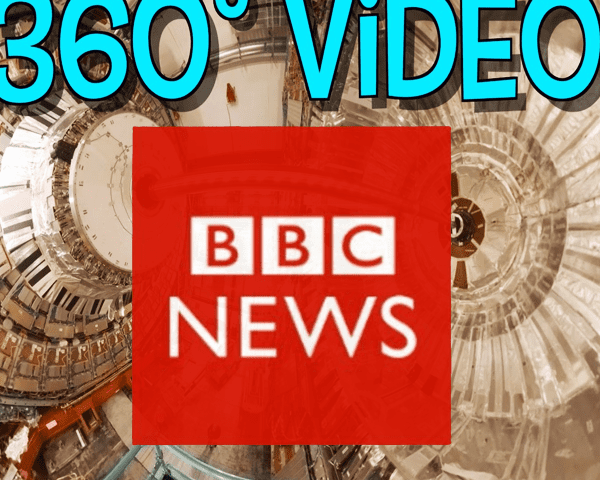 Not just since Casey Neistat 360 ° Video from the Oscars, where Leonardo DiCaprio finally got a mini-statue posted, we know that this type of interactive video is the latest trend on YouTube. In addition to some funny gimmicks, there are a few really informative ones Videos with 360 ° function on the video platform, where you can also learn something. An example is a video of the channel BBC News. Here you can find information and an all-round view of the particle accelerator LHC (Large Hadron Collider) of the European Nuclear Research Center CERN.

This is the title of the video in which we first see the point in the tubes where the particles meet at almost the speed of light. Then there is a tour in a section of the 27 kilometer long tunnel. Then we come back to the starting point and are brought with a lifting platform to the tunnels and the sensors that measure the effects of the experiment. The most important information from the off is displayed again as text - but only at a certain point. So if you keep looking around you will miss the comments ;-)

A little hint: The navigation with the mouse is a bit rough. Rotating the image is smoother if you use the WASD buttons - just like controlling a video game. Of course, it is best to use a smartphone or VR glasses.

Popular documentaries on the LHC at CERN near Geneva

Also in cooperation with the BBC is the NOVA documentary "Big Bang Machine“Originated. This is mainly from 2012 and has been expanded with material from 2015. You can also do this documentary watch on YouTube. Here, too, a little hint: the total length of the video of 1:04:46 is not correct. The documentary ends after around 45 minutes and is then repeated - unfortunately this is a trend of documentary channels on YouTube, with which the videos should be artificially longer and thus more interesting for potential viewers.

With the Samsung Gear 360 all-round camera you shoot photos and videos with 360 degrees or 180 degrees wide angle; Image: Samsung.com; Details and price: here

Those who prefer to see a German documentary from ZDF can also do so on the most popular video platform on the net. The reporting, which in 2011 for the program "adventure know“Was produced is a bit out of date and a bit very popular science; However, it gives German-speaking viewers a very good insight into the LHC and the experiments at CERN. You can get to the documentation through this link.

Current information from CERN and the experiments

You can get the latest information on the individual projects in English and French on the official website of CERN. There is also a page in German, which is also produced in cooperation with the Federal Ministry of Education and Research originated. Although the information here is not as extensive, it is easier to understand - not only in terms of language, but also in terms of content. The page is called weltmaschine.de.

Have fun with particle physics!