5G mobile network expansion: health in danger? Are the birds falling from the sky now? 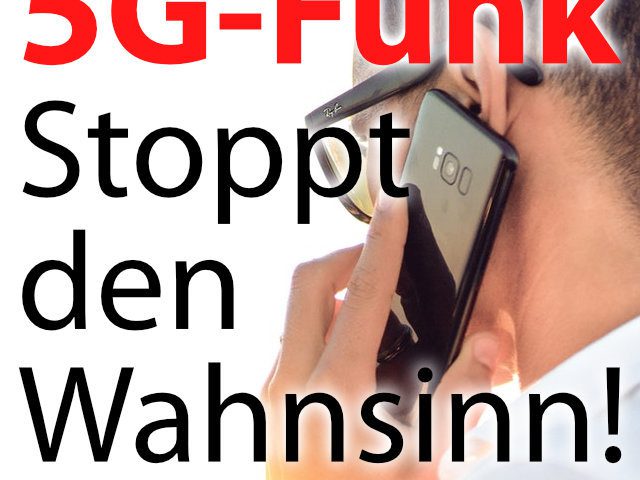 Not only news, reports and M5M innovations are currently revolving around the upcoming 2G mobile communications standard, but also many rumors and false reports. Fake news about 5G is particularly popular with conspiracy friends and those who want to make money from the scientific ignorance of others.

Fittingly: I recently received a message in a WhatsApp group with the request to sign a petition against 5G. This news and its arguments were and are all cheese, not scientifically supported and at best scaremongering, which must be countered with good arguments and research. So: are we all getting sick and are the birds really falling from the sky because of 5G? 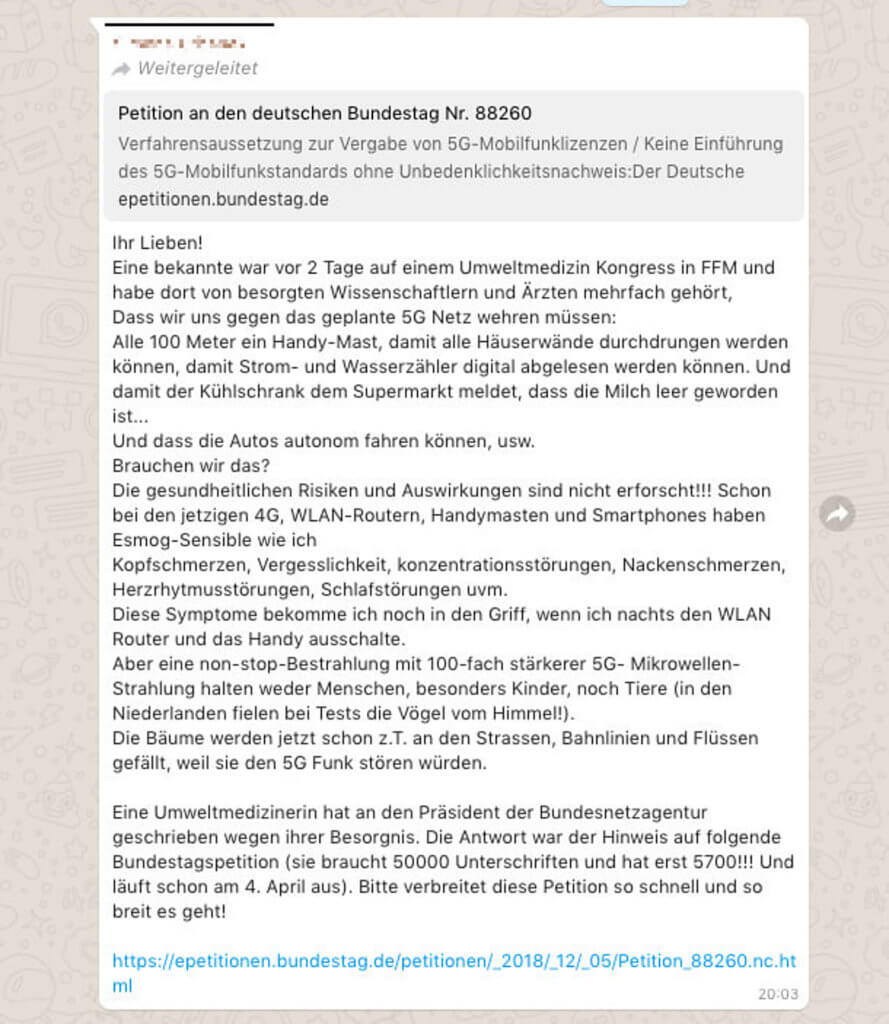 Such and similar WhatsApp chain letters, Facebook messages and Co. only show fake news about 5G. Facts about 5G mobile communications and logical thinking and research quickly show that this is all gross nonsense!

When a Virus makes the rounds and there are serious reports or warnings from the providers of a software, an operating system or a manufacturer - then you can share it in a WhatsApp group in which there are some users. But without being asked, some crude fake news, not supported by serious sources and only supported by unsubstantiated statements, is spread or otherwise WhatsApp chain letters operated as a fool, then my toenails roll sideways. This is also the case with the screenshot above, which shows a forwarded message that is obviously (!) Complete nonsense. I will show you why this is so in the following.

Preliminary consideration 2: The main risk of radiation is cell phones

Before I take the above WhatsApp message and its contents apart, I would like to point out one thing: it is not primarily cellular communications, WiFi networks and the like are suspected of causing cancer or other damage to health. But the use of cell phones, smartphones, tablets and the like close to the body. So if you are constantly on the phone (and do not use a headset or the hands-free function) and do not pay attention to the SAR value of your phone, you should think more about it than about expanding the cellular network.

Let's put together what supposed 5G “facts” about health are presented to us in the above WhatsApp message. The following list then provides the basis for a precise look at the individual points.

Statements 1 and 2: Can be neglected

The sender of this chain letter does not mention their own name or that of the "acquaintances". The congress or the actors there are also not named any further. So you can label that as dubious.

That's just plain wrong. The number 100 seems so burned into the minds of conspiracy theorists and self-proclaimed electro-sensitive people that they want to use it everywhere. The fact is: the 5G frequencies currently auctioned are those in the 2 GHz and 3,4 GHz to 3,7 GHz ranges ( ). The former transmits up to 4 km, the latter up to 1 km. In addition, low frequencies below 1 GHz, such as n-tv, are planned for the area-wide expansion shows. Their maximum ranges are around 20 km. A “forest of transmission masts” is nonsense.

Statement 4: A fact in the fake jungle

It is true that the health risks of 5G have not yet been fully explored. However, it is officially stated that limit values ​​are adhered to. And that should hold back the (partly invented) dangers that are exaggerated in many places. In addition, people like the authors of the above message contradict each other when they warn of something and then say that what they warn of has not been researched. Long-term studies are needed, especially when it comes to mobile communications. In addition, previous studies are questioned (see statement 9).

Statement 5: Are you E-sensitive? Have you ever been to the doctor?

Whether and to what extent there is electrosensitivity has not been medically clarified. People who describe themselves as electro-sensitive (probably because of their fixation on this topic), surprisingly often show symptoms that can also be related to many other things. Just visit the doctor and ask for a referral to a psychologist! (This is not a branding of concerned people as insane, but a serious piece of advice, since sleep and heart disorders, poor concentration, etc. can also be psychosomatic.) If necessary, you should just stop looking at videos of Swiss conspiracy sites like the one FOCUS shows (see also statement 10).

As already indicated above: the number 100 has done the education-resistant 5G critics. The fact that a cellular standard is 100 times faster does not automatically mean that the rays are 100 times stronger, more intense or more dangerous. As already indicated: According to official information, the frequencies and their performance are in the limit range, which, according to the 100-fold statement, could not be the case.

Statement 7: The dead birds of The Hague

“In the Netherlands, the birds fell from the sky during tests!” - that sounds wonderfully sensational and anyone who likes to get upset about BILD headlines at the kiosk will get their money's worth. However, no details are given here either. Where in the Netherlands? Which and how many birds? What were the tests? Fortunately, there is the “Mimikama” magazine for this, which operates under the slogan “Think first - then click”. The page shows that the starlings that were found dead within a few days outside the 2018G test area (!) In 5 died of malnutrition. None of this has anything to do with cellular communications:

Statement 8: Trees are being felled for 5G everywhere !!! 1einself

Mimikama is once again addressing the myth that trees are being felled for 5G in cities with a detailed article a. Once again, an alleged example from the Netherlands is refuted. One street there was just replanted. The "official paper" reported by many conspiracy friends is also dealt with. There is no evidence of the clearing of cities in it. Also the Bavarian radio goes into it. More examples from Sheffield or regions in California on the Vice Motherboard comes in, can just as easily be justified logically and not be traced back to 5G.

Statement 9: Who is the ominous environmental doctor?

In the WhatsApp chain letter on the alleged dangers of 5G mobile communications, there is ultimately talk of an environmental doctor. But who is the specialist? On the petition page no one is given as the main petitioner. There is also no reference in the petition text. Interesting are the discussions under the application, despite the missing name, which is why you can ignore the supposed specialist here. In one thread is z. B. pointed out that alleged scientific studies on 5G and its dangers are questioned because of bias and wrong approaches.

Okay, that's not a statement from the message above, but one of mine ... Because some of the crude theories that are being spread about 5G come from Connectiv Events, a website with cranky messages and theories. I'm not giving you a link to the site because I don't want to support the nonsense. But you only need to look at two or three posts on site and you already know that they are trying to pull the money out of gullible people's pockets with nonsensical theories and fake news. No more and no less.

Useful links against the 5G panic