This week Apple is offering "8mm vintage camera"I'm offering a free app of the week for amateur filmmakers - although you can even export 4K video, which is more for the professionals among us. The" 8mm "app has also made some nice videos from the kids for me. Thanks to the funny film effects and the background music, you can even sniff out a nice little film for your relatives from scenes that otherwise seem relatively boring. 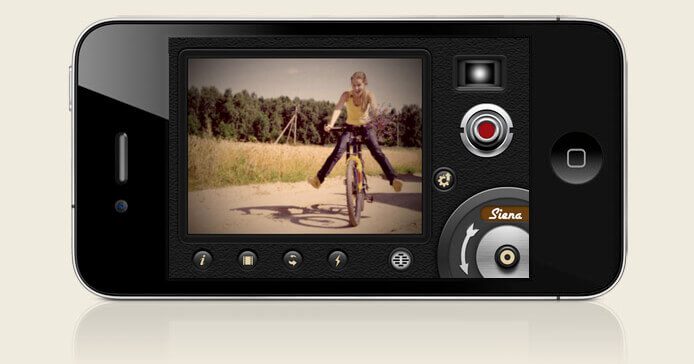 The user interface of the 8mm app is intuitive on the iPhone and makes shabby chic recordings possible in between!

With the app, iPhone or iPad films can be converted into old retro films with a grain effect, film strips, black and white color or even sepia tones in no time at all. The presets are pretty well made and some suitable pieces of music for background music with the corresponding clothes box silent movie music are also in the repertoire.

What I particularly like are the effects, such as reducing the frame rate and light film strips that imitate the look of an old film really well. You can even choose from a variety of camera lenses to perfect the look. 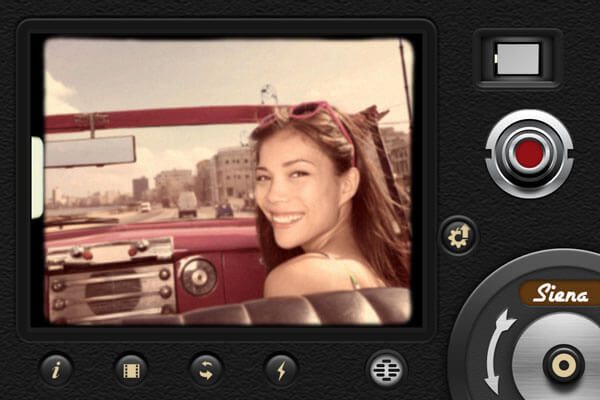 Own films like in grandma's time: no problem with the iOS app "8mm Vintage Camera".

On the app's website you can find some choices as a demoso that you can get an idea of ​​which settings produce which effects in a movie. However, I find that even more meaningful Video gallery on the website, on which you can watch various films that were created with the app.

Here is an example film with a cool b / w look and a lot of film grain:

Anyone who has started the app will find that in addition to the existing film templates, you can also buy 2-3 more. However, this is not really necessary because the free templates look really good.

If you like the app, you can buy it via the following links in the App Store for iPad or iPhone or download it for free this week, as Apple has named it "App of the Week". The link to the app store can be found in the following boxes.