BVKJ recommendation: 45 minutes of screen time for children up to 10 years of age 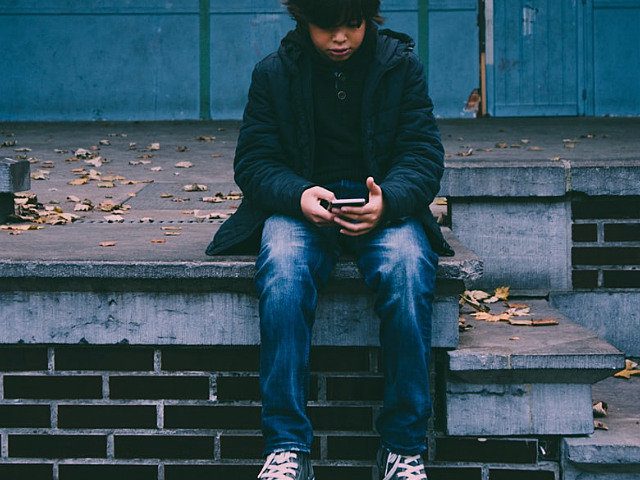 When children are equipped with a smartphone, one question always arises: what is the maximum amount of time they can spend with the mobile phone? Regardless of whether it is an iPhone or Android device, excessive cell phone use can result in both poor posture and myopia as a consequence. In addition to fixed and not too short breaks when children use smartphones, a maximum of 10 minutes of screen time per day is recommended up to the age of 45 - among others by the BVKJ, the professional association of paediatricians

BVKJ recommendation: 45 minutes of screen time per day for children up to 10 years of age. If adolescents use their mobile phones too much, this can be damaged.

Among other things, the ZDF went on December 14.12.2019, XNUMX at this point on the subject. In a one-and-a-half-minute report, Alexander Röttig presents the current findings and demands. In the video entitled “Smartphones for children at Christmas?”, A pediatrician who discusses possible damage has a say. In addition to myopia and crooked posture, too much mobile phone screen time for children also means mental / psychological impairments. A lot can be involved, from overstimulation and sleep disorders to poor concentration and depression. That is why smartphones are actually only recommended from the age of 11 and should (if already) be used for a maximum of 10 minutes a day up to 45 years.

It is clear that parents cannot always enforce this apparently short screen time for children on their mobile phones without problems. There are therefore advice and assistance from various agencies; also for the accompanying use and the overview of the content consumed. For example, the “Look!” Initiative, which sees itself as an advice center for media literacy, has a checklist entitled “Is my child ready for their first smartphone?”; the PDF download you can find here. Some important questions on the checklist are, for example:

In the ZDF video mentioned above, a request for a ban is addressed, which is intended to spark a debate. However, it should be remembered that in our increasingly digitized and technologized world, media and technical competence is (or should be) an essential part of education. That's why there are schools equipped with iPads or similar teaching aids as well as programming offers such as "Everyone can program“From Apple. A general ban on cell phones, smartphones, tablets and the like may still make sense up to a certain age, but from elementary school onwards it tends to be a hindrance to a media-competent education in which both teachers and parents are asked and required.

Of course, you can also force a short screen time when children are using smartphones - for example through parent apps such as “FamiSafe” from Wondershare (currently on offer). However, the restriction and monitoring options could quickly lead to a contradiction on the part of the children, which one must be able to counter first. In the long term, I imagine a dialogue between parents and children that began early on, in which not only the correct use of modern technology, the Internet and personal data plays a role, but also renunciation. Certainly not easy, but worth striving for. This is how the children grow up with the right skills.

More on this topic: Children, Smartphones and Cell Phone Addiction (2017)

What is your opinion on cell phone use by children?

Games, chat apps, video platforms and streaming - this and much more content also appeals to children, and they are very easy to access via smartphone. How do you as parents deal with it - and are you always there when your children hold your or their own cell phone in their hands? Let me know in the form of a comment how you convey media skills and how you explain data protection and the costs of digital services! I look forward to your input. If you still need one yourself, please take a look look-hin.info .