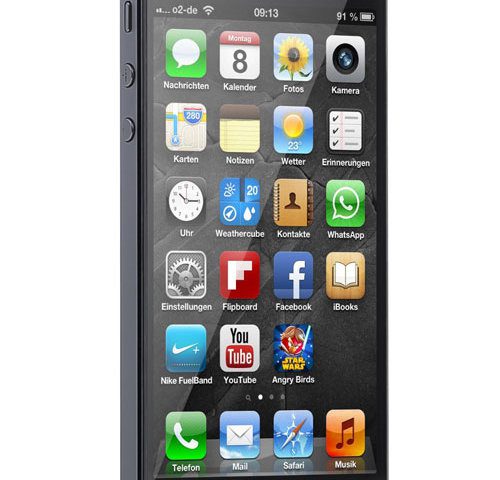 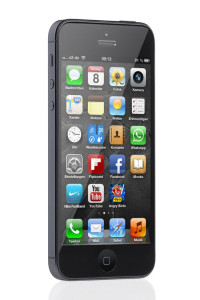 It's bargain time, because after the market launch of the new iPhone, the old model will usually be cheaper in the used trade (Photo: Amzon).

A technical detail that has occasionally caused problems on the iPhone 5 in the past was the on / off button on the top right of the case. This power button has given up its ghost on some models after a while.

Likewise, the paint on the black iPhone 5 peeled off quickly, so that you can see silver dots or areas on the iPhone. Apple exchanges these devices in the warranty without any problems, but if you buy a used black iPhone, you should clarify beforehand whether the paint is still flawless.

What also happens sometimes: Lint in the camera lens: Especially users who constantly carry their iPhone around in their trouser pockets run the risk of lint making its way through the housing in front of the camera lens. Since it is then behind the front protective screen, you can no longer wipe yourself away and you have problems with the lint in every photo.

Where should I buy a used iPhone?

To be honest, I am not a big fan of eBay and Co, because you have no right assessment of how well preserved the iPhone is. If I want to buy a used device like this, I go mostly on Amazon, because the seller has to give a clear assessment of the condition of the device. That's what Amazon delivers clear rulesthat the seller must pay attention to. If the assessment does not match and the seller delivers an iPhone, which was classified as "as new", for example, but should actually have been in "good" condition, then you have no problems getting the money back. Amazon is more on the side of the buyer and intervenes accordingly if there are disagreements.

Of course, all [iPhone models there without a contract and simlock-> iphone-without a contract] are available. If you want to buy an iPhone there, you will find the corresponding link to the various models here:

What are the used prices for the iPhone 5?

If you want to buy a used iPhone, you also want to know roughly what prices to expect. Unfortunately, there is no official site that lists the used prices, but there are a few places on the Internet that can be used to determine an approximate guideline. Of course, it always depends on the condition of the smartphone how high the price is.

One possibility is portals like rebuy.de on which you can also sell iPhones to the dealer. If you play around with the models and status information there, you can see what these dealers are still paying for an iPhone 5. Also Grave accent offers such a purchase service, with which you can calculate the purchase price directly online.

Another option is to observe Auctions on eBay. There you can quickly see the price at which a certain iPhone 5 model is being sold. And the classifieds markets are also not a bad place to go. Although you usually see what the seller would like and not the price that he was ultimately able to achieve.

The final tip for determining a used price is the online retailer Amazon. There you can see the used offers with price for most products and can roughly estimate what is still being traded on the market. The used prices for the individual iPhone 5 models can also be found using the links above.