Despite the tense business situation, Nokia still has the muse for jokes 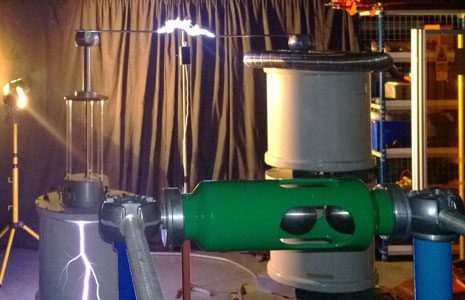 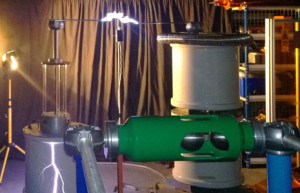 The Nokia fast charger for the Lumia 925 (Photo: Nokia.com).

Sorry if I sound a little sarcastic here, but if I do check out the report on the Nokia blog and then see that people really believe that this is not supposed to be a joke, then I really don't know whether I used to only sleep in physics. Nokia's business position is actually not so relaxed that there is still money and time for such joke reports and trials, but apparently Nokia's SEO department has been looking for an idea for a [Linkbait-> linkbait] - and one has to admit, if that was the intention of the report, then it worked out well, because all the major technology magazines report on the rapid charging of the [Nokia Smartphones-> nokia-smartphone] with the help of a lightning bolt.
Tip: clean up your Mac with CleanMyMac

But what exactly is it ... the message on the Nokia blog describes how in an experiment with Neil Palmer - a scientist from Southampton University in Great Britain - a [Nokia Lumia 925-> nokia-lumia-925] through an artificial 200-kV -Bolt of lightning charged in seconds. The experimental setup is such that the high voltage was generated by a transformer. These 200.000 volts were then sent on their 30 cm path to another transformer, which in turn was used to charge the Lumia 925.

There is also a video on YouTube that documents this experiment. However, there are serious concerns that this is not supposed to be a bad joke. On the one hand, you can see a charging symbol on the smartphone in the video, but it definitely does not charge quickly because the charging bar does not move forward despite the lightning bolt.

On the other hand: Even if the current should be supplied via the second transformer, which is not technically a problem, it should be very questionable whether the charging electronics in the Nokia and the lithium-ion battery would stop these currents at all. In addition, the integrated charging electronics already limit the charging current. This means that even if I were to connect a power supply unit to the cell phone that would deliver 5 volts and 10 amperes, the electronics would not consume this power - just to protect the battery. And I think under normal conditions charging would add even more current to the LiIon battery in a few seconds, which would then safely end its service with an explosion. But maybe I'm wrong and Nokia has not only developed a new induction charger but also a new generation of lithium-ion batteries. But then I would say "Hats off!". : P

But here the video. It's definitely entertaining - especially for physicists, I suppose: