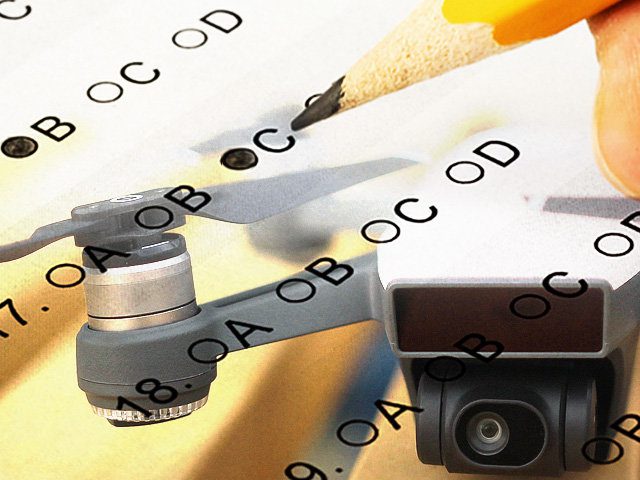 Drones, the “drone driving license” and similar topics about flying with quadrocopters, the legal aspects related to them and the corresponding proof of knowledge are an integral part of this blog. The idea of ​​taking another closer look at the criteria and differences in the evidence of knowledge about permitted drone flying came to me through a conversation with an acquaintance who has been a drone pilot for several years, but for whom the questionnaire for the drone license was not something he simply did so it could be ticked between the door and hinge. Therefore, here are a few more detailed explanations on the topic for all interested parties;)

Drone pilots and model pilots have required proof of knowledge since October 2017. Details about the drone license, exam, etc. can be found here.

A friend of mine made and passed the knowledge certificate for drone pilots ("drone driver's license"). However, he said that he had been studying for two weeks every day - even though he had been familiar with legal matters for over 5 years due to his self-employment as a drone pilot. The crux of the matter is that not only legal information, things about the flight or about drones in general are queried, but also more distantly related things.

My friend said that there would be a lot of questions in a short time, and some things would be asked (meteorology and air law at altitudes over 1.000m) that are actually unimportant for drone pilots. Therefore, the proof of knowledge for drone pilots is very complex and not feasible with basic knowledge and years of flight experience alone. In addition, I found out during my research that there are various tests / questionnaires. I don't want to withhold their differences from you.

Flying a drone: differences in proof of knowledge

Since October 1, 2017, there has been an obligation to provide evidence of knowledge for drone pilots with copters from 250 grams takeoff weight. Special knowledge must be proven in the form of a theoretical examination. The test is carried out by a recognized or designated body of the Federal Aviation Authority (LBA). In addition, a certificate from an air sports association is also possible as proof of knowledge; but only for model pilots.

Incidentally, proof of knowledge from an LBA body according to §21d LuftVO is absolutely necessary if you want to fly a drone with a takeoff weight of more than 2 kg for commercial purposes. So if it belongs to your business (drone recordings, building inspections, measurements, etc.), then this is necessary. For drones under 2 kg you also need proof of knowledge from an LBA office if you want to fly into an airspace for which you need a permit according to §21b LuftVO. And if you live in Bremen, you need a drone license for every copter anyway.

Not all drone pilots can fill out a certificate of knowledge per se and then get a permit to climb and fly. For example, one requirement is that you must be at least 16 years old. Up to the age of 18, a declaration of consent from a parent or legal guardian is also required. In addition, the drone license is only valid for 5 years after it has been issued and issued and must then be renewed.

There is currently no way to take the test for the drone driving license (or officially: for the proof of knowledge) online. According to the Drone Ordinance, it is theoretically possible that online exams can be offered to expel well-trained drone pilots - but the official go is still missing. Things are still being checked here and there, at least some sources say. These things probably relate to the stipulation in the regulation that an online test must ensure the identity of the person being tested and also prevent fraud.

The certification of the knowledge for the proper flying of model aircraft outside of a model airfield can be carried out by a corresponding aviation association or an association named by it. This applies to pilots of model aircraft from 2 kg as well as to pilots who want to fly their model - regardless of weight - over 100 meters high. In contrast to the proof of knowledge for flying drones (especially camera drones), the minimum age here is 14 years - up to the age of 18 but still with the consent of the parents.

In contrast to the drone driving license, the “model flying license” can also be completed online - there are offers from the German Aero Club (DAeC) and the German Model Aviation Association (DMFV). In addition, the scope is not as large as with drone flights, there are no 50 questions from aviation law, flight operations, control, meteorology and Co. In addition, there is no verification of identity or attempted fraud - another difference to proof of knowledge for drone pilots.

More information: Links on the topic