Watch the World Cup on your iPhone (and other Apple devices) 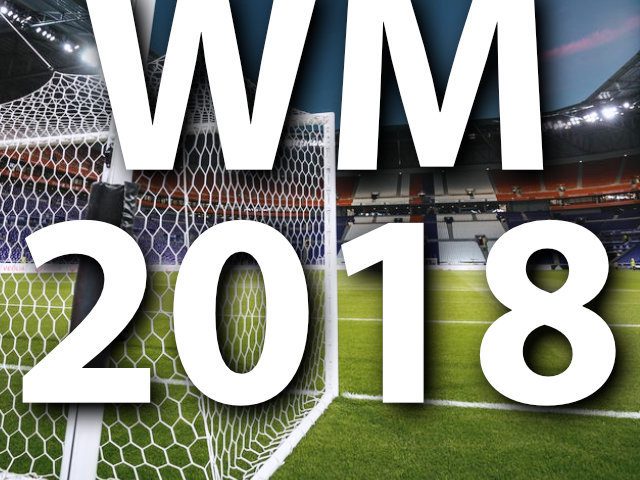 The 2018 World Cup in Russia begins today. If you want to call up the World Cup, individual games and results as well as other information, you can use the system's own services on Apple devices, among other things. For example, you can ask Siri on the iPhone as well as on the iPad, iPod Touch and Mac when games are taking place, when which national team is playing or how Germany performed last time. Official information out Cupertino as well as my own attempts of the respective possibilities I have compiled here for you. 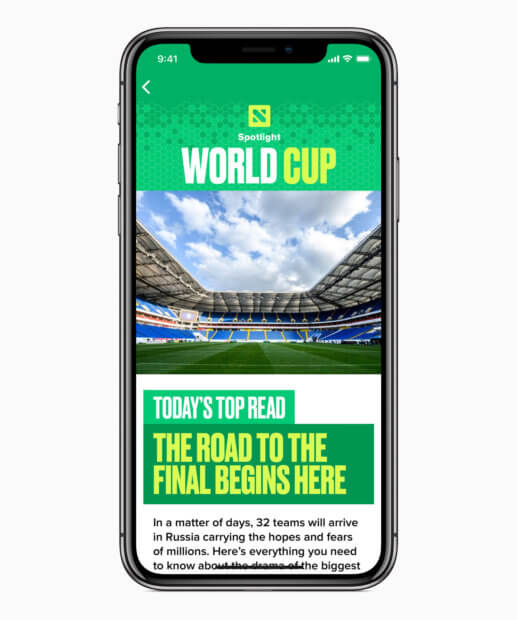 Football World Cup 2018 in Russia thanks to Apple in view

Apple has in a press release wrote that in addition to the 26 countries in which Siri can already answer questions about sports (including Germany), these were added before the World Cup: Brazil, Russia, Denmark, Finland, Malaysia, Turkey, Thailand, Saudi Arabia and Israel. In addition, a wide variety of questions are possible, to which Siri can provide informative answers. These are mentioned as examples: 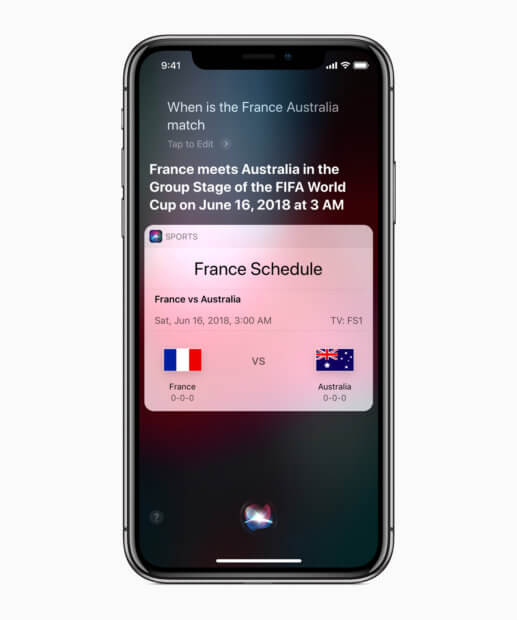 If you don't feel like football and are not interested in the hype surrounding the World Cup, you shouldn't look at the iOS App Store that often in the next few weeks. As can be heard from Apple, the source of supply for mobile software is also occupied with the topic:

For the whole month, the App Store editors will present their favorite apps and games from soccer stars, give tips on how to take the perfect soccer photo and how to get your own kick on social media. The App Store will also feature key football-related apps and games to allow fans to dive deeper into the experience, with official apps from TV channels like FOX NOW or BBC Sport and games like FIFA Mobile and PES 2018.

Football-related content can also be consumed during the 2018 World Cup in Russia via Apple TV and the corresponding app for iPhone and iPad. In the USA and Canada, where the Sports feature of Apple TV is available, you can even use the reports / broadcasts of the corresponding stations. The news app will of course also be able to report on the soccer World Cup. Apple Music also offers playlists of music for football enjoyment in all participating nations; and for Apple Podcasts it says from the official point:

Apple Podcasts will present an editorial collection entitled "The Beautiful Game", in which users will find programs such as Jetty's "Game of our Lives" and gimlets "We Came to Win", which cover the dramaturgy on the soccer field, as well as traditional ones , can find established sports podcasts like "Men in Blazers".

There will also be an editorial collection in iBooks called “The Beautiful Game”, in which there will be publications on the round leather and the corner that it has to go into. By the way, for this article I briefly asked Siri about three things about the World Cup. She was also able to give suitable answers on the Apple MacBook Pro (with macOS 10.13 High Sierra): 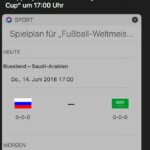 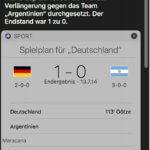 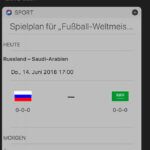