Instructions: Turn off, shut down and restart the Apple iPhone 11 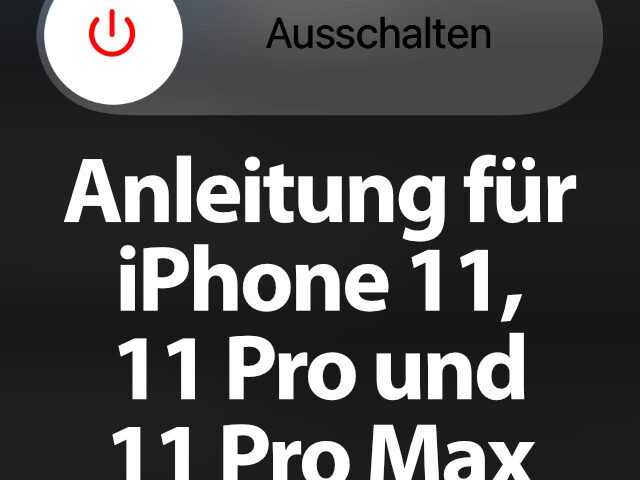 How to do that Switch off Apple iPhone 11 and shut down is not immediately apparent. But with these instructions you can do it. In this guide you will even find two options with which you can switch off the iPhone from 2019. For the first you need the buttons on the sides of the smartphone. For the second only the screen. The tips shown also help when switching off Apple's iPhone 11 Pro and Pro Max.

Turn off the iPhone 11 and shut it down: Here's how!

If you want to switch off or restart the Apple device, you need the side button (right) and a volume button (left) for the fastest method. It doesn't matter whether you use the volume up or down key. It is only important that you hold them down with the side button at the same time for a few seconds. Then the Power Off slider appears. Drag this over the word "switch off" from left to right, and the iPhone shuts down.

Here are the brief instructions for switching off the iPhone 11 again:

Switching off the Apple iPhone 11: you have to hold these buttons down for this. Then swipe across the display and the smartphone shuts down.

Switch off iPhone 11 (Pro / Pro Max) without buttons, via settings

You can also switch off the Apple smartphone if the buttons do not work - completely via inputs on the display. If you want to send it to Apple Service, for example, so that it can be repaired and the side button functions can be restored, you have to be able to sort it out somehow. And that can be done via the settings in iOS. So you go on iPhone 11 / Pro / Pro Max from 2019 before: 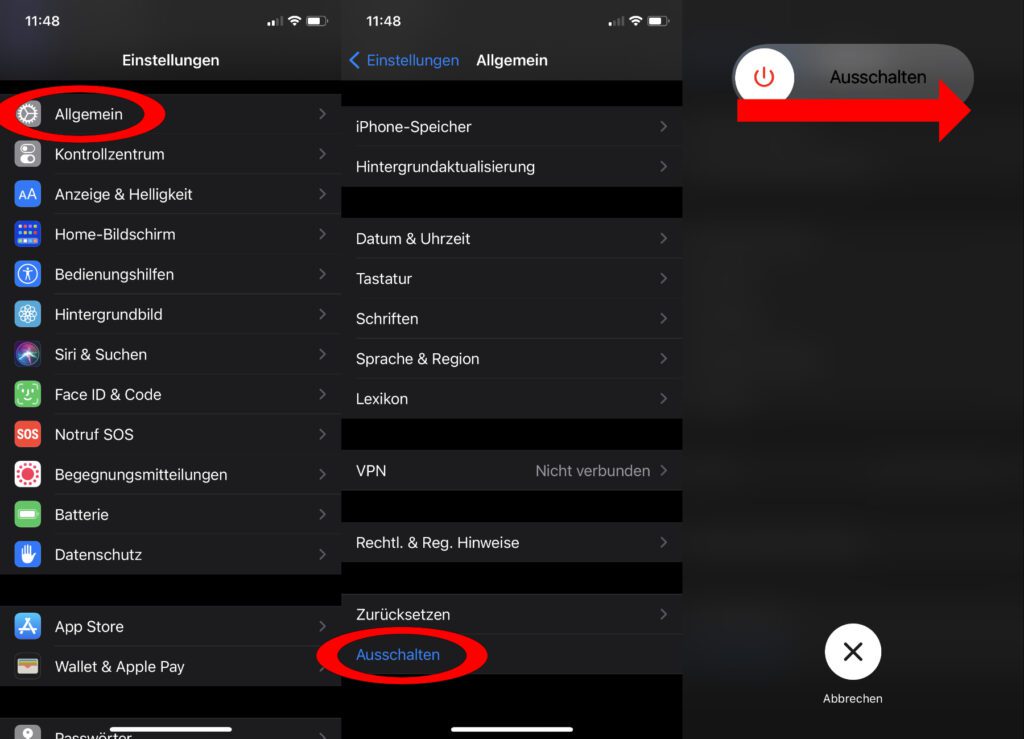 Switch off the iPhone 11 / Pro / Pro Max via the iOS settings: Settings -> General -> Switch off -> Swipe the slider.

To restart, so turn the iPhone 11 back on, simply press and hold the right side button. Release them when the Apple logo appears. The iPhone now boots up and you then have to enter your unlock code and the PIN of the SIM card. Then the iPhone 11 can be used again as usual.