DJI Mavic Air: Unscrew the original lens and mount the ND filter - this is how it works!

I recently explained in this post how important ND filters can be for video recordings. My ND filter for the Mavic Air are unfortunately still on their way, but I just thought I'd try to unscrew the lens of the camera. With the tiny lens and my sausage fingers, I was prepared for the fact that it shouldn't be child's play.

Unscrewing the lens - a puzzle for gross motor skills

The problem with the unscrewing action is actually the gimbal, which is constantly turning away, and the compact design of the camera mount on the Mavic Air (certainly also with the DJI Spark!). It is difficult to grasp the camera unit and then you still have to have enough space to turn off the lens with two - or ideally three - fingers.

But in the end, that wasn't the crux of the job: The really difficult thing is that when you turn it you have the feeling that the thing is sitting bombproof and you damage the lens or the holder if you turn it harder.

So I did some research in various forums and found old threads from people who had this problem with the Mavic Pro or the Phantom 3 or 4. The cover of the lens simply cannot be moved - despite enormous effort.

You have to unscrew the front ring on the camera of the Mavic Air so that you can then screw on an ND filter. A real challenge for big fingers due to the advancing miniaturization.

You will then find a wide variety of tips from people, which I would like to mention here just for the sake of completeness. I explain how to do it right below. But here are the tips:

You can see that some very desperate people are at work here. And I have to admit, nothing happened to me either. I tried the scotch tape method, but the lens on the Mavic Air is simply too small to work with scotch tape. The idea with the index finger, which is placed around the curve of the cover, is good in itself, but difficult to achieve with large fingers.

Pliers themselves might work if you put in a pad against scratching, but I find it very difficult to use them to properly gauge the force. The thin aluminum housing is bent or tilted too quickly or even the lens glass is damaged.

The best solution, which has also worked for me, is a combination of different approaches. The first important approach is: put on rubber gloves. I took such thin cleaning gloves that were still flying around in the cleaning corner. The reason why it often doesn't work with your bare fingers is due to the fact that you build up too much pressure (to prevent slipping) and so you can no longer turn the thread properly. You are practically working against yourself. The rubber gloves give you enough grip so that you can work with little force. 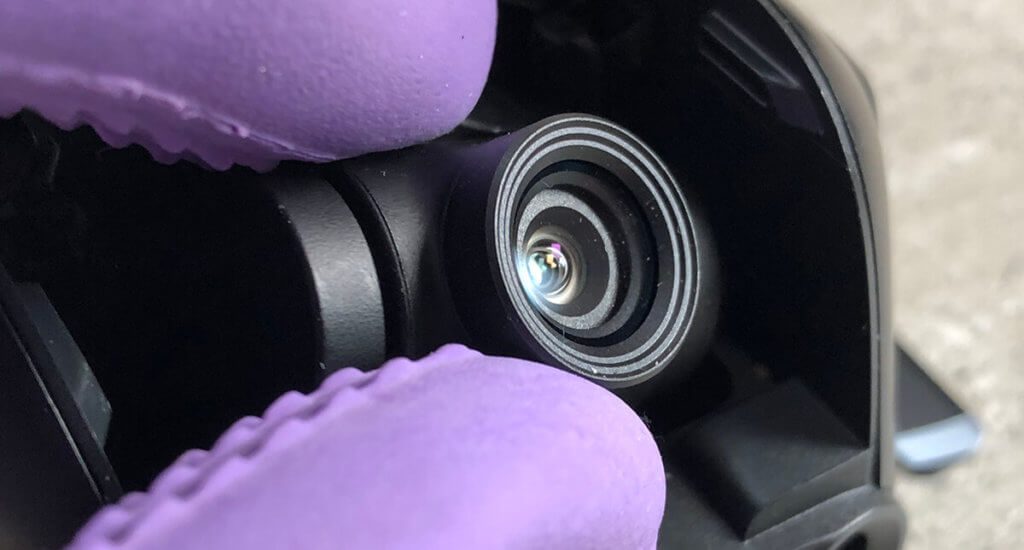 Armed with rubber gloves, hold the gimbal with one hand and use the other to loosen the lens attachment (Photo: Sir Apfelot).

The second important tip is to use three fingers to grip to further distribute the pressure. I once took a picture of you holding the lid of a milk carton, showing you how to grip the lens of the Mavic Air or the Spark. With the other hand I hold the gimbal (also visible in a photo). 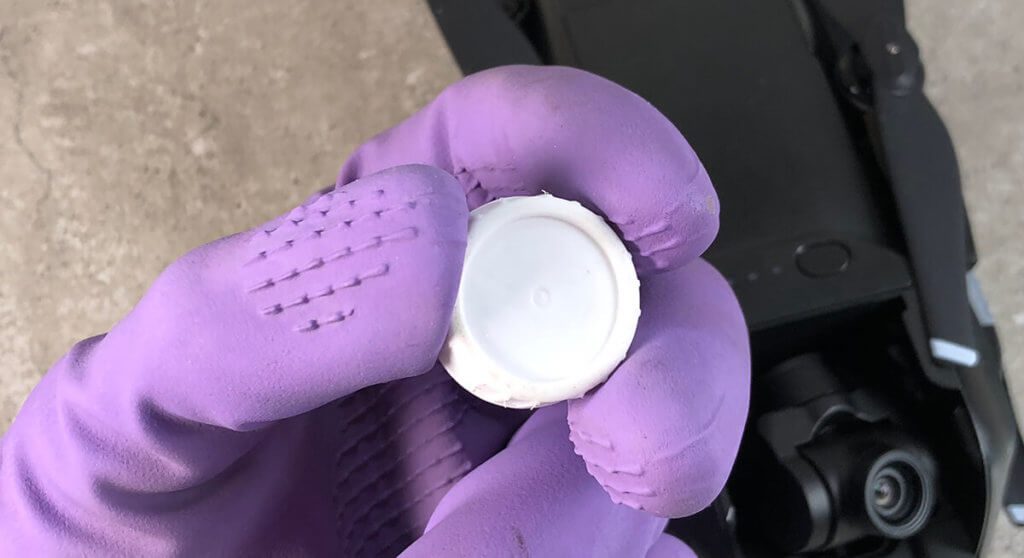 Here I show you with a milk carton lid how to grip the lens of the Mavic Air and turn it off.

After many unsuccessful attempts without "aids", it worked within seconds with the gloves and the right grip technique. I then simply screwed the lens back on less tightly so that it would come off more easily next time. Once you have solved it, it works very easily even without gloves. You just have to develop a feeling for it.

I found it surprising that after unscrewing only the aluminum ring, but not the lens itself, was unscrewed. The lens sits firmly in the camera.

My reader Andreas introduced me to another solution with which he could loosen the ring around the lens. He put a flat rubber around the ring and then fixed it with a small cable tie. This distributes the forces perfectly and you can loosen the ring without much effort. For illustration he sent the following photo so that you can see how it works in detail. 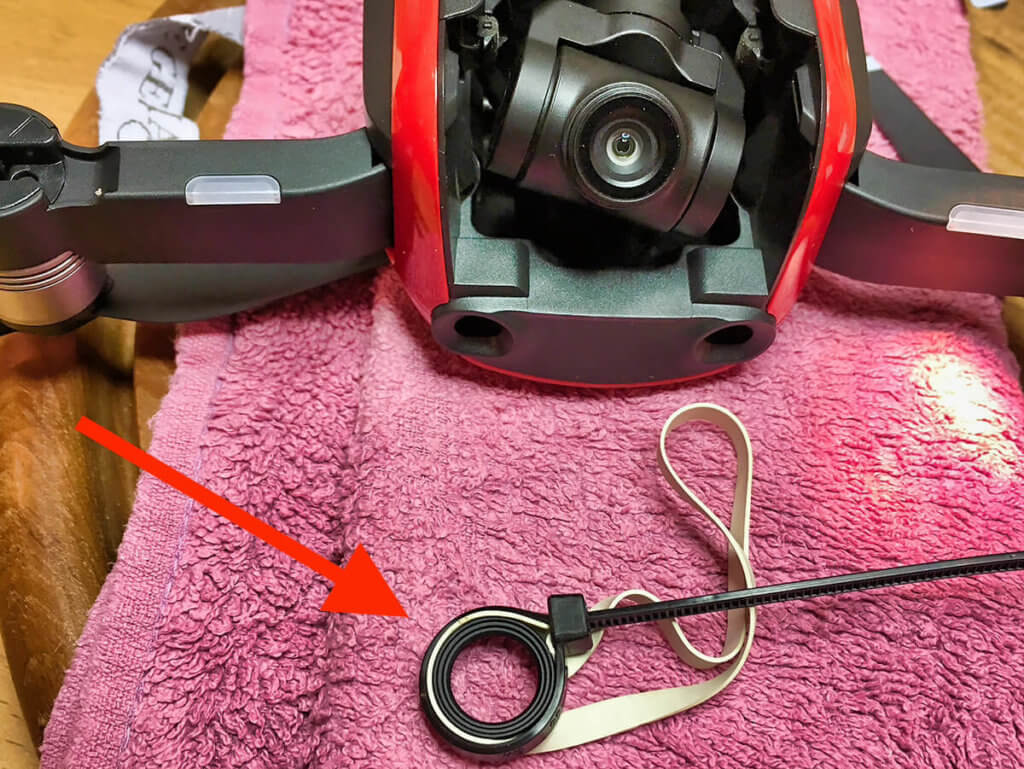 Here the aluminum ring was clamped on the lens with a flat rubber and a cable tie and then unscrewed. Thanks for the photo, Andreas! (Photo: Andreas Propp)

The above tips should also help you with other DJI models, because unscrewing the lens on the Phantom drove as many people to despair as it did with the Mavic Pro. If you found my tips helpful or liked, I would be delighted if you would share them with other copter pilots: Sharing is caring! ;-)

If you are interested in the Mavic Air, I can recommend two articles. One is mine Large collection of questions and answers about the mini drone and the other is the direct one Link to the DJI shop, where you can buy the Mavic Air.