I have just received another request from a customer whether I would have time in week 38 to make an appointment. So on to the Mac calendar (which is no longer called iCal) and take a look ... ah, there was something ... unfortunately the Mac calendar doesn't have any. Or is it?

Yes, of course it has - just not by default. You don't have to mess around with any plugins or extensions from third-party providers, as some wise guys write, but just go briefly to the settings and put a tick there: "Calendar" -> "Settings" -> "Advanced". Then put a tick in "Show week numbers" and you're done. From now on iCal will also display the week numbers. 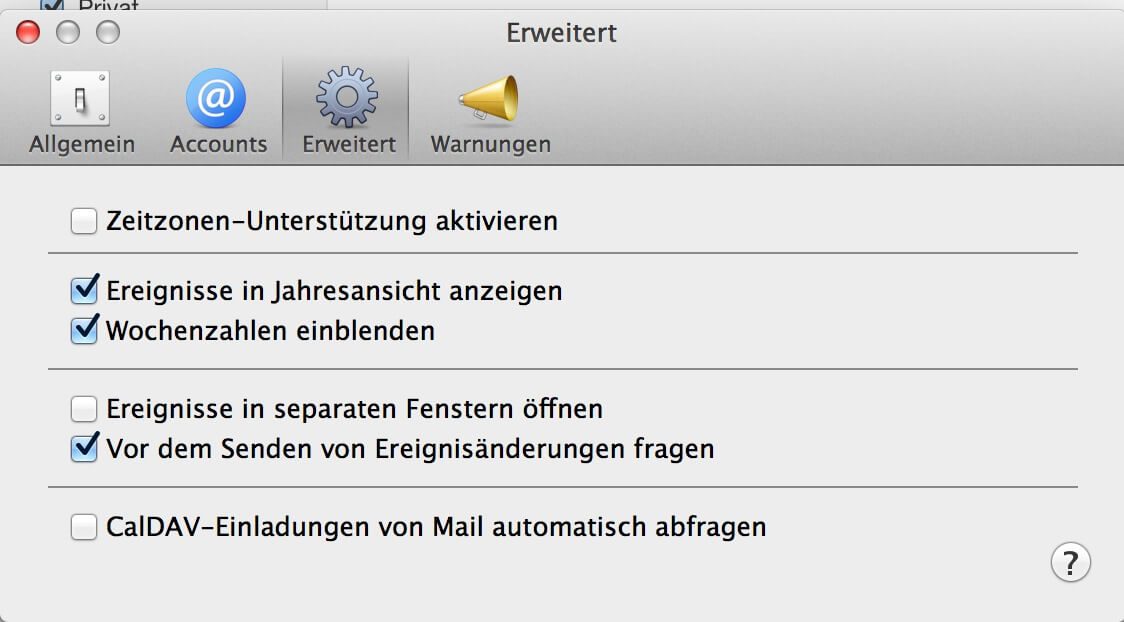 The week numbers can be easily shown in iCal or in the Mac OS X calendar.