What is a .MDX file? Can you open it? 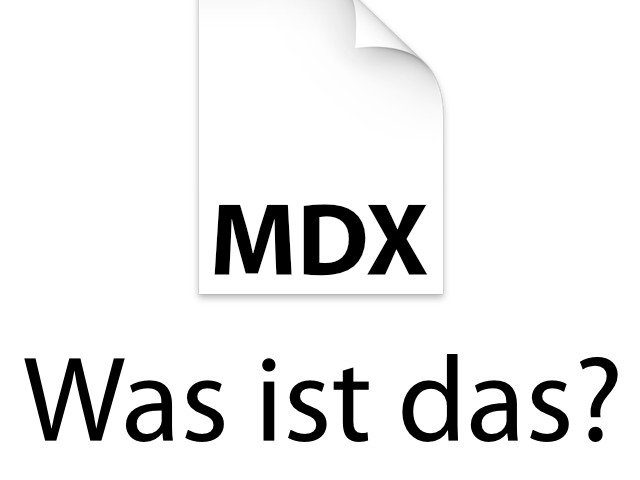 You have found an .mdx file on your Mac or PC and don't know what to do with it? No problem, because here you will find the answers to your questions about the MDX file format. But before that, a note to avoid possible confusion: there are two types of files with this extension. One of them can be image files, similar to ISO. And in one case it can be 3D image files that are used for the Blizzard game "Warcraft III" to create three-dimensional models. Then they are binary versions of MDL files.

What is an .mdx file and how can you open an MDX file? It depends on whether it is a DVD image or a 3D graphic from Warcraft III: D

MDX files, in the sense of the full term "Media Data Extended", are image files that can contain DVD content, for example. You can take it with you ISO files compare which act as virtual DVDs on the hard drive or on other media. Opening these MDX files is usually possible with programs that can also open or mount other drive images. You can also burn MDX images and thus create a physical data carrier with the corresponding content. If you are ripping a DVD, CD or the like, I would still recommend the ISO format as it is more common and can be opened by many programs.

You can find an .mdx file on the Mac or PC even if you have or had installed the game "Warcraft III" from Blizzard Entertainment. Since these are the 3D models that give the game world, characters, objects, buildings and other elements their appearance, .mdx files can also be used for mods. They are binary versions of MDL files. If you are a modder or if you download ready-made modding packages for the game from 2002, then you will certainly be dealing with such files. You can only open a 3D model in the form of an .mdx file in special apps and converters. Otherwise, they will open as one of many records when you run the game.