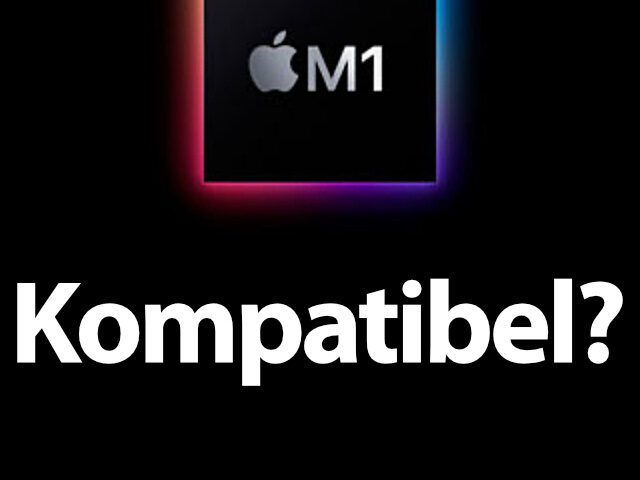 With the “Apple Silicon” Apple in June announced the move away from Intel chips. Since November The first computers with so-called M1 chips are now on the shelves. But that doesn't just bring advantages. Because although the performance has made a massive leap and the efficiency of the systems has increased at the same time, there are compatibility problems with some programs. Some apps do not work at all on the new Macs with ARM chip architecture, others only via Apple's "Rosetta 2" feature. A few are already available natively and do not need emulation. You can find out in which category which apps can be classified with two websites.

Which app works on M1 Macs? - Is Apple silicon ready?

The first page is called “Is Apple silicon ready?”, You can via this link to reach. The simply designed page shows which apps work natively with M1 Macs, which are translated via Rosetta 2 and which do not work with the new MacBook and Mac mini models. In addition to these three categories, which you can select with the green, yellow and red symbols, there are also categories according to which you can filter the apps: Design, Music, Web Browsers, Developers, Video Production, Photos, Finance, Productivity and Programming Languages. With just a few clicks you can find out whether the app you want to use is already running with Apple Silicon.

I Apple silicon ready? Is the new M1 chip in ARM Macs ready for the concentrated load of apps? And which app does not yet work (natively) with the new Apple computers? Find out here.

Will my apps work with the ARM chip? - Does it ARM?

The second page is called "Does it ARM?" And you can find it with this link. It has a very similar structure to the aforementioned page. At the top you can choose the type of app you want from a menu: Developer Tools, Music Tools, Video and Motion Tools, Photo Tools, Entertainment and Games. You can also filter the results according to “Full Native Support”, “Rosetta” and “Unsupported”. So if you can't find any information on the developers' websites or don't want to search long there, this page will also help you find the information you need about the compatibility of apps with M1 Macs. 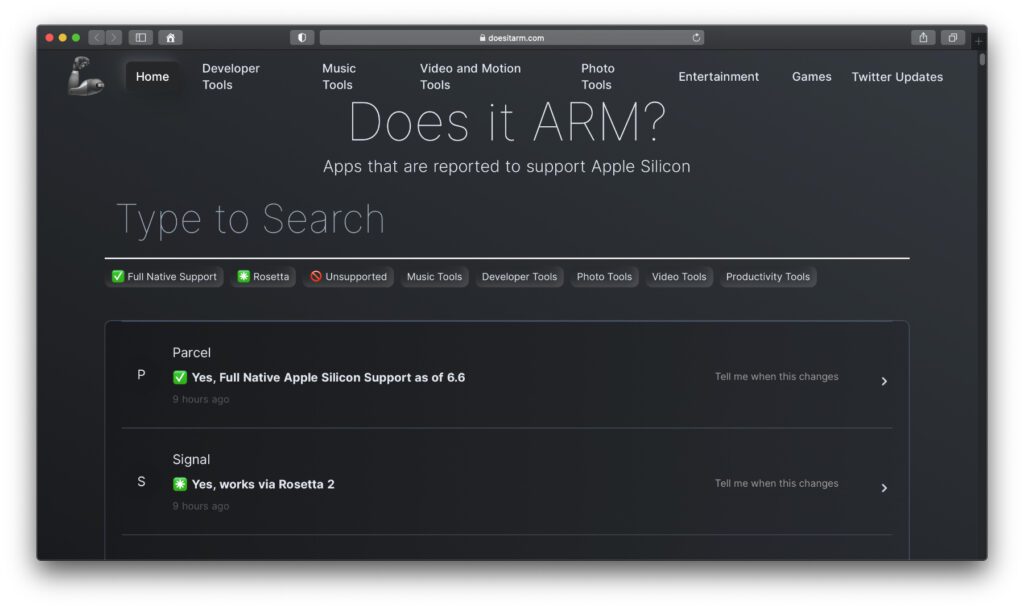 Does it ARM? Which programs and software versions can be used with the ARM chip in the "Apple Silicon" Macs? This page also provides information about app compatibility.