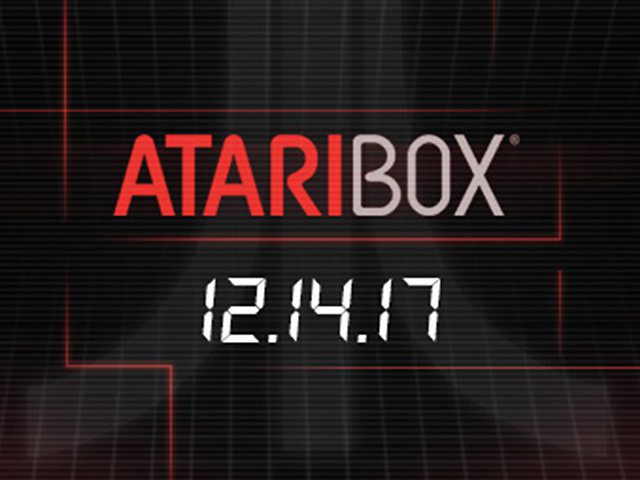 "let the games begin“, The Ataribox team is currently writing by e-mail to everyone who has signed up for the newsletter for the new Atari console in good time. Furthermore, it says “It's time!” - and then it is announced that you can pre-order the Ataribox before Christmas 2017! From December 14th it should be possible to buy the Ataribox. Further information will then be sent by email within the next few days. In addition to the main sale, there will also be limited deals, thanks to which you can order the Ataribox as an early bird - at a low price.

Update 14.12.2017: Atari announced in another email today that the launch of the Ataribox (at Indiegogo) has been postponed because it is taking longer to "build the platform and ecosystem the Atari community deserves." I have the wording of the email for you here:

The countdown to the Ataribox launch on Indiegogo has been officially paused. Because of one key element on our checklist, it is taking more time to create the platform and ecosystem the Atari community deserves. Building Ataribox is incredibly important to us and we will do whatever it takes to be sure it is worth the wait.
An updated launch plan is underway and more detailed information will be available soon.
We will be keeping you, our community, informed every step of the way. Thank you again for your support of Ataribox.
-The Ataribox team

Pre-order the Ataribox: price and release

The last time there was major news about the Ataribox project was in September 2017. At that time, details about the CPU, the graphics card, the operating system and preinstalled Atari games were published. There were also new pictures of the case, which will be available in at least two designs. In addition, information on the Ataribox price and the release of the retro console has already been made. "The release of the Ataribox is planned for spring 2018. The price is said to range between $ 249 and $ 299.“I had you guys already in this post summarized. With regard to the release of the new Ataribox there is English language Wikipedia Q2 2018.

Email from the development team

This short and a bit cryptic email reached me today at 15:00 p.m.

Ataribox will be available for pre-order on December 14th, 2017. You'll be the first to know before pre-orders go live. Our team would like to offer our earliest supporters a chance to grab Ataribox at an exclusive discount, so keep an eye on that inbox.

These deals will be extremely limited. We'll tell you everything you need to know to get the best deal soon.

After Atari left the hardware business in 1996 as a result of the “Atari Jaguar”, a real sell-out followed. Numerous so-called "Flashback" consoles with compilations of old games, some of them great classics, were gradually thrown onto the market. With the Ataribox, Atari announced the first “real” comeback in hardware in 2017. Not only should the new console contain a lot of old classics, there should also be new games. With modern graphics, a powerful processor, and many customization and connection options (SD card, Ethernet), the new product is expected to be a console that could compete with current high-end game boxes (PlayStation, Xbox, Nintendo Switch).

Not just for friends of the Atari 2600

So from December 14th 2017 you can pre-order the Ataribox. Then, among other things, retro fans who have enjoyed playing on the Atari 2600 from 1978 will get their money's worth. Because the design of the housing of the new box is clearly based on this console, including the wooden paneling on the front. In addition to the traditional look and feel, there will also be preinstalled classics from Atari game history. What new titles there will be (besides Skyrim, which is available for all devices;)) remains to be seen. From spring 2018 you can expect the first test of the Ataribox. If you want to pre-order the Ataribox to make your first Let's Plays with it, you might also be interested in this product: Elgato Game Capture HD60 S.

If we thought in June that the new Atari project was a fake, we are now three days before the opportunity to pre-order the new console. Buying the Ataribox is expected to be possible from 2018. It remains to be seen which games will be available for the release (pre-installed and as new titles). I am definitely curious and keep my eyes open: D