Using Siri on macOS 10.12 Sierra on Mac and MacBook - commands and questions 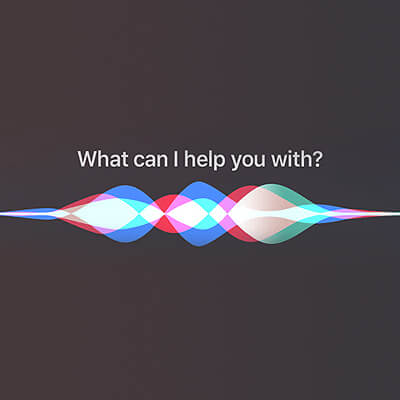 The language assistant Crab you can use macOS 10.12 Sierra on Mac, iMac, MacBook, MacBook Pro and so on. Apple also provides plenty of material on its official support pages. Because although you can find the right commands for Siri through trial and error on the Mac, it is much easier with an overview of the commands shown by Apple. In this little post I would like to show you some Siri commands for the Mac and of course the corresponding Apple Support page.

The Apple voice assistant Siri can answer questions and commands under macOS on Mac and MacBook. Do you use Siri under MacOS Sierra on the Apple computer or laptop? (Image source: Support.Apple.com)

Useful commands and questions: Use Siri on macOS on Mac

Siri does not need a request and thank you and shows you those files after the command "Show me the PDFs in my Downloads folder." So you don't have to click through the folders and look at the PDFs yourself. So using Siri on your Mac saves time. Speaking of time: “What time is it in Sydney, Australia?” - with this question you don't need to change the system's time zone or go to Google or other tools. On the Mac under macOS, Siri shows you not only system content but also answers to questions like these.

Ask Siri for details about the Mac or MacBook

The Apple voice assistant can do much more than just search for files and determine the time in other parts of the world. For example, asks "How much free space do I have on my Mac?" And gets an answer to that too. Especially those who do not know the system very well or do not dare to dive into it because they think they can change something (at this point, greetings to the parents' generation;)), can use Siri on the Mac to get information about the system to get.

Overview of commands for macOS and iOS from Apple

On its support page, Apple not only offers lists of commands for Siri under macOS and iOS, but also ways to call up the most common commands directly in the system. It also shows how you can change the settings for Siri on your Mac, iPhone or iPad. You can find the relevant information here:

Your opinion on Siri on iPhone, iPad and Mac

What do you think of the use of Siri in general and on the Mac, iPhone or iPad in particular? Do you create contacts and appointments with Siri or let them set the alarm? Does she access your calendar or do you let her search for tweets? Feel free to leave a comment (or let Siri write a comment)!