These Apple iPad models are compatible with iPadOS 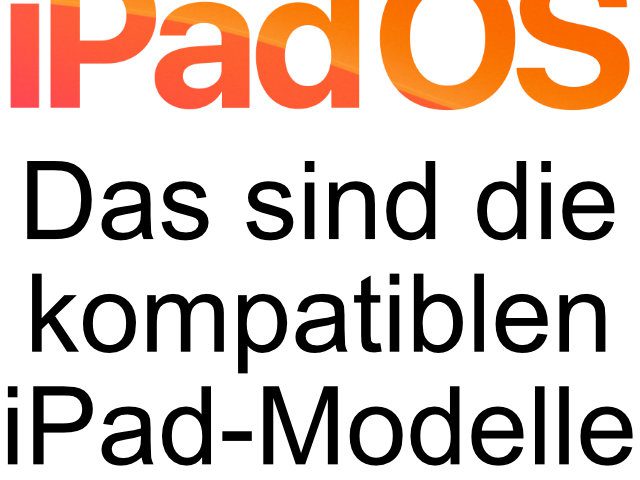 At the WWDC 2019 keynote in San Jose on June 3, 2019, Apple presented iPadOS, among other things. This is the iOS 13 alternative for common iPad models. In this little guide I have summarized which Apple iPad models are compatible with iPadOS. I will also give you a few useful links on the way. For example, the one about the blog entry, in which I have summarized the features and tools as well as pictures that can be expected with the tablet operating system coming this fall. You can leave comments and questions under the following text;)

Everything you need to know about iPadOS: WWDC information

These Apple iPad models are compatible with iPadOS! Here you get the list with the tablet generations as well as Air, Pro and mini versions that get the iOS 13 alternative.

The Apple iPad models that will get iPadOS in autumn 2019 can be found here. If you don't know which model you have, you can find out relatively quickly. Just look at the model number on the back of your tablet and compare it with the information this support page from. You can also find it here in the blog a guide determine the iPad model. Once you have found out which one you have, you can compare it with the following list to see which Apple iPad models are compatible with iPadOS.

Information on iPadOS from official sources

The official website for the first iPadOS from Apple is currently only available in English. Nevertheless, you can simply scroll down (relatively far). Then you will find the above list communicated directly by Apple. There is also a “Learn more” link that takes you to Apple's iPad page. 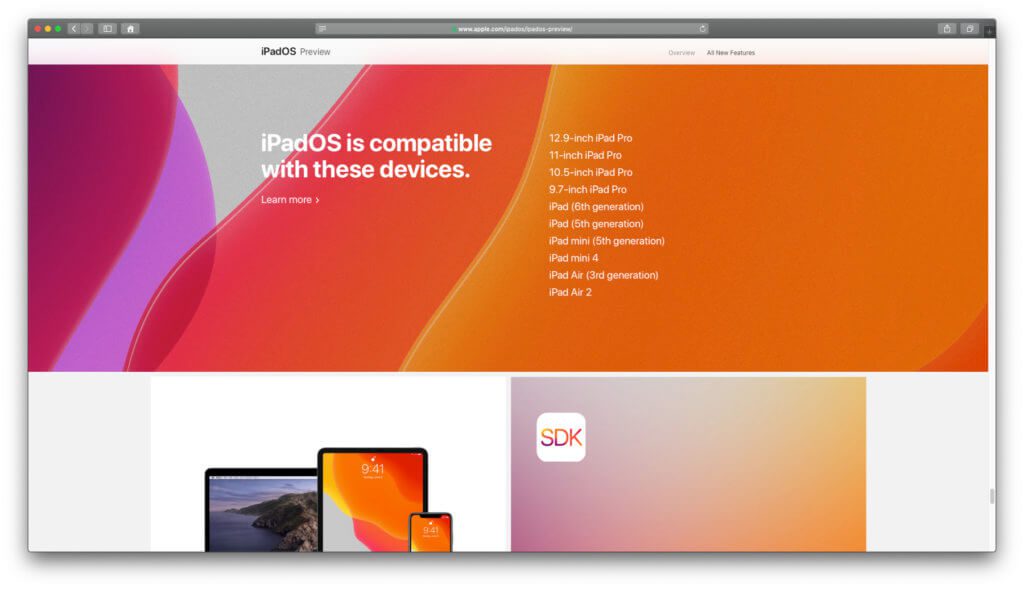 The official list of iPad models that get iPadOS only contains model information, not years or model numbers.

But of course there is also one German press release, which also shows all the great new features and tools that come with the new operating system on compatible tablets. But there is no list of devices that get the system at all. But that's why you're here on this page. Especially since you also get the years and not just the names;)

Apple WWDC 2019 Keynote in the video