These Apple iPhone models are compatible with iOS 13 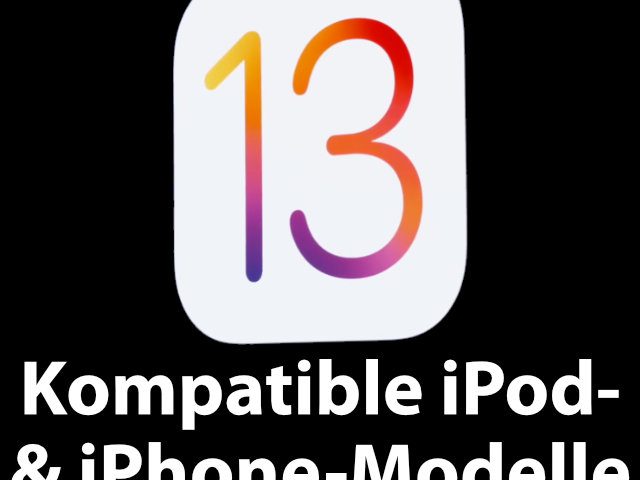 At the WWDC 2019 keynote in San Jose on June 3, 2019, Apple presented iOS 13 for iPhone and iPod Touch, among other things. Apple iPad models have their own new operating system: iPadOS. That is why I have only listed the mobile phone and media player versions that will be equipped with the mobile device operating system that is coming this fall. At the end I added links to the Apple site for you, with which you can see detailed information about iOS 13. But there is also a post here in the blog;)

Everything you need to know about iOS 13: WWDC information

These Apple iPhone models are compatible with iOS 13! Here you get a list with the smartphone names and the year of publication.

There are a total of eleven (currently available) mobile phone models from Apple that are equipped with iOS 13. In the following list you can find all models with their year of release. This should clearly list whether your device can be upgraded to the new system in the fall. If you are not sure about your device model, take a look at Settings -> General -> Info -> Model name ;)

At the end of May 2019, Apple released the 7th generation iPod Touch. In addition to music and films, the new media device should also be great for FaceTime and Apple Arcade. In return, the latest mobile device from the technology giant from Cupertino will also get iOS 13. In autumn there will be an upgrade that can be downloaded directly from the Apple App Store. You can find detailed information about the iPod Touch 2019 here in the blog; fast and easy with this link.

The official website Unfortunately, iOS 13 is only available in English at the moment. But you can simply scroll down (relatively far) and you will find the list of compatible devices. In addition, there is of course information and pictures about the individual functions that can be used with the new operating system. 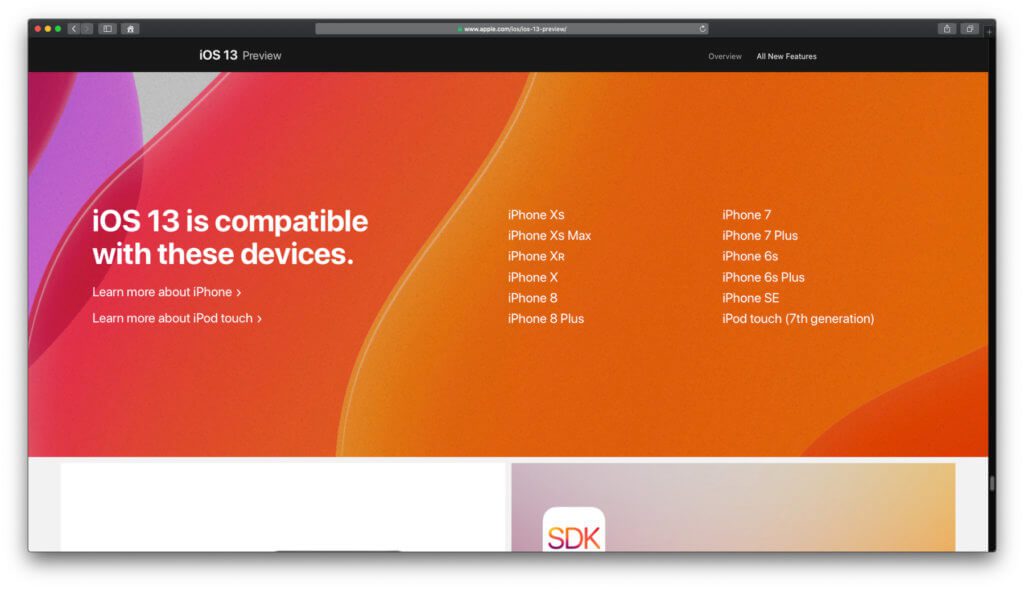 You can see which Apple iPhone gets the new iOS 13 on the official preview page of the system, among other things.

If you don't speak English, you can use the German press release go to iOS 13. There you can also get an overview of the features and tools coming in autumn. However, there is no list of compatible devices. If you have any questions or things are unclear, just click through the linked sources or leave your question here as a comment;)