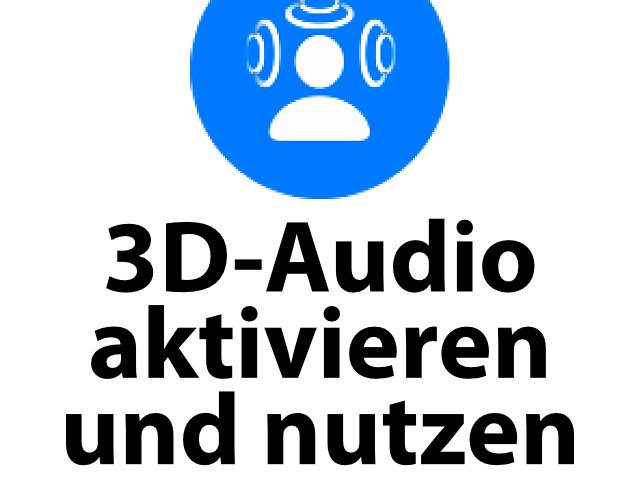 How can I get the new one 3D audio Activate feature? How can I try it out? Which apps and videos does it work with? I will answer these and other questions for you at this point. At the beginning I'll show you how to do it in English Spatial audio can turn on the mentioned function. Then I go into individual compatibilities and questions about usage. If I have forgotten an aspect, please leave a corresponding comment;)

Activate and use 3D audio: Here's how! Here you will find instructions for activating Spatial Audio on the iPhone and iPad as well as free sources for films and series (including Netflix and tv +).

Enable 3D audio for the AirPods Pro: Here's how!

In order to be able to use 3D audio (spatial audio), you need a compatible iPhone or iPad (see below) and the current OS. Of course, the Apple AirPods Pro are also required. These must have firmware version 3A283. How you check this and how you update the headphones, you read that in this manual. If all devices are compatible and equipped with the latest software, you simply work through the following steps (tried out on the iPad): 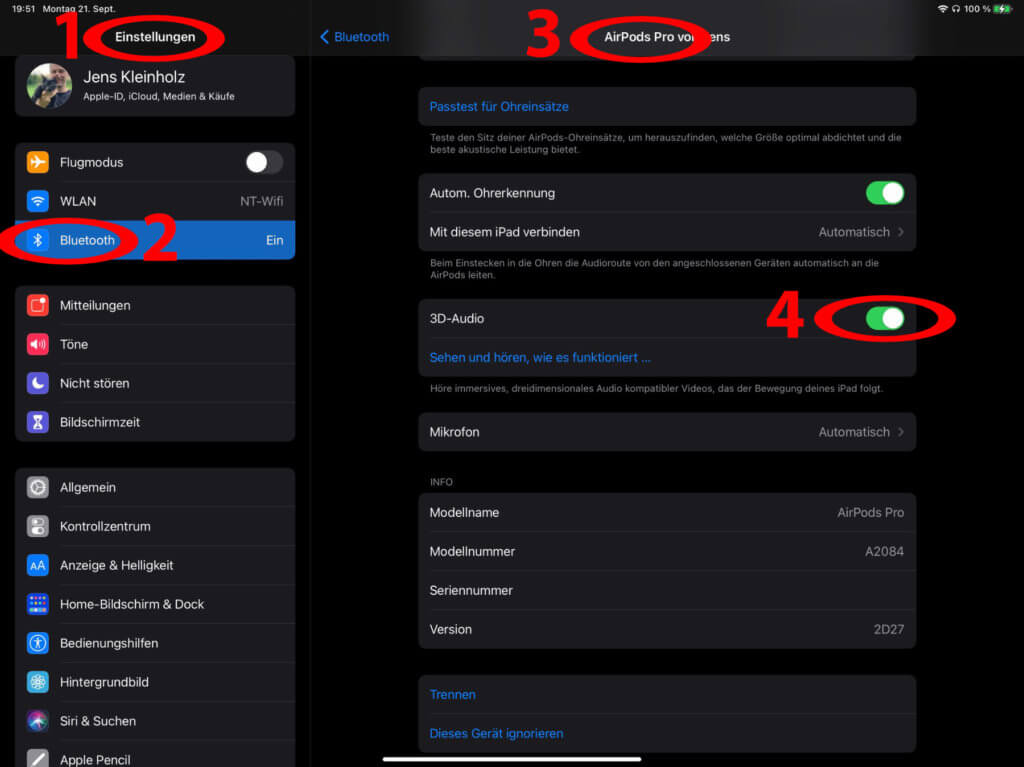 Enable 3D audio for the AirPods Pro: Here's how! 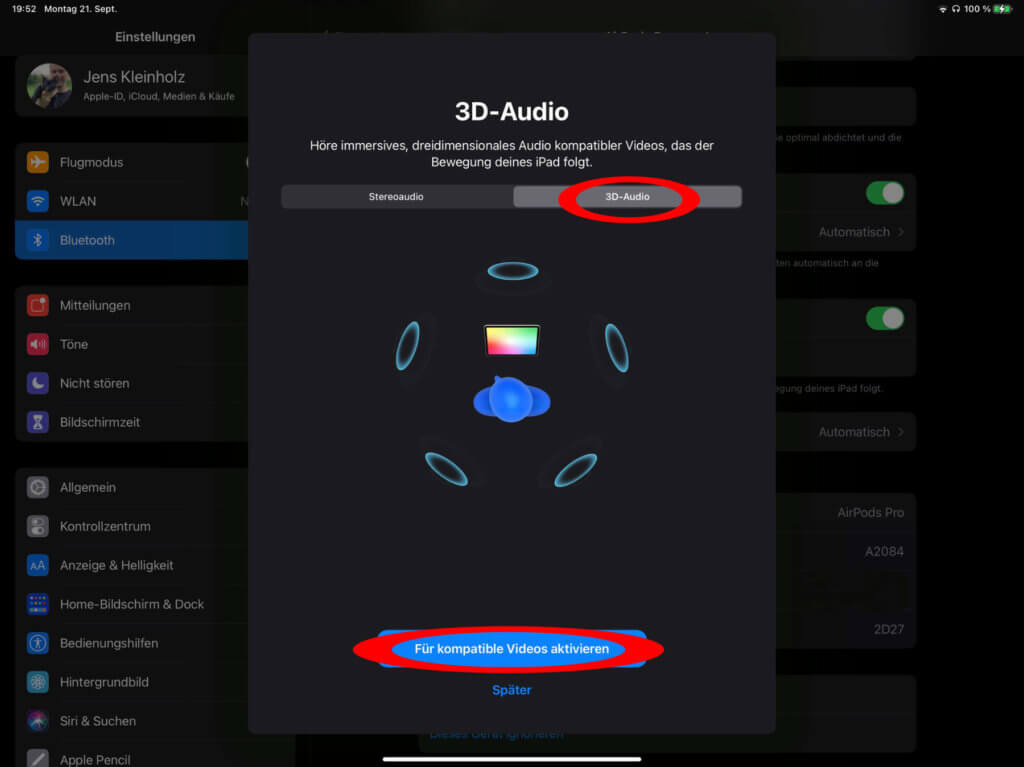 You can get more information on your device.

Official information from Apple: Support page on the subject

These devices and systems are compatible with 3D audio

As noted above, not all Apple devices can be used with the new feature. If you want to try out spatial audio or 3D audio and use it for films, series and videos, you will need this equipment:

Listen to the 3D audio demo with your iPhone or iPad

On the screenshot above of my iPad settings you can see that under the 3D audio option See and hear how it works ... stands. Tap it on your Apple mobile device to listen to a demo for the Spatial Audio feature. To hear the difference to the regular stereo sound, you can switch between this and the 3D audio.

After activating 3D audio on your iPhone or iPad, you shouldn't expect the new simulated listening environment to be transferred to all media. Not all streaming providers or platforms for video on demand offer such support yet.

It is clear that video content offered by Apple comes with spatial audio. Anything else wouldn't make any sense. In addition to Apple's own services, others are also supporting the same when the new headphone function is launched. Here is the current list:

As you can see, there are still some big names missing. Currently, 3D audio is not yet supported by YouTube, Spotify, Apple Music, Amazon Prime Video or the like. If you find that one of the services does support 3D audio after all, please leave a comment.

The free app Surround speaker check is actually made to test the functionality of the sound and speaker system in the home theater. The app for iPhone, iPad and Apple TV can be used, for example, to test a Dolby Digital 5.1 surround sound system connected to Apple TV for overall sound and individual speakers.

But it should also, according to one Entry at GIGA, can be used for testing 3D audio. If that doesn't work, simply switch off the Bluetooth on the iPad or iPhone for a moment and then switch it on again. Then the app should work again for the transfer to the AirPods Pro. The download of the app is available in the App Store.

Enjoy 3D audio, but without a streaming subscription

As you could read above, 3D audio on the iPhone or iPad with the AirPods Pro can currently only be used with a small selection of services. So if you come across a YouTube video that suggests a "Spatial Audio Test" or some other support for this playback option, then that's nonsense and just clickbait. If you still don't want to take out a subscription to Netflix or Apple tv +, you can use the free offers of these streaming services, for which you sometimes even don't need an account:

Control and monitor 3D audio from the control center

You can control spatial audio or 3D audio for the Apple AirPods Pro via the control center of the iPhone and iPad.