Use Bitdefender for free: it works on these systems! 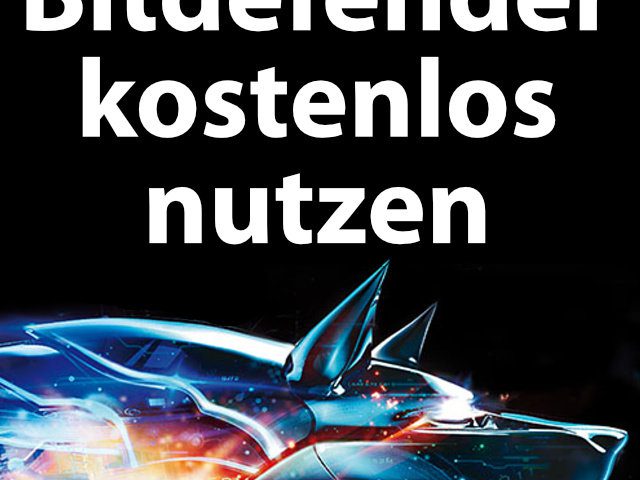 Antivirus and other security software for the Apple Mac is always there a controversial issue. If you use normal pages on the iPhone under macOS and also under iOS, nothing should happen. However, the Windows systems from Microsoft and Android from Google are more vulnerable because they are more open. They offer a higher number of security vulnerabilities, and Android in particular can take a long time to close after they are discovered.

Bitdefender can be used for free coverage. Protection against malware is available free of charge for Windows and Android. Bitdefender for Mac and iPhone is also available, but only as a purchase version.

Bitdefender has the Antivirus Free Edition for Windows and Android. The website says that there is also a free version of the antivirus program for the Apple Mac. However, only paid versions are offered.

Bitdefender free for Windows and Android

Overall, Bitdefender is available for Windows PCs, for Android smartphones and tablets, for iOS devices such as iPhone and iPod touch, and as a cross-platform solution. You can free antivirus software directly from the Bitdefender website. For the systems from Microsoft and Google there are free solutions that can be understood as test versions because they do not have the same range of functions as the paid versions.

And although you don't pay anything for the software, you have to create an account. To do this, first download the installer as .exe onto the PC, download the installation package, which is a little over 400 MB in size, and then install the free version of Bitdefender. The data for the user account can then be entered at the first start. You can then upgrade to the full version at any time by purchasing it. On Android, the whole thing runs through the Play Store.

Bitdefender Internet Security Suite was also developed by Computer image and Stiftung Warentest put under the microscope. Here, too, the antivirus solution does quite well. The computer picture only has suggestions for improvement of the user interface - there was no criticism of the protective function.

In the case of the Stiftung Warentest magazine, there was little to complain about in terms of the tested software solutions. Bitdefender Internet Security had to share the top places with colleagues from Avast, Avira and AVG despite the overall grade of 1,5. Bitdefender was also rated as having very good protection by TEST magazine, while the areas "handling" and "computer load" were only rated "good".

Bitdefender's "Antivirus Free Edition" is, so to speak, an introductory offer for anyone interested in trying out the program. But what is missing? And what do the paid versions "Bitdefender Antivirus Plus" and "Bitdefender Total Security" bring? I answer that with the following comparison.

Bitdefender pricing for the Apple Mac

There are also various solutions for the Apple Mac on the developer page linked above. Antivirus for Mac with a license for up to three devices and the smallest range of functions costs 24,99 euros per year. Total Security can be used on up to five devices for 34,99 euros a year. And Premium Security with even more functions - such as a VPN with unlimited data traffic - can be used on up to ten devices for 79,99 euros a year. According to the Bitdefender website, these are currently promotional prices (as of October 29.10.2020, XNUMX).

These Bitdefender packages are available for macOS on the Apple Mac. There are also purchase versions for other operating systems with antivirus, anti-ransomware, phishing protection, VPN and the like.