In extreme heat: iPhone only charges up to 80% and protects the battery 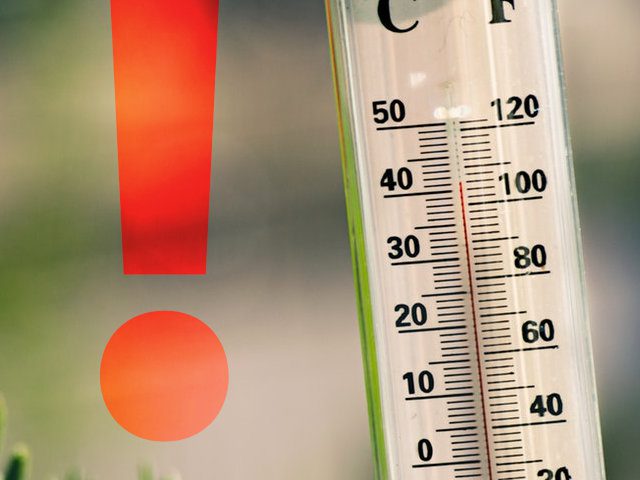 Summer is currently a little too good for us. This affects people and animals as well as technical devices. The Apple iPhone, among other things, can suffer if the ambient temperature and thus also its components exceed a certain number of degrees. The iOS software on the smartphone therefore conserves the battery by only charging it up to 80% when it is very hot. A warning message about the temperature can then also appear, as shown in this article: Apple iPhone Overheating - What Can You Do?

Your iPhone battery only charges up to 80%? This may be due to the ambient and device temperature being too high. Here is all information about charging the battery in extreme heat.

iPhone battery is only charged to 80%

At high ambient temperatures of 35 ° C and more, as well as in direct sunlight on the Apple iPhone, the sensors in the device register the corresponding heating. At least the current iPhone models react to this and prevent some functions. For the operation of iOS, apps and components, this can mean, among other things, that the camera flash is deactivated, the camera cannot be used or the system is completely blocked. Since a multiplier comes into play when charging the battery, because the lithium-ion component also warms up during the charging process, it then stops at 80% to be on the safe side - both on the wired charger and on the Qi charging mat.

Charge iPhone wirelessly: It works with these models

Official Apple information on the subject

In the support document HT201569 The iPhone manufacturer provides information on the matter on the Apple website. In addition to other charging problems and warnings, an explanation is given under the heading "The device stops charging at 80 percent":

The iPhone can get a little warmer while charging. If the battery gets too warm, the software can limit charging to 80 percent to extend battery life. The iPhone will continue to charge as soon as the temperature has dropped. Try moving your iPhone and charger to a cooler location.

The charging limit is used differently under iOS 13

Charging the battery of pretty much all devices to 100% and further charging beyond that can have a negative effect on the service life of the energy storage device. That's why Apple is planning to integrate a smart function with iOS 13, which should primarily save the batteries of those users who charge their cell phones overnight. Because the charging process usually only takes a few hours, if at all. The battery will then be overcharged. In iOS 13, the device battery should only be charged to 80% on the basis of empirical values ​​collected on the average separation time between charger and mobile phone. The remaining 20% ​​is only added shortly before the charger is disconnected. Source: Curved