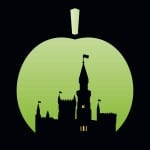 My little Apple life story: It's been a long time since I “touched” my first Mac. The first contact was back in the 80s, when we were allowed to use a school friend's computer and we passed the time shooting small pixels out of pixel lines in order to hit the enemy pixel castle. The game principle is still popular today (just think of Worms and similar games that are now generating millions in sales in the app store). At that time it was an Apple IIe that came with a breathtaking 64KB of RAM - a value that even simple Bluetooth keyboards should smile at today.

The rise to the dice mac

But I admit it: the Apple IIe could only inspire us with this simple game at the time. We didn't do anything more about it. If you've just passed the 10-year mark as a boy, there are more exciting things than programming.

But in the end there was someone in my circle of acquaintances who correctly assessed the potential of the Apple Macintosh computers and who bought one of the first Cube Macs for a crazy amount of money. Back then it was the Apple Plus model. And as if the computer alone wasn't impressive enough, there was also a monstrous 20 MB (yes, I didn't make a mistake!) Hard drive for a few thousand marks and one of the first laser writers (for a whopping 19.000 DM). The story goes around that back then there was only one company that had a laser writer in addition to my acquaintance - and that was the BMW works. Of course, I cannot swear whether this is true, but I would not be surprised.

To be able to play with this equipment as a toddler was something special. The Mac Plus did not have any games installed (at least I had never played any on it), but with MacWrite and MacPaint - in connection with the laserwriter, which felt like a particle accelerator - you could spend many pleasant hours. We even used it later to create a battle tech magazine that we sold to fantasy shops.

At some point, when my friend had treated himself to an upgrade of his Macintosh system, he got the idea to give me his old Mac - with the ulterior motive that in the future I might be able to solve problems faster than the support hotline from Apple. I liked the idea and so I got my first own Mac: an Apple LC II, also known as the Mac pizza box. Anyone who has seen him quickly knows why.

In contrast to the Apple Plus, the LC II already had colors and so I was able to enjoy the first version of Photoshop, which was published by Adobe in 1990 - one or two years before I got my LC II. After the LC was getting old and I was finally able to earn my own money through jobs, there was an Apple G3. And every few years a new Apple computer came into the house: G4, G5, iMac with PowerPC processor, iMac with Intel processor and so on ... 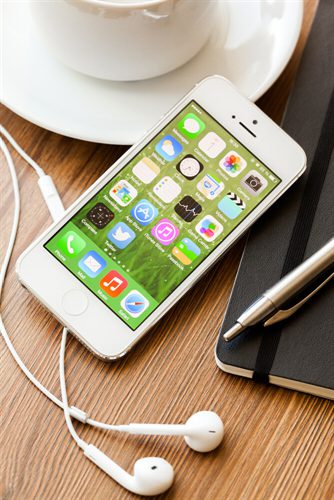 I have to admit, I completely "slept through" the iPhone versions 1-3. I'm not a big fan of cell phones and I'm always happy when the thing doesn't ring. Accordingly, I was not interested in the news in 2007 that Apple had now brought an iPhone onto the market. Even if I am really up for any technical bells and whistles and probably fall into the category “early adopter” when it comes to Apple things, in this case I was really more of a late bloomer. Before I could own the first iPhone, I bought two iPods (the iPod Video and the iPod Touch). It was only after a new cell phone became necessary because the old one really disappointed me with its cell phone camera that I was pondering whether an iPhone would be a nice thing after all. I then waited for the next version and then bought the iPhone 4 (without the “s”). That was followed by an iPad 1 and an iPad 3 and finally also a current iPhone 5. And what can I say: I am happy with the devices. If not, I would hardly have started a blog that subliminally “forces” me to report on news and accessories or new models from Apple every now and then.

Apple TV and TimeCapsule - the hard-working brownies in our house

Oh yes, I forgot one device: the Apple TV! Even with that, I only got involved with version 2 and then took advantage of a good time to sell it and get an Apple TV 3. But since Apple still hasn't “come out” with a real television set, I don't have much to report about the ATV. I only use it to watch trailers, view photos and videos from the iPhone via Airplay or to borrow a film here and there. If you can't read much about this device in this blog, it's because it just does its job in the background without grumbling or grumbling. Just like my TimeCapsule, which works relatively unnoticed in the background and still does a really important thing - namely backups.

So now you know the story of how I became Sir Apfelot. But I still want to get rid of one thing: I'm not someone who obsessively wants to convert Windows or Linux users to the good side. On the contrary, if someone is happy with the system they have, then I wouldn't even recommend a change. But if someone asks me why I think Apple is good, then I also like to share my experience, because in addition to all the Apple products I have actually had two PCs with Windows and currently use a “virtual PC” as a “virtual machine” with Windows 7 because I have to use an important program that just hasn't been ported to the Mac on OS X But as I said: I can't really be compared to Sir Lancelot, because I certainly don't want to convert anyone to an Apple fanboy by force of arms. :)

I admit that in addition to Apple devices, other gadgets somehow appeal to me. For this reason, there is also a small fleet of drones DJI Spark, through the Mavic Pro to the Phantom 4 at my home. All the other devices, such as smart body fat scales and smart home sockets and radiator valves, are of course also represented. I will try to give you my testimonials little by little, so that you don't invest as much money in botch as I sometimes did because I couldn't find anyone who has published his experiences with the device.

With this in mind, I am pleased to have won or to win you as readers. If you want to be informed about my articles on a regular basis, I can definitely help you recommend my newsletter.