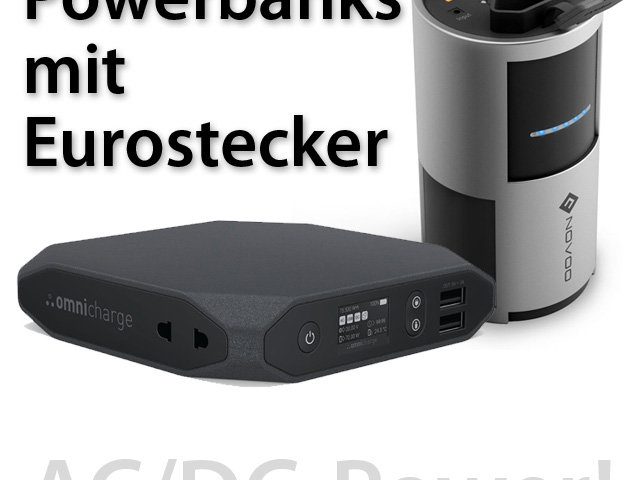 An AC / DC power bank with a Euro plug connection, i.e. a mobile power supply with alternating current and direct current, is ideal if you not only want to charge devices via USB-A and USB Type C, but also laptop, camera, drone / drone battery and co want to charge from a socket. Power banks such as the Omnicharge Omni20 or NOVOO Powerstation are good for vacations, business trips, pilgrimages or camping, as well as for moving and many other occasions. Below you will find a comparison of the two models as well as some advantages and disadvantages.

Here you will find information about the Omnicharge Omni 20 AC / DC power bank and the NOVOO power station with Euro plug socket, advantages and disadvantages in comparison, as well as alternatives.

The portable Omnicharge Powerbank "Omni 20" is a handy mobile power storage device with two USB-A outputs (5V, 3A) and a slot for Euro plugs and other plugs that are used in AC sockets. When switching on, a small display is activated, which shows the charge level of the internal battery as a symbol and as a percentage and also shows other data such as the temperature of the device. So you always have a full overview. 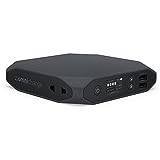 The Omni 20 Powerbank has one major disadvantage: the price. For just under 280 euros you get “only” a power bank that has USB-A and a socket. USB-C or Qi wireless charging for iPhone X, Samsung devices and the like are unsuccessful. According to the manufacturer, however, the device should be suitable as hand luggage on the plane. The maximum 100W per AC socket speak for it.

The NOVOO Powerstation is a multifunctional talent when it comes to powering mobile devices. The socket for a Euro plug can be used to charge MacBooks, drones, DSLR cameras and many other devices. There is also a USB-A 3.1 port with Quick Charge 3.0 and a USB-C port for all possible compatible devices and cables. Five LEDs on the side of the device indicate the charge level. According to the product description on Amazon, the power bank has 20.100 mAh. Thanks to Quick Charge 3, compatible devices are charged up to 4 times faster; 5V / 3A are possible via USB-C and the AC socket supplies a maximum of 72,36 Wh. 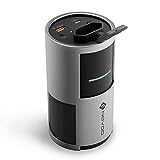 With the NOVOO Powerstation, in addition to the much lower price, the USB-C connection and the Quick Charge technology for the USB-A port speak for the device. However, this does not remain free from disadvantages, or better: from open questions. Because in the product overview there is a pretty considerable battery value everywhere; However, on a customer photo you can see that the device itself only states 6.700 mAh. But since the values ​​10,8V and 72,36Wh are right next to it, I assume that the total capacity is 20.100 mAh, but only 6.700 are available for the socket.

These types of power banks are not only interesting for USB chargers with a built-in Euro plug, but also for devices that cannot be charged via USB, but only via a socket. The somewhat older MacBook models from Apple, for example, which cannot be charged via USB-C / Thunderbolt 3 - or even the Batteries of the DJI Mavic Airthat only charge with the supplied power supply unit. You can also charge it at the car charger, but not via the Universal Serial Bus. With the Omni 20 or the NOVOO gadget, you could safely charge the DJI batteries for drones via a power supply, without a car ...

In addition to the power banks presented here with alternating current for Euro and Schuko plugs as well as adapters for a number of other plugs in the world, you are well equipped with power when you are on the move. If you need even more power (up to 27.000 mAh) or are even looking for a decent power box for up to 300W, then take a look at my post the best 220V / 230V power banks in comparison ;) There you will surely find the right battery pack for power outages or other emergencies that require a lot of power and a lot of electricity.

Do you have your own device recommendation ready? Then leave it as a comment!