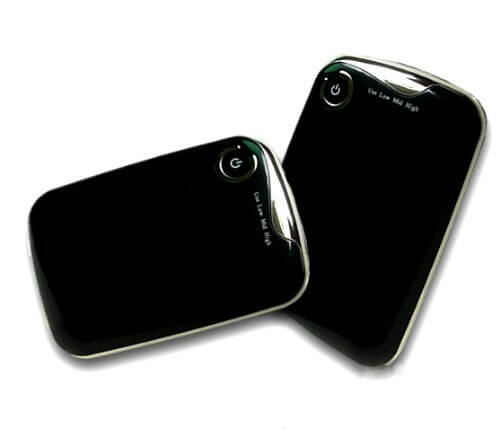 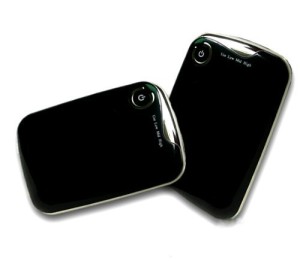 The ZNEX additional battery offers around 5200 mAh and can therefore also charge an iPhone 5 several times. Of course, it can also be used with other smartphones or navigation devices (Photo: Amazon.de).

We just found us on the blog: That ZNEX battery pack with lipo technique. But what exactly are "lipos"? The [lithium polymer batteries-> lipo-battery] are particularly known for their use in the field of model making. They have an extremely high energy density and even put the typical Li-ion batteries in the shade. You don't need to shy away from a comparison with NimH batteries. Lipo batteries score above all with a lot of power in the smallest of spaces - to put it casually. The second big advantage is that they can provide high currents in a short time. The charging time for lithium-polymer batteries is also very short: I know Lipo batteries with 5000 mAh from the model building sector, which can be charged with 10 A and are full in just under 15 minutes. Compared to "normal" batteries a crazy short time that you can hardly imagine.

ZNEX Power Pack 5200 mAh as a power bank for smartphones

But enough of the preliminary skirmish: The Lipo battery that is presented here is not for model making, but is suitable for smartphones such as iPhone 5 or Samsung Galaxy S3. Of course, you can also connect it to many other devices with the appropriate cable: iPod, Blackberry, iPad, iPad mini, Kindle, Nintendo and much more. The battery pack from [ZNEX-> znex] also has an automatic switch-off function, which is very important because Lipo batteries take a complete discharge very badly. Usually they are then broken and have to be disposed of.

But lipos are not all about benefits. It should also be noted that the Znex battery pack only allows a maximum of 500 charging cycles. Li-ion batteries and [NimH batteries-> nimh battery] create almost twice the amount of charges.

The weight and size advantage that Lipos have, is also played out by the Znex [Powerbank-> powerbank]: It weighs only 135g and is 99 x 72 x 18 mm in size. The design is also to be praised, because the high-gloss black housing with chrome edge looks very classy.

Customer ratings and tests of the ZNEX Powerbank

The additional battery has a lot on Amazon lots of 5 star reviews, plus several 4-stars and hardly any others. Overall, this gives it a rating of 4,5 stars. It is positively rated that the device is well designed. The LEDs that indicate the charge are hidden behind a mirrored surface. The accessories, which in addition to the power adapter also contain USB cables and 5 adapters for iPhone, Motorola and other smartphone charging adapters, are also worth a positive comment from many customers. A customer who uses his HTC Desire HD with it writes that he can fully charge it up to 3 times before the additional battery is empty. Another uses it to operate his TomTom sat nav on his bike for a long time. The areas of application are really diverse and the enormous capacity is always highlighted positively.

ZNEX Power Pack: stylish power bank with lipo batteries
The additional battery is compatible with the Apple iPhone and uses lithium polymer technology to deliver a lot of power with the smallest dimensions.
Buy it at Amazon Price includes VAT, plus shipping costs (updated: 2.12.2021 at 00: 00 clock)
-