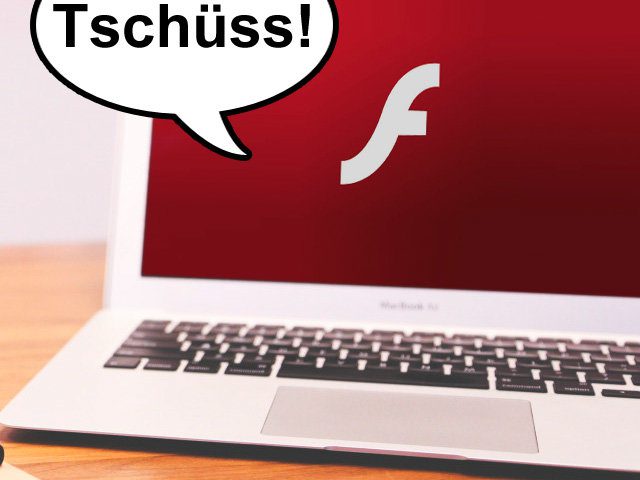 Together with companies such as Apple, Facebook, Google, Microsoft and Mozilla, Adobe is preparing the end of the life of the Adobe Flash Player Plugins. For a long time the Flash Player was the leading force when it came to video content, complex page layouts, online games, so-called mini games and the like in the web browser. With new, better and more secure solutions such as HTML5, WebGL and WebAssembly, there is hardly any reason to exist for the plugin, which feels like an update every week. That's why Adobe now has the plan to phase out Flash 2020, veröffentlicht.

The Adobe Flash Player plugin for web browsers will expire in 2020. There will be no more security updates from the end of 2020 / beginning of 2021.

The Adobe Flash Player has had its day

If even YouTube for Apple Safari, Mozilla Firefox, Opera, Google Chrome and Microsoft Internet Explorer offers video content in the form of HTML5 instead of using Adobe Flash Player, then it can already be said that the once essential plugin has had its day. Adobe itself has now finally recognized this, especially since, for example, with the FirefoxBrowser the multimedia plugin is the last of its kind as NPAPI (Netscape Plugin Application Programming Interface). Java from Oracle and Silverlight from Microsoft are no longer offered as standard in the new versions.

Get active on YouTube and Twitch: Let's play equipment

Will the plugin suddenly disappear in 2020?

No. Because there is still a huge amount of Flash content on the Internet that will certainly not be completely converted into other formats or technologies by 2020. The functionality of Adobe's Flash Player plug-in will not stop suddenly at the end of 2020. Rather, support and updates are to be discontinued. Anyone who only works with modern sites and with the market leaders among video and game providers will certainly not have any problems with it. Because more and more pages have been converting to HTML5 and Co. for years anyway.

Recommended reading: Use your own router with existing cable tariff

As already mentioned above, Adobe has brought Apple, Facebook, Google, Microsoft and Mozilla on board to prepare for the death of the Flash Player, to carry it out and to carry it into the world. Because these companies have a great influence on developers, content creators and other digital professionals. For example, Facebook already has Order given to game developersTo completely neglect Flash and only rely on alternatives.

At the same time, Mozilla has one Timetable released for Flash phasing out in Firefox:

Attention: Trojans pose a threat to the Mac

Was Apple the driving force behind the downfall?

After Adobe bought the company Macromedia and with it the Flash development from Macromedia in 2005, the multimedia player got a rapid boom thanks to YouTube. On the other hand, however, the playback aid was crushed by Steve Jobs. This refused the Adobe Flash plugin the way to the iPhone, which was launched in 2007, as well as to the iPad. At least with Apple fans, that made an impression.