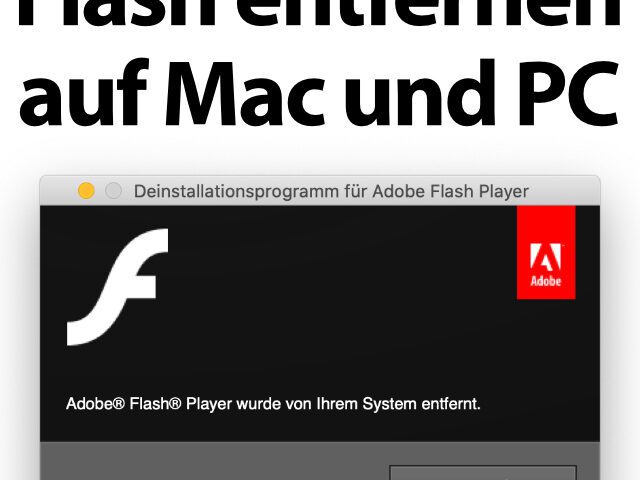 Adobe no longer supports Flash Player since January 1, 2021, which is why there are no more updates. Flash content has also been actively blocked since January 12, 2021. You should therefore uninstall the Flash plug-in, which has not been supported by many browsers for a long time, because of the remaining security holes that are no longer closed. Since you neither need the Adobe Flash Player nor should it have it as a potential gateway for malware on the Apple Mac or Windows PC, this is about the complete deinstallation. You can find out how to completely remove the Flash Player here.

You can find the uninstaller and the instructions for uninstalling Adobe Flash Player on the websites linked below - for Apple Mac with macOS and PC with Microsoft Windows.

Hackers, virus spreaders, malware bots and many more try to use the current end of the Flash Player in some places to offer alleged updates or uninstall programs. But behind it is only malware. If you are looking for the really real Flash player uninstaller, then the way leads you to the official Adobe website. There you can download the utility program for both the Apple Mac and the Windows PC:

Will the program even work on my Mac?

Granted, the Adobe site linked above doesn't look exactly new. The screenshots are also from the day before yesterday. And the Mac OS X versions shown, according to which you should choose the right download, have been out of date for years. Nevertheless, the program to uninstall Flash Player works.

I downloaded and started the dmg version for “Mac OS X, version 10.6 and higher”. A drive called "Flash Player" is started and the uninstallation program is located in it. All web browsers must be closed for it to work its miracles. After entering the password, it starts. Also under macOS 10.15.7;) 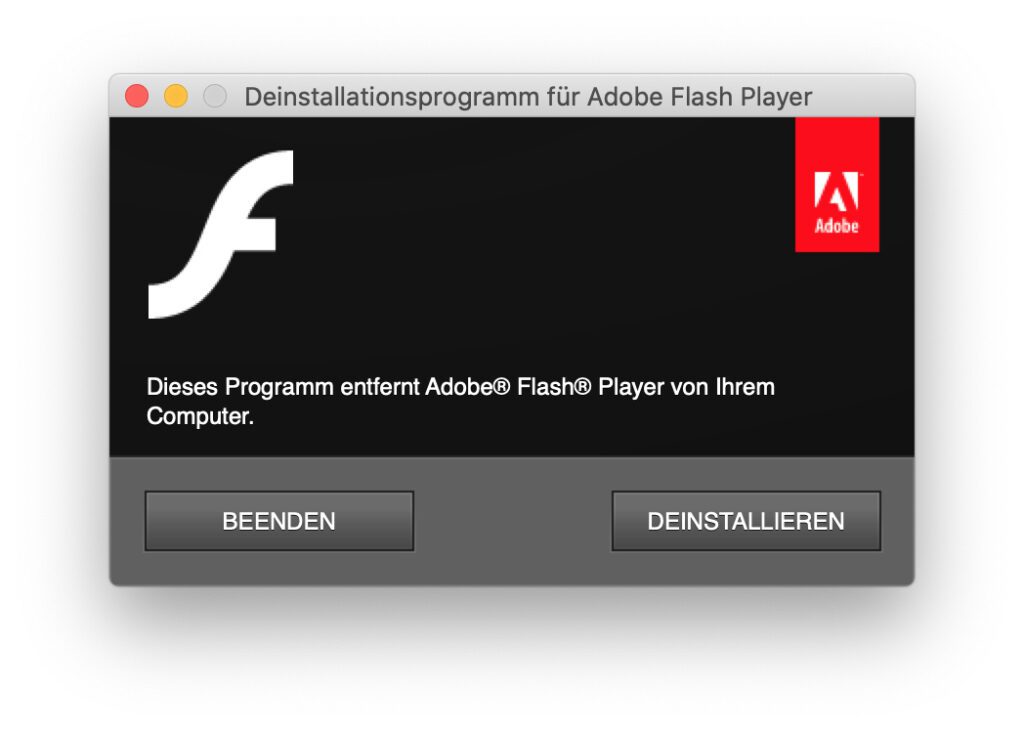 Uninstall Adobe Flash Player - you should do that, but only with the official software from the developer

Since the last time my MacBookPro was set up, I haven't even used any Flash content - at least I can't remember. This also explains why I couldn't find the directories below on the hard drive.

However, if you have been using your Mac for a long time and have perhaps even consciously used the browser plug-in, it is worth taking a look. The directories you have to delete to completely remove Adobe Flash Player are as follows:

You can find it by opening the Finder, clicking on "Go to" in the menu bar, then selecting "Go to folder ..." at the bottom and copying the listed paths into the text field. Confirm your entry and you will end up in the directories. If you don't find them, they don't exist with you either. Excellent!

To be on the safe side: block Flash content in the browser

In order to further reduce the risk of potentially incoming malware, you can and should actively block Flash content in your web browser. This is no longer necessary in Apple Safari and Mozilla Firefox - but you should take a look at Google Chrome, Microsoft Edge and Co.

Block Flash content - what Safari does automatically, you can still set manually in Chrome.

Backgrounds: The end of Flash was decided in mid-2017