Affinity Designer for iPad - at the start with a 30% discount 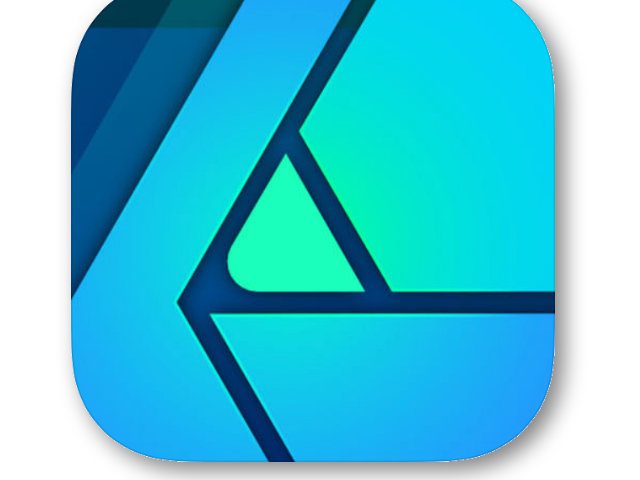 Yesterday afternoon I got the information that Serif - the developer behind Affinity Photo (here the workbook in the test) - now officially the Affinity Designer for iPad offers. The download for the design program under iOS on the iPad Pro, iPad Air 2 and iPad (from the beginning of 2017) can be found on the official website of the provider and in the App Store. Information, statements from Serif Labs and professional test users as well as further information about the software can be found in this post. By the way: there is a 30% discount at the start of the Affinity Designer app for the iPad! (valid until July 25, 2018)

Serif has finally released the Affinity Designer for iPad. The download costs only 25 euros until July 2018, 14,99!

The design app from Serif Labs, Affinity Designer, has been optimized for the iPad and published as a mobile app and brings hobby designers as well as professional users complete software for design work to the Apple tablet. IOS 11 or newer is required.

The application on the iPad Pro is of course ideal, since the Apple Pencil can be used there. Serif shows the use with the Stylo, with the finger as well as individual tools and their use in an extensive and beautifully produced promotional video, which you can find on the official website of the developer place.

The Affinity Designer app for iOS 11 and newer can also be used on the Apple iPad Pro with the functions of the Apple Pencil.

To get started, Affinity Designer for iPad costs only € 14,99 (until July 25, 2018). A great price for such a comprehensive app, with which you can create designs for websites, apps, their UI as well as for print media, posters, clothing and Co. "Huge" graphic compositions are also possible; the zoom should be able to be up to 1.000.000%.

Official developer's workbook
The Affinity Photo Workbook provides information for getting started with the app (also and especially for macOS and Windows) as well as for the professional use of the individual tools and functions.
46,40 EUR
Buy it at Amazon Price includes VAT, plus shipping costs (updated: 20.01.2022 at 08: 40 clock)

Without claiming to be exhaustive, I would like to provide you with a list of functions, features and possibilities of the Affinity Designer iOS app below. So you already have a little insight into the program. Screenshots, the video mentioned above and extensive explanations on the following points can be found on the linked developer website. Also the description in the App Store has it all. Here is a small selection of features:

And here's an official quote:

Developed according to the suggestions of some of the world's leading designers and based on the technology that won the Apple Design Award, Affinity Designer for iPad offers all the power and precision of our outstanding desktop app in an intuitive and mobile working environment.

Statements from professionals after the Affinity Designer Test

In the mail that I received about the market launch of Affinity Designer for iPad (Pro / Air), there were also quotes from professional users who know what is important. They were able to subject the app to an extensive test in advance of its publication and therefore form an opinion. I have taken three quotes for you here:

“Affinity Designer is amazing, powerful, and reliable. I love the management options for objects and the implementation of gestures. It is a real surprise to me to be able to use such comprehensive vector software on a mobile device. That's exactly what I've been waiting for. "
David Sossella, illustrator and creative director

“I am thrilled that there is now such an app for the iPad. The combination of vector and raster tools as well as options for typography means for me that I can work completely on the iPad if necessary. "
Matt Griffin, illustrator and writer

“Affinity Designer for iPad really blew me away. The ability to completely wirelessly create a design from the sketch to the finished vectorized image in just one single app is an absolute dream and saves an enormous amount of time. "
Will Schorer, illustrator and graphic designer

Your opinion on design software for tablets

From my own experience, I can say that at least Affinity Photo for macOS on the MacBook Pro was able to keep its promises. In a personal comparison to Photoshop, I wouldn't want to be without the much cheaper, but just as extensive software for photo and image processing. The corresponding workbook definitely helped to improve my skills. What do you think about the Serif offer and especially about the newly released Affinity Designer for iPad? Have you already downloaded and tested the design app for iOS? Feel free to leave a comment with your opinion, tips, tricks and criticism;)