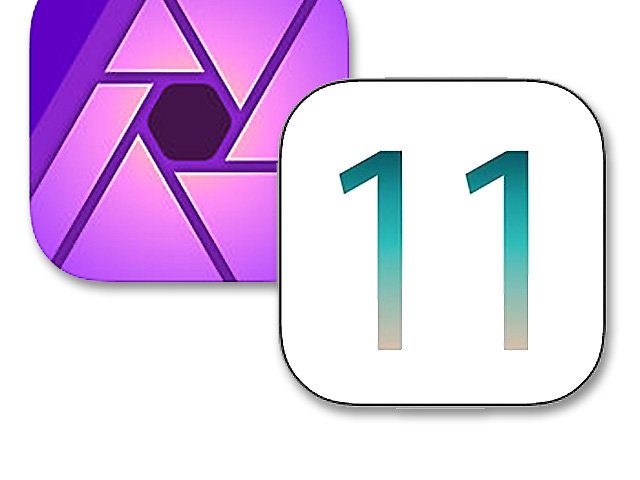 As the software company Serif announced yesterday, the Affinity Photo app for image editing on the Apple iPad Pro is now ideally set up for use with iOS 11 thanks to an update. The current update in the App Store is dated yesterday, September 21, 2017.

The iOS app of the image editing program Affinity Photo is intended for Apple tablets of the iPad Pro, iPad Air 2 and iPad (early 2017) series. At least the mobile Apple operating system iOS 10.3 is required for use. After the current update, the app and its operation are now also designed for the new version iOS 11. If you want to have a look at Affinity Photo 1.6.5 for the Apple iPad, just click here:

Of course, you can use Serif's Affinity Photo not only on the go, but also on your Apple Mac, iMac or MacBook. There is currently version 1.5.2. According to the App Store for Mac, the last update was on March 22, 2017. With the upgrade of the Mac operating system macOS to version 10.13 High Sierra, there will soon be a new update of Affinity Photo in the Mac App Store:

Serif Affinity Photo for iPad, Mac and Windows PC is not a new topic here on the blog. Several articles have already revolved around the software for professional image processing in the Photoshop standard at a low price. So if you want to download, install and use the cheap Photoshop alternative, then take a look: