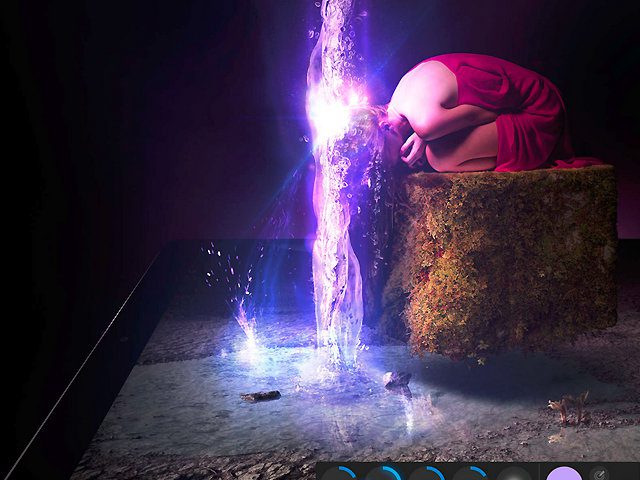 Since 2015 Serif from the UK with Affinity Photo, a very good Photoshop alternative, caused a stir - first on the Mac with macOS, then 2016 under Windows on PC and now as an iPad app for iOS. Affinity Photo for iPad was officially unveiled at the Apple WWDC 2017 Keynote in San Jose yesterday. There was a live demo showing some important functions as well as the speed of working with Affinity Photo on the new iPad Pro with 10,5 inch screen pointed out. This new Apple iPad provides, among other things, with 120 Hz for graphics applications for smooth effects.

With Serif Affinity Photo for the iPad with iOS 10.3 or higher, professional photo editing can be carried out while walking or standing. That was yesterday at Apple WWDC 2017 Keynote demonstrated live. You can find the download here in the post ;)

Affinity Photo for iPad on iOS 10.3 or higher

Affinity Photo for iPad has been available since yesterday and can be downloaded, installed and of course used for € 21,99. At the Apple WWDC 2017 Keynote there was also a live demo of the possibilities that Affinity Photo offers on the new iPad Pro. Here a movie poster was designed while walking and standing (video: see below).

The graphics performance in the iPad is 500 times better with the new iPad Pro compared to the first Apple tablet! With that are Apps like Affinity Photo from Serif can be used smoothly.

But not just for the new iPad Pro Mid 2017 With a 10,5 inch screen, the app is made for professional image editing on the go, but also for the previous models. According to iTunes.apple.com the app is designed for iPad Air, iPad Mini 2, iPad Pro 9,7 inches and iPad Pro 12,9 inches with iOS 10.3 or higher. iOS 11, which will run Affinity Photo, a more extensive system, and more, is coming later in 2017.

If you want to try the app, you can of course download it on your own iPad. The official download you can find here. By the way: the price of € 21,99 is only available for the launch of the app. The regular / later price is € 32,99. You can find even more details about the app, use on the iPad and the individual functions at affinity.serif.com.

Demo from the Apple WWDC 2017 Keynote

Since this video showing the Serif App Affinity Photo demonstration from the WWDC Keynote is not coming from an official channel, I don't know how long it will be online. If I find the video from Apple or Serif again, I'll replace this one;)

More novelties from Apple World Wide Developers Conference 2017 in San Jose can be found here on the blog. The following articles are currently online: