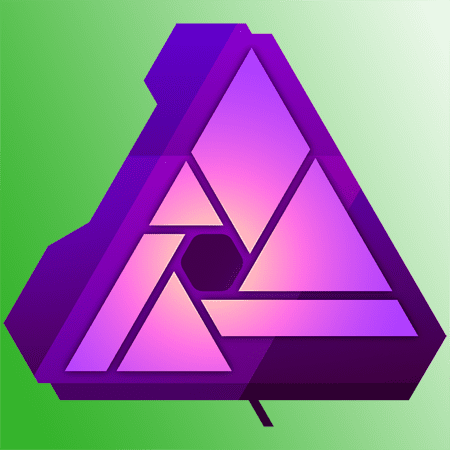 On Thursday, November 10th, 2016, I received an email from Serifthat now the Public beta version of Affinity Photo for Windows available for free download. I had signed up for the corresponding newsletter because Affinity Photo for Apple products both in 2015 as well as a hot topic of conversation at the beginning of 2016 was. Now there is the image editing program that Make competition with Adobe Photoshop also for Windows systems with 64 bit architecture. Do I have. So I tested the program and compared it to Photoshop for you.

A few small notes on testing Affinity Photo and comparing it with Photoshop:

The test of Affinity Photo for Windows was to find out how quickly newcomers can get started with the program. I would only consider myself a newbie with regard to the program, but not with regard to image processing. It was also important to find out how well and how quickly the same project could be implemented in both programs. That is the starting point. If you have any further questions about the program or to compare the two programs, please feel free to leave a comment so I can look it up.

The project: an airplane in space

So I pulled a picture of a planet from Pixabay and packed one of my travel pictures with it. Now I wanted to cut out the wing of the airplane including the turbine, so that the impression arises that I have been traveling in space. In addition, there should be a color overlay in order to create an atmospheric atmosphere and to optically coordinate or connect the two levels.

Already here you can make a good comparison of Affinity Photo and Photoshop. In both programs, the graphics can be inserted using drag and drop. But if you start with an empty document (for the sake of simplicity with the same dimensions as the planetary graphic), then only Photoshop inserts the image centered and precisely adjusted to the margins. Affinity Photo puts the picture somewhere. Alignment is then left to the user. Attention: Perhaps you can set the behavior for drag and drop, but this was not taken into account in this quick test.

The same problem arose here or a decisive difference: Where Adobe Photoshop scales the image smaller so that it fits on the work surface (which does not always happen, but in the case of this JPG photo), Affinity Photo places the image in the Original size. But that was good insofar as I could still make out a difference: In Photoshop you have to hold down the Shift key by default if you want to keep the aspect ratios when scaling. With Affinity Photo it is the other way around - without shift means maintaining aspect ratios, with shift means scaling freely. Personally, I find it better than Photoshop.

Step 3: cutting out the airplane wing and turbine

Affinity Photo surprised me here. In my search for a suitable tool for marking in this program, the “selection brush”, which partly corresponds to the “magic wand tool” in Photoshop, paid off. Despite the sometimes low contrasts in the image, the tool worked quite precisely. In Photoshop, I tended to use the polygon selection. I then wanted to use this for fine work at Affinity Photo. I noticed that you can quickly move the selection you have already made - that can be annoying.

Step 4: Create a new layer by making your selection

In Photoshop it just said: right click, layer by copy, done. With Affinity Photo, there was nothing right-click at first. If the selection tool is active, you can forget to right-click. To do this, you first have to select the "Move" tool, i.e. the arrow. In the right-click menu you then look in vain for "Layer by Copy". So I copied the selection, manually created a new layer, and then pasted my selection. Oh yes, before that I had to rasterize the level too! Otherwise it would have copied the entire layer instead of just the selection. Tricky!

Oh, what do I say "similarities" - basically you can proceed in the same way with both programs, at least I was able to do that in the test. I created a new layer, dipped the brush tool in red, set the hardness to 0% and added large dots to the right half of the image. Then I set the blending mode to "Color" and reduced the opacity of the layer to 40%. The result was very similar for both programs, the procedure (positively) surprisingly the same.

If you have created a new file in Photoshop, so you have not selected an existing file on the hard drive for editing, then it doesn't really matter whether you use "Save" or "Save as". Saving as a Photoshop file is offered by default, but this can easily be changed in the roll menu. It's different with Affinity Photo. “Save” and “Save as” only allow you to save the Affinity project. If you want to save as PNG, JPG etc., then you have to "export" the file. But you can get used to it.

Switching from Photoshop to Affinity Photo? Possible with practice!

I will deal more with Affinity Photo from Serif, also and mainly because you only pay once and don't need a subscription license, as is the case with the new Photoshop versions from Adobe. In addition, the purchase price is significantly lower with apparently the same range of functions. With a little practice, the switch, if one of you is aiming for one, should succeed. However, key combinations, shortcuts, menus and the like are sometimes fundamentally different. I wouldn't switch from now on, especially from a professional point of view.

Important: If you use a lot of plug-ins, brushes or paintbrushes and other adjustments in Photoshop, then these cannot be transferred. So if you have adapted the program to your needs and your workflow for years, then switching can be very difficult. However, since I only work with the basic equipment and a few brushes, which I can do without in case of doubt, I can imagine switching.

Photoshop is so far the best known and most popular program for image editing among professional and semi-professional users. However, personally, if I were faced with the beginner's decision, I would probably rely on Affinity Photo. What convinces me here is that you only pay a price that is not too high once instead of purchasing annual licenses. So if you have to learn everything from scratch and build a workflow anyway, I would send that to Serif (current free download the beta at this link). And of course to Amazon or the library to get one Program manual pick up.

Conclusion to test and comparison

Photoshop is known to everyone and once you get used to it, you will have a hard time with other image editing programs. Nevertheless, the switch can be worthwhile for some users. The entry into image processing can also be realized with alternatives such as Affinity Photo from Serif. In my opinion, the range of functions and the company's pricing policy speak for themselves.

What do you all mean? Are you friends of Adobe and don't want to get used to it? Or are you just looking for the right program to get started with image editing? Which program do you lean towards? Feel free to leave a comment!