What is Apple AirDrop and how do I use it?

The "AirDrop" feature can be found not only in iOS and iPadOS, but also under macOS on Mac models. This feature allows users to exchange data wirelessly when the Apple devices are close together. In practice, it can be used to share documents, photos, videos, website addresses, notes, map markings and much more.

On the Mac you can send any type of file or entire folder, and on the iPhone and iPad you can send all data that allows access to the sharesheet when viewed.

This button takes you to the share sheet under iOS and iPadOS, in which you can then find the AirDrop button.

Google Nearby Share is the Google version of AirDrop

After Apple had installed AirDrop for many years, Google is finally following suit with a similar feature they call “Nearby Share”. It runs on all Android versions from Android 6 and above and thus replaces the previous exchange option via Bluetooth, for which you had to search for the other device manually. 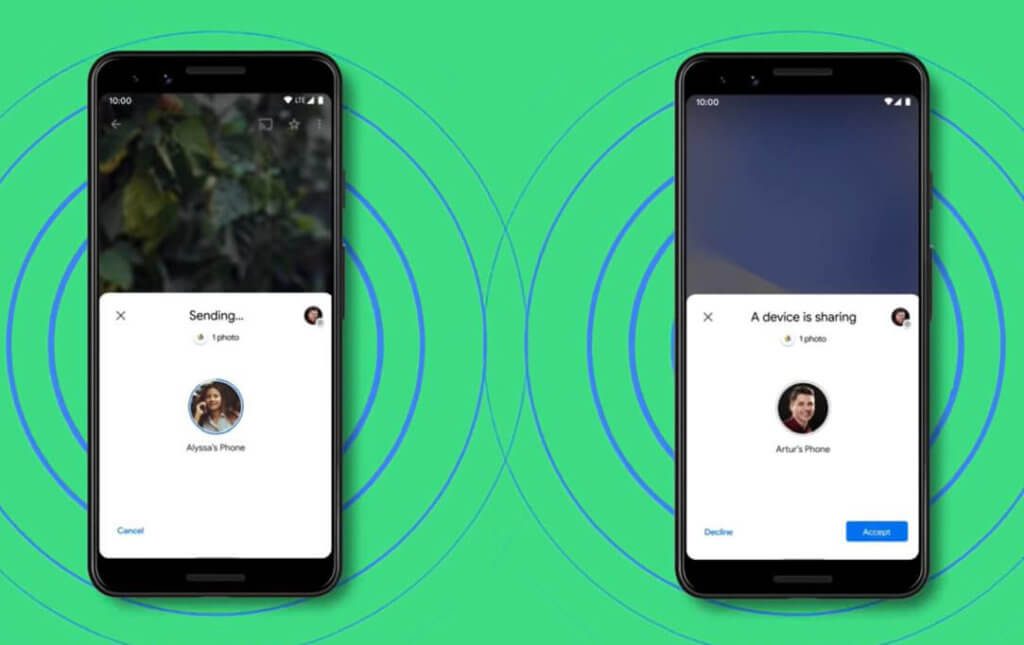 Google Nearby Share is Google's version of AirDrop. Unfortunately, the systems do not work across platforms.

Basically, AirDrop runs with iPhone, iPad, iPod Touch and Mac, whereby every iPhone, iPad and every iPod Touch must have iOS 7 or a newer version of iOS or iPadOS installed as a transmitter and receiver.

For Mac, AirDrop works on all 2012 and later models except the 2012 Mac Pro. The Macs must have at least OS X Yosemite or a newer macOS installed. 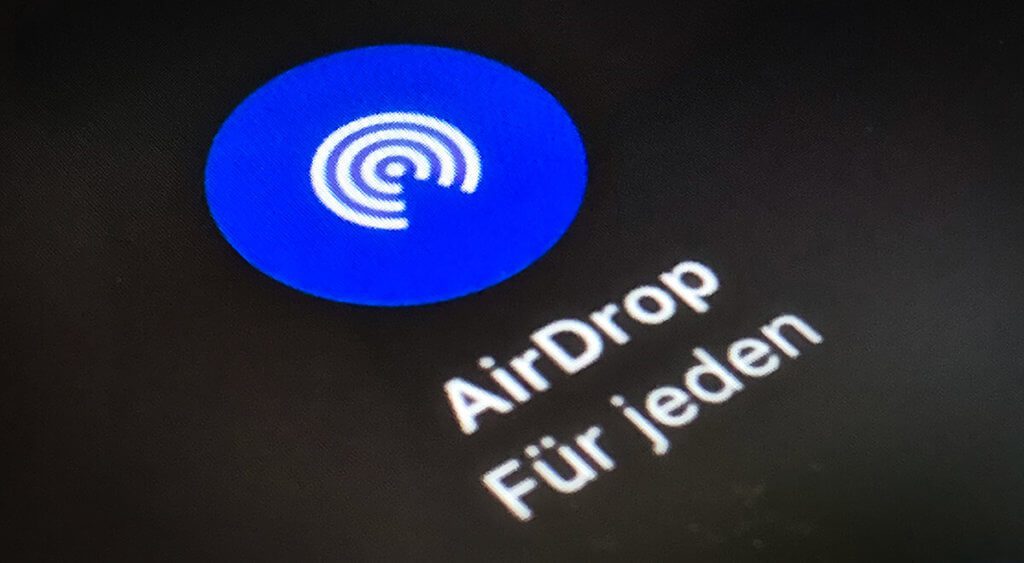 What is Apple AirDrop? And how does it work? Here you can find out what the feature is all about (Photo: Sir Apfelot).

How does AirDrop work?

Even if AirDrop relies on Bluetooth for the first connection of the two devices, a direct WiFi connection is used between the transmitter and receiver for the actual transmission of the data. The transmission is encrypted to make "eavesdropping" difficult.

AirDrop works on Apple devices such as iPad, iPhone, and Mac, but there is no way to use AirDrop to send data to an Android device.

To use AirDrop, both devices must have Wifi and Bluetooth activated and they must both be within a radius of about 9 meters so that they can find each other. And contrary to other claims, AirDrop does not work if you have activated airplane mode on the iPhone. There were once rumors that Apple would not switch everything off here and, for example, would still allow Bluetooth and Wifi to run with restrictions so that people could continue to use AirDrop. That's not the case. I've just tried it myself. ;-) 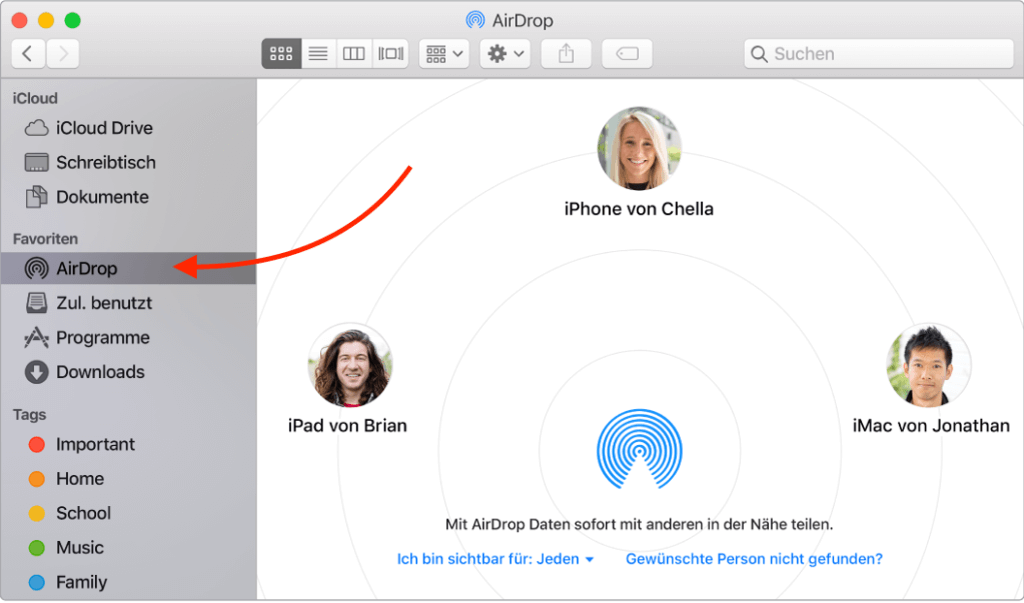 To use AirDrop on a Mac, you have to click the AirDrop button under Favorites in the Finder window.

AirDrop does not use Bluetooth, NFC or Bluetooth Low Energy to transfer the data, but only a direct WLAN connection between the two devices. As a result, it is usually very fast and transfers data faster than other apps that rely on Bluetooth (LE) or NFC could.

To start AirDrop under macOS, open a Finder window and click on “AirDrop” under “Favorites” in the left sidebar. In the lower area you will now find a selection field in which you can set “I am visible to”. Here too - as with iOS - the options are “Nobody”, “Only contacts” or “Everyone”.

On the Mac, the AirDrop settings are not found in the system settings, but in the AirDrop window itself.

How to use AirDrop on iOS and iPadOS

If you want to share a file via AirDrop, you call up the sharesheet or the “Share” button and then click on the AirDrop button. A list of devices to which the files can be sent now appears.

If the other device cannot be seen, then its AirDrop settings are probably set so that the device should not be visible to others in AirDrop. You can find this setting on iOS and iPadOS under

There you should have activated the option “Only for contacts” or “For everyone” so that you are visible to the other Apple device.

If you send the files now, the recipient must agree to the transfer before it actually starts.

This question is only omitted if you want to transfer something to yourself from one device to another. To do this, both Apple devices must be registered with the same Apple ID. 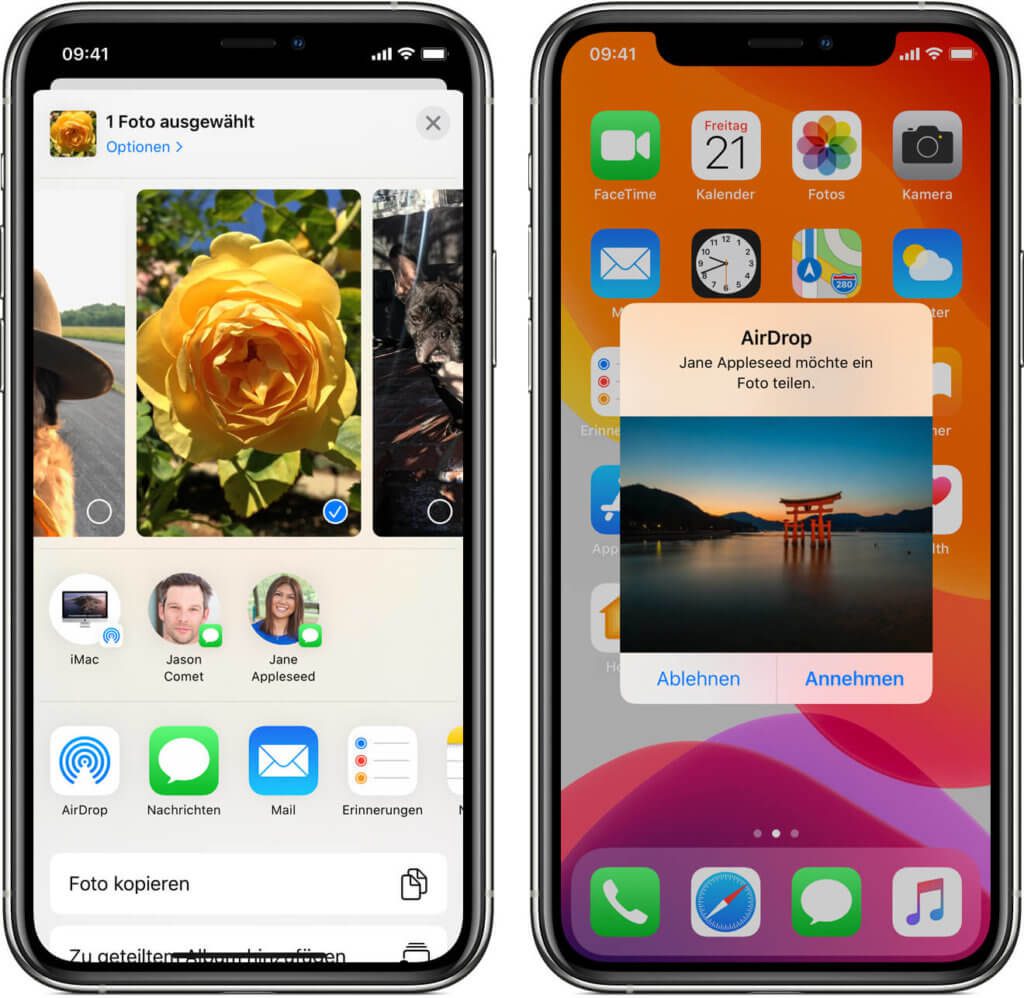 On the left you can see how to get to AirDrop via the share button. An AirDrop reception is currently being started on the right.

Access the AirDrop settings via the iOS control center

A shorter way than via the settings is via the iOS control center, which you can access on newer iPhones by swiping down from the top-right corner of the iPhone screen.

In the control center, press longer on the area with the four network settings (Bluetooth, Wifi, mobile data and flight mode), which opens a larger field with more setting options.

Hold down the "AirDrop" button for a second to change its settings. 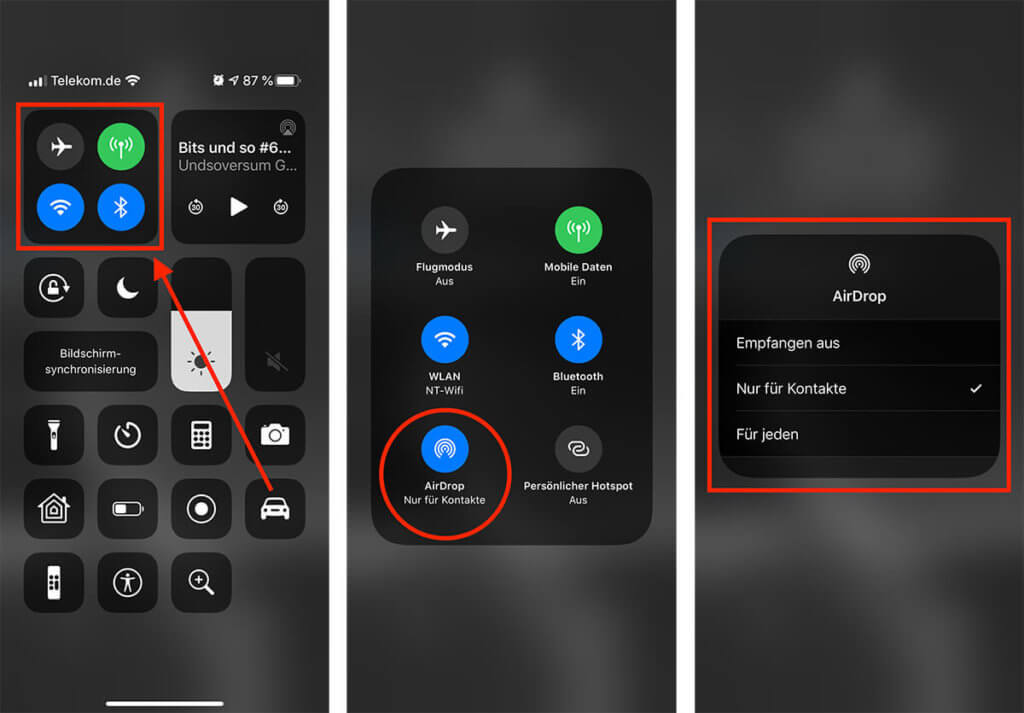 Here you can see how to get to the AirDrop settings via the control center on iOS and iPadOS.

Under certain circumstances it can also happen that an expired screen time prevents AirDrop from being activated via the button. In this case one passes over Settings> Screen Time> Restrictions> Allowed Apps and adds "AirDrop" there.

This ensures that AirDrop will also run if Screen Time would normally have blocked it.

Apple itself has also created two help documents on the topic of AirDrop, which can be viewed here: