AirParrot 2: AirPlay from Mac to Apple TV also for older Macs (before 2011) 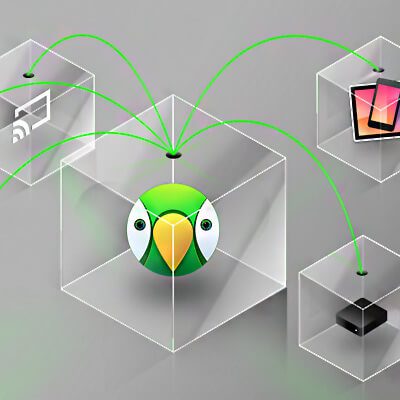 With AirPlay Stream the screen from the Mac to the Apple TV or another device, this only works with Apple Mac computers from the Mid 2011 models; With AirParrot 2 but also by means of older Apple Mac models. If you use an older Mac from 2010 or before and don't want to buy a new Mac just for transferring the screen content to the Apple TV or other devices, AirParrot 2 is the cheaper alternative. Because with AirParrot 2, the software forge offers Squirrels an AirPlay alternative for old Mac computers.

AirParrot 2 is an AirPlay alternative that streams content to Apple TV and other devices on new and old Mac and MacBook models.

AirParrot 2 is an alternative to AirPlay, with which you can stream screen content as well as audio from older Macs. Of course, the program also works as a comprehensive alternative to AirPlay on newer Mac models as well as on the MacBook, MacBook Pro and so on. Windows PCs and laptops as well as Chrome OS computers are also supported. With the AirParrot Remote App for the iPhone, you can even use it as a smart remote control to stream content from the Mac or MacBook to the Apple TV and other receiving devices. The software can also be used to exchange content between Mac, MacBook, iPhone, iPad and so on in various combinations. 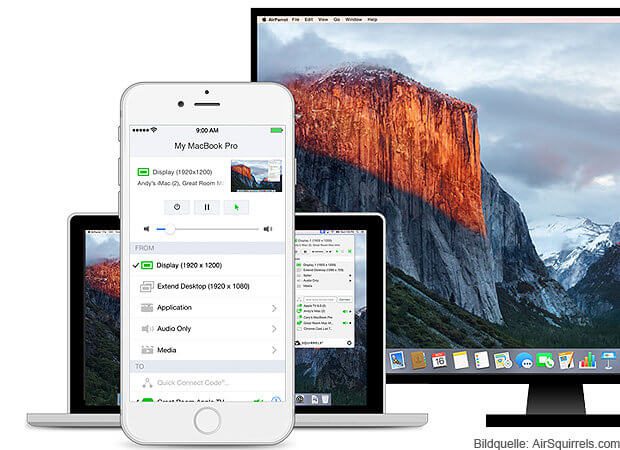 With the AirParrot Remote App you can easily stream content from your Mac or MacBook to the TV without getting up. Ideal for spontaneous video evenings - even with old Macs from before 2011.

Share the screen, expand it, or just show one app

Already the predecessor of the software, AirParrot, brought some options years ago that were way ahead of AirPlay. For example, you could adjust the resolution on the target screen, the sound quality, the frame rate (frames per second) and the like. At that time, you could also set whether you just want to transfer the Mac screen, expand it on the TV, or just show the active app there. Of course, AirParrot 2 also brings all of these options to your (old) Mac or MacBook with OS X as well as to macOS, Windows and Chrome OS computers. With the new version there are better, more stable and new features; Media streaming or just audio streaming for music lovers, for example.

You can of course find the AirParrot 2 download on the website of the software company Squirrels. On the linked page you can find the downloads for the Apple operating systems OS X and macOS as well as the versions for Windows and Chrome OS. You can download a demo version to try it out and use it for a few minutes before it stops working. The full version for permanent use costs $ 12,99. It's still much cheaper than a new Mac;) More information and details about the program you can find here.