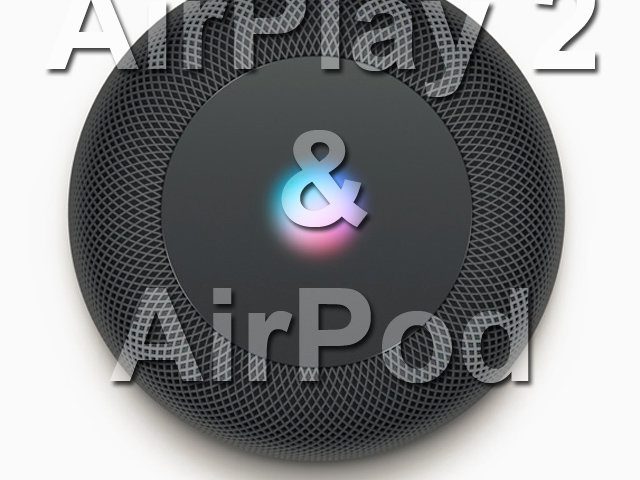 With AirPlay 2 and the HomePod as a comprehensive loudspeaker with this technology, which also brings Siri into the living room, there are some innovations in the smart home. Important for current users of AirPlay: Can Airplay-enabled speakersthat I already have are operated with Airplay 2 or do these have limitations compared to new speakers like the HomePod, which is probably the first speaker with native Airplay 2?

New Apple devices and speakers from third-party manufacturers are compatible with AirPlay 2. In addition to the new ones, the current ones, so you can get a firmware update. (Image source: Apple)

With this technology from Apple there is the great advantage of playing "multi-room" music and other content. Various loudspeakers can be wirelessly controlled and supplied with audio. In addition, the speakers can be controlled by various devices - via the Mac, iPhone or iPad, Apple TV, HomePod with Siri, etc. AirPlay 2 should also be supported by HomePod and Apple TV (from the 4th generation) as output devices Third party speakers.

Incidentally, according to Apple, the following formats are supported:

Assign the output location with the AirPlay Picker

Apple's own applications and offers from other software companies will certainly become a so-called with AirPlay 2 AirPlay picker to offer. With this, speakers and devices can be switched on or disconnected from a list with a simple tap on the screen. In this way, the music can be “taken with you” from one room to the other.

The current AirPlay ensures a stream of audio in real time. Before the output there is a small buffer in the loudspeaker, i.e. a preparation of the content to be played so that dropouts can be prevented. Also and especially in the case of interruptions in transmission, this ensures seamless playback of music and the like. Speakers for AirPlay 2, however, should be able to buffer more (instead of a few seconds, several minutes of content). The transmission itself should also be faster, which the loudspeakers must be able to process.

Information on the topic (for developers): Apple presentation from WWDC 2017 (PDF)

Are previous speakers compatible with AirPlay 2?

Speakers that have previously worked with the first generation of Apple transmission technology for audio content can also be used with the second generation. A prerequisite for this, however, is a corresponding firmware Update. According to media reports, these manufacturers have already announced corresponding updates for their firmware:

Do you use this streaming option?

Do you use AirPlay to transfer audio from your Apple devices to speakers and stereo systems? Or do you rather trust the manufacturer Sonos, which already offers multi-room solutions and is now facing serious competition from Apple with AirPlay 2? ;)