Alternatives for the Apple AirPower mat: These are my recommendations 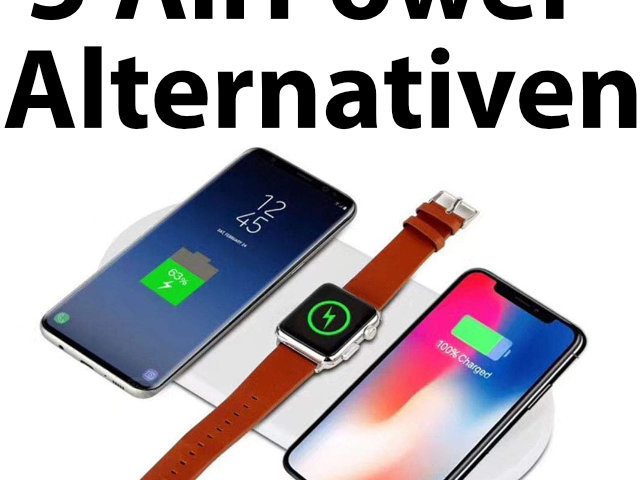 Apple has officially discontinued the “AirPower” project, thus dispelling customers' hopes for a charging mat for iPhone, Apple Watch and AirPods. But since the announcement in 2017 there have of course been manufacturers who are releasing one AirPower alternative after the other. So if you're looking for alternatives to the Apple AirPower mat, you've come to the right place. I've rummaged through the various offers and show you my recommendations here; based on good customer reviews and good value for money.

Are you looking for an Apple AirPower alternative to charge Qi-enabled devices wirelessly? Here I present chargers for iPhone, AirPods, Apple Watch and more - also for mobile use!

On Amazon product page you can choose whether you want a 3-in-1, 2-in-1 or simple Qi charger. The former comes with a stand with a magnetic charging connector for the Apple Watch. This is important to note because the watch itself does not yet support Qi charging and relies on an explicit charging adapter. If you don't have a watch, just use the cheaper 2-in-1 solution;) 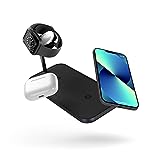 Another charging mat as an AirPower alternative is that from Sararoom. It also brings two charging coils for iPhone, AirPods and Co. as well as a charging surface for the Apple Watch Gen 1, Series 1, Series 2, Series 3 and Series 4. It is therefore possible to charge three devices at the same time. On the Amazon product page you can see that two iPhones (or Samsung cell phones) can also be charged with the Apple Watch. 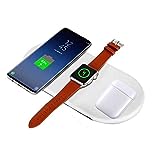 Sararoom 3 in 1 wireless charger
You can buy the Sararoom charging mat for Qi devices such as the Apple iPhone, the new Apple AirPods case and the Apple Watch as well as Samsung and other mobile devices on Amazon.
Buy it at Amazon Price includes VAT, plus shipping costs (updated: 17.01.2022 at 13: 50 clock)

Belkin Boost Up for smartphone and watch

The Belkin Boost Up charger is a 2-in-1 charger that also has the special charging adapter for the Apple watch. The second charging option is for the iPhone or another smartphone. This AirPower alternative is especially for you if you don't use the AirPods case for wireless charging. This charger can be ordered in both white and black. In addition, a USB connection ensures that the charging case for the headphones as well as the iPad or other mobile devices can be charged by cable;) 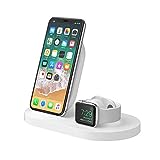 Belkin Boost Up wireless charging station
This substitute for the charging mat from Cupertino charges both smartphones with wireless battery charging technology and the smartwatch from the apple company. The Apple iPad, mobile phones and tablets from other manufacturers as well as GoPro, Powerbank and Co. can be charged via USB connection.
149,00 EUR
Buy it at Amazon Price includes VAT, plus shipping costs (updated: 27.01.2022 at 23: 50 clock)

Nomad Base Station 4-in-1 charging station

The Nomad Base Station looks inconspicuous, but brings different charging options, of which admittedly only two are wireless. Two cell phones or one cell phone and the headphone capsule can be charged with the charging coil. The watch's battery must be charged with its own charger, but a USB-A and a USB-C port are available. In addition to AirPods cases and iPhone as well as Samsung and other Qi smartphones, a number of other devices such as iPad, iPod, camera and Co. can also be charged. 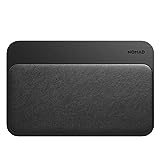 244 Reviews
Nomad Base Station Hub Edition
The Nomad Qi charging station offers space for two devices that support wireless charging and two devices that can be charged via USB Type A and USB Type C. All of this with just one connection to the power grid.
Buy it at Amazon Price includes VAT, plus shipping costs (updated: 26.01.2022 at 02: 10 clock)

Finally, I would like to show you a mobile AirPower alternative with which iPhone, AirPods, iPod, iPad and Co. have to be charged by cable, but the Apple Watch has its own, integrated charging surface. This at least saves you having to take the watch's magnetic charger with you. A USB port is available for connecting other devices. The nominal power of the external battery from LIUSI is 5.200 mAh.