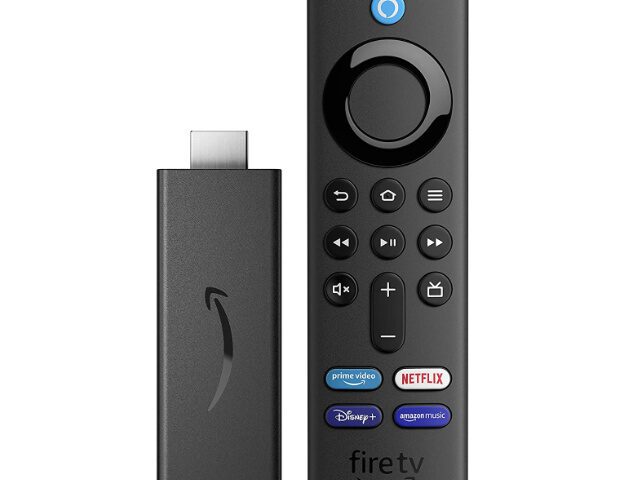 Amazon has revised its Fire TV Stick and now offers streaming help with a new remote control. This provides buttons for quick access to Prime Video, Netflix, Disney + and Amazon Music. The new remote control is also offered individually if you want to retrofit the existing HDMI dongle with it. However, a delivery time of 6 to 8 weeks is specified for the individual offer. The complete set will be there within the next few days via Prime delivery. This link takes you directly to the new offer.

The 3rd generation Fire TV Stick got a new remote control with the 2021 update. Various streaming apps can be selected directly via these.

For €39,99 you get the 3rd generation Fire TV Stick in the 2021 version with 1080p Full HD streaming, Dolby Atmos Audio output, HDR, HDR10+ and HLG support, and 8GB of storage for app downloads. Since yesterday, a corresponding offer has included the revised remote control, which has special buttons for quickly calling up individual streaming services. Apple tv+, Joyn and so on are unfortunately not included. With Prime Video and Amazon Music, the manufacturer's offers are equipped with buttons. Netflix and Disney+ can also be controlled directly.

My experience with the Fire TV Stick for HDMI TVs

Personally, I use a Fire TV Stick from Amazon to bring both classic linear TV channels and streaming offers to the TV. Since I don't have a cable or satellite connection, I use Joyn to watch TV. I also installed Netflix, Prime Video, Apple tv +, YouTube and the like on the small HDMI dongle. Netflix and YouTube also ran as apps on the television that I use. But with each update, the apps became slower and more error-prone; YouTube also never remembered the login. The Fire TV Stick was a cheap and resource-saving alternative to a new television. I am very satisfied with that.