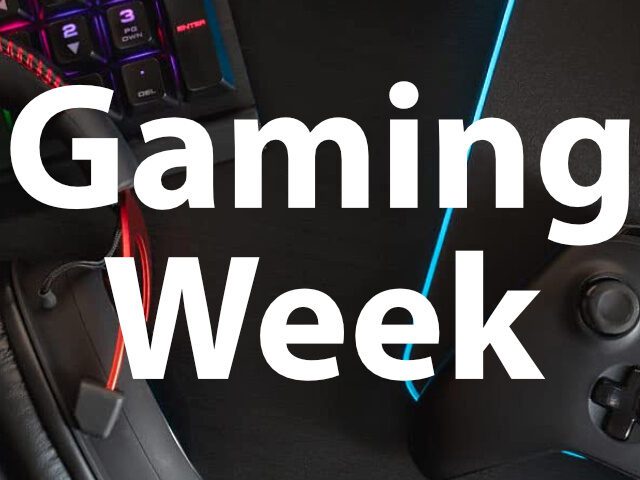 Gaming Week is currently running at Amazon. As part of the campaign week, in addition to various hardware and software, you will also get various accessories for video game fun at a lower price. In addition to gaming PCs and powerful laptops, there are also laptop coolers, routers, mice, keyboards, headsets, monitors and the like more cheaply. Also, you can buy gaming desk chairs cheaper. Furthermore, condenser microphones with microphone arm, hard drives and SSD bars, console accessories and televisions, power banks for mobile gaming and much, much more are considered at a price reduction. The complete overview can be found with this link.

As part of the Amazon Gaming Week 2022 you can get PCs and laptops for gaming cheaper. There are also games, headsets, SSDs, mice and keyboards, monitors, televisions, controllers, power banks and much more at a discount.

Video games for Nintendo Switch, Sony PlayStation 4 and 5, Microsoft Xbox Series X/S and PC are also among the offers - some with discounts of up to 75%. Marantz microphones are offered with discounts of up to 47%. You can save up to 400 euros on PCs and laptops for gaming and Let's Play streaming. But large hard drives and memory sticks from SanDisk, Western Digital and Samsung were also given heavy discounts. If you play with the switch or smartphone on the go, you can secure various power banks. On the other hand, you can get various beamers / projectors cheaper for gaming in the living room or gaming room. You see: the choice is great!

Audio accessories from Soundcore and Apple are also cheaper

In addition to the gaming items listed above, you can currently also get audio products at a lower price. These include, for example, Bluetooth speakers and headphones from the anchor brand Soundcore. You also get the opportunity to buy the Apple AirPods Pro from 2021 with MagSafe charging case cheaper. Here you will find the respective links to the currently discounted products: