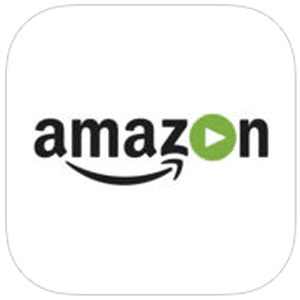 Amazon Prime Video lets you stream films and series on the iPhone, iPad, Apple TV or a similar Smart TV service free of charge for 30 days and then for a fairly manageable cost, but also brings many other advantages. As you can see from the name, Amazon Prime Video is part of Amazon's Prime offering: once you are a member, you not only stream endless films and series, but also get them Free premium shipping for items sent by Amazon attributed.

Amazon Prime Video: Watch films and series as stream and via app or download them for offline film evenings. Information on the offer, price and a comparison with other streaming services can be found here! (Image source: Amazon)

Netflix, Maxdome, Sky Ticket and so on - the list is getting longer and longer. However, Amazon stands out with its offer, in addition to the many series that are not available from other streaming providers (see below), also with regard to the cheap subscription. The comparison shows a very good price-performance ratio. In addition, the link with the Amazon ordering service is wonderful. So you not only have all of the products you order online at a glance, but also the multimedia streaming service under the same roof. 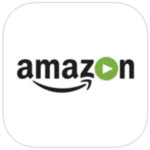 The App for streaming films and series is always kept up to date, especially in the version for iOS, and has been rated very well by users. Thanks to the app, it is possible to enjoy your favorite multimedia content on the go, anywhere in the house and, of course, via Smart TV on the television. You can find the Amazon Video App quite quickly on iTunes and the Apple App Store; and also through this link. If you are using a smartphone or tablet with Android as the operating system, you must first have the Download the Amazon App Shop. There you will find the Amazon Video App for Android. In short: the download is very easy. The same applies to the login with the existing Amazon login data.

Offer for those interested: 30 days of free films and series in the test

If you want to test the offer without obligation, you can of course do so. Like Netflix and Maxdome, Amazon is also offering a trial month for its Prime offer. This test period is not only used to discover the entertainment on offer: you can also benefit from free premium shipping during this time if you order something from Amazon. An advantage that the other streaming services cannot offer you in comparison;)

Even if you access this article after a while, the above information will more or less remain correct. Well, in the run-up to Christmas 2016, when such a trial month is particularly worthwhile, I would like to give you a few more not-so-timeless information. These particularly affect the films and series on offer from Amazon Prime Video. Because where this streaming provider brings all currently most popular series, there is a lack of Netflix, for example Game of Thrones, Fear The Walking Dead, The 100, Grey's Anatomy and Vikings.

Maxdome shows Game of Thrones, but neither Downtown Abbey or Suits. At Amazon there are all of the series mentioned as well Fargo, House of Cards, Breaking Bad. and many more. In addition to the individual purchase of episodes and seasons, you have a flat rate for the content thanks to the trial month or annual subscription. (I left out Sky Ticket completely because the series selection is very, very poor.)

Guide: So you can always find all new releases from Netflix and Co.

In addition to the individually bookable films and series with the respective streaming services, you can, as already mentioned several times, take out a convenient subscription. This also shows that Amazon is basically the best solution. Also and above all through the other services that the subscription brings. Here is the overview:

The annual subscription from Amazon is worthwhile in terms of price as well as in terms of premium shipping. The monthly subscription brings the same costs as the competitors, but that is 95,88 euros per year. After the comparison and purely with a view to price, performance and compatibility of the service, I would strike at Amazon Prime Video.

A comparison shows that this is a very cheap and extensive offer. In addition to the points already mentioned, it is also important to see that the Prime Streaming service also offers subtitles as well as original versions and multiple and simultaneous use on multiple devices. There is also connectivity with iOS and Android, with the PlayStation, the Xbox 360, the Wii and Wii U, with the Amazon Fire TV Stick, Smart TVs from Samsung, LG, Panasonic and Sony, with Blu-Ray players from the brands and so passed on. There is a Offline offer from Amazon Prime Video and the streaming quality can be selected individually. Top!

Or to make it very short: I would access it, right now before Christmas. You can still cancel during the trial month if the offer is not convincing or if you just want to get the premium delivery for Christmas gifts and the video offer for Christmas and New Year's Eve;)