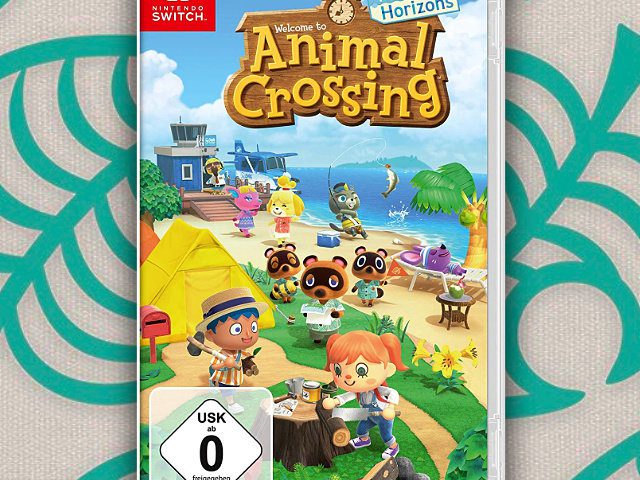 The game is out today for the Nintendo Switch Animal Crossing: New Horizons, a life simulation for at home and on the go. The new game from the series launched in 2001 offers you adventure and relaxation on an island full of talking animals. The cuddly style invites you - as before - to let yourself fall into the virtual world. There is no real goal, you have to set it yourself. Over weeks and months you can discover the island, collect items, equip the museum, visit events, furnish your home and much more - the perfect game for corona isolation? Probably yes!

TL; DR: You can buy the game directly here

Buy Animal Crossing: New Horizons, play on the Nintendo Switch, and forget about the Corona crisis. Probably the new Animal Crossing part is the best game for social distancing;)

The fifth game in the "Animal Crossing" main series is again a life simulation developed directly by Nintendo. At the beginning of the game, the player moves to a town or village full of animals. This time the place and the surrounding area, which can be explored, are on an island. As before, you have to join Animal Crossing: New Horizons set to a real-time simulation. This means that in the game it is morning, noon, evening and night when this is also the case in real life. The same goes for seasons. You will only discover the full content of the game if you play at different times of the year. Just the thing for Social distancing in the corona crisis;)

Animal Crossing was there from 2001 through 2005, 2008, 2013, 2015 and 2018 to the new title in 2020 on numerous consoles and platforms. After the Nintendo 64, the GameCube, the Nintendo DS, the Wii and Wii U as well as iOS and Android, there is now the Switch. But of course the game, which has been successful for almost two decades with a large fan base, doesn't just exist. If you don't have a current console from Japan, now is probably the best time to buy one - for example the Nintendo Switch in the Animal Crossing version (Product page). Unfortunately the version is currently not available. But you can upgrade a regular switch with the "Animal Crossing: New Horizons" skin set accordingly (Product page). Or you can get an official one Carrying case.

A lot of time on the PS4? Design your own video games with "Dreams"

The cuddly style of Animal Crossing: New Horizons not only invites young people and adults to relax, explore the island at their own pace and expand the skill trees. Also for children (who can read) the optics and the largely unexcited content of the game with FSK 0 are suitable. So you can play together in the family when you're not in Home Office sits or Home schooling operates. And quite apart from the fact that this is probably the best console game for coronavirus isolation, of course for die-hard fans it is the long-awaited new part that will save them for years to come. Whatever your motivation to play, I hope you enjoy it;)

Everything about the game: Wikipedia articles on all versions

Here are three more videos on the subject