Apple AirPods Strap from Spigen: A cable for wireless headphones 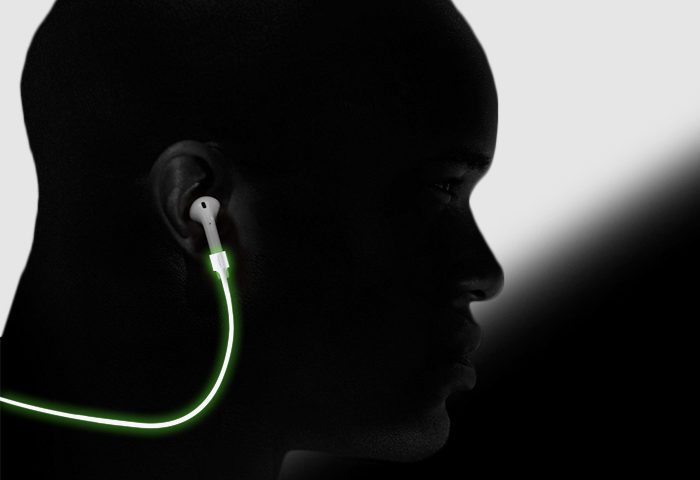 Since then the Apple AirPods on Keynote 2016 it was hailing Ridicule and scorn. But also complaints about the price and the high probability of loss of the wireless headphones. After all, who would want to buy a pair of earplugs for 179 euros that do not come with any safety bar, strap, chain or the like? I can imagine that some will buy these things, but more for home use and public transport. But I can't imagine it for sport, for example. The remedy against losing should now be the AirPods strap from Spigen.

A cable for the Apple AirPods

The Spigen company is best known for their smartphone accessories. There are covers and cell phone cases for a wide variety of models, too for the iPhone 7 Plus. But also imaginative accessories for smartwatches, for the use of mobile devices in the car and a lot more belong to the offer of the company. There is now a new idea for Apple's AirPods, which will be released at the end of October.

The Apple AirPods for 179 euros. If you don't want to lose it, you should be careful or use the AirPods strap; Image source: Apple

The strap for the Apple AirPods should be designed in such a way that it does not get tangled. In addition, it not only helps when wearing the headphones, but also when they are found in the bag or backpack. However, as you can see on the American Amazon site, the patent for the Spigen AirPods Strap is still pending. That it is that Offer for $ 9,99 but already there shows that the company is confident.

Related to the AirPods topic: If you ever need spare parts for your AirPods, I can offer you my article "AirPods Pro Case lost - you can do that" recommend.

No battery, no operation, just an AirPods strap

A lot of frills were omitted in the design. I think that the development of the product had to go quickly, also and above all because of the short time until the headphones were launched. And so there are no buttons for the music control, no small additional battery and no other extras. According to Amazon, the AirPods strap should, according to the patent, in stock from October 17th .

The Spigen AirPods Strap can easily be wrapped around the storage box of the Apple AirPods. So nothing of the 4-piece set is lost; Image source: Amazon

The delivery should then be done by October 24th, so just right for all first-time buyers of Apple AirPods. The data naturally apply to the American market for the time being. The tapes will certainly find their way to Europe and thus to Germany. I'm definitely sticking to it - it's definitely not a bad idea. And still cheaper than insurance or buying new headphones for an estimated 10 euros.