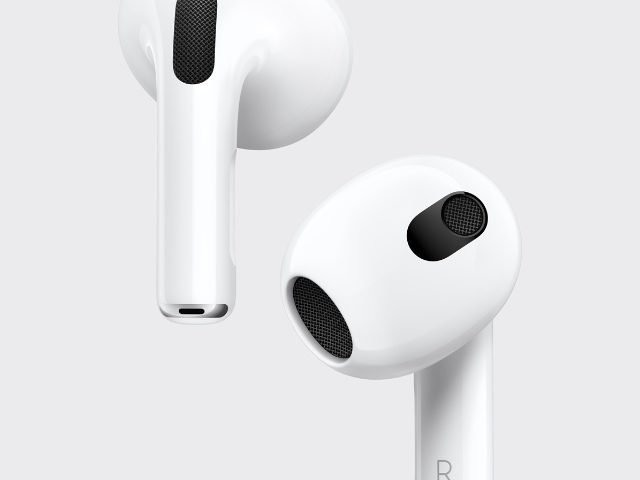 Apple has introduced a new generation of AirPods headphones. The new 3rd generation Apple AirPods have a new design, new pro functions and a new charging case. The headphones and case can be used for up to 30 hours on the go with a full battery charge. The new earplugs with Bluetooth 5.0 include features such as 3D audio with head tracking, Siri's “announce messages” function and the use of the “Where is?” Network. All further details and the price of the new Apple AirPods (3rd generation) can be found below.

The new Apple AirPods 3 are based on the Pro model: shorter and rounder design, 3D audio, pressure sensor and a wide charging case. Here you will find technical data, price and tips for use.

The featured yesterday AirPods from Apple have a new rounded design in white with audio elements in black. You can recognize the speakers and microphones by the black openings. It is also noticeable that the new AirPods are shorter than their predecessors. They move even closer to the Pro design with the charging case, which no longer has an upright design but is wider. In addition to the outer design, there are also a few innovations inside.

The new Apple AirPods of the third generation now have 3D audio ("Spacial Audio"). This makes music, films, series and other content even more immersive. 3D audio can also be used in Apple Music via Dolby Atmos. When watching films, series and videos on Apple devices, head tracking is also used - for up to six hours per battery charge. The case holds another four charges. When things have to go fast, a five-minute charge gives you an hour of battery life.

The new Apple AirPods of the 3rd generation are water and sweat resistant according to protection class IPX4. This makes them suitable as sports headphones.

Thanks to the H1 chip in the new AirPods headphones, they are not only quickly paired with iPhone, Mac and Co., but also bring computational audio with them. This enables the "Adaptive EQ", which ensures that the reproduced audio is adapted to the individual hearing ability of the user. That means that pretty much all users can hear music and multimedia as intended by the creators. For sports, the new headphones are also water and sweat resistant.

"The AirPods changed wireless headphones forever with their breakthrough design, incredible sound and magical experience"Said Greg Joswiak, Apple's senior vice president of Worldwide Marketing. "We are excited to introduce the next generation of AirPods, which with Adaptive EQ and 3D Audio with dynamic head tracking offers incomparable sound and seamless interaction between Apple devices - making the world's best-selling headphones even better."

Spacial Audio and Dolby Atmos make for an immersive experience while watching content from Apple tv +. In addition to the Pro and Max models, you can now also do this with regular Bluetooth headphones from Apple.

A pressure sensor can be used on the new Apple AirPods 3 to control the audio functions and playback of media content. This is also borrowed from the Pro model. Playback can be started and paused via the pressure sensor. In addition, songs can be skipped and calls can be accepted and ended. For the use of Siri as well as for telephony on the go, sophisticated audio hardware with noise suppression was used. This is what it says in the relevant press release:

The microphone is covered by an acoustic fabric mesh to reduce wind noise so that the speaker's voice can be heard clearly and distinctly during calls. The AirPods also feature AAC-ELD, a superior voice codec that offers Full HD voice quality and enables clear, natural communication on FaceTime calls.

Operation of the AirPods 3 via the pressure sensor

The new Apple AirPods 3 were presented at yesterday's Apple October Keynote 2021 and can be pre-ordered now. They will go on sale on Tuesday 26. October 2021. Then the pre-ordered units will also be delivered. On the Apple website, where you can find the price of 199 Euros finds, the free delivery on the release date is currently indicated. This means that there were apparently no production or delivery problems and the new headphones are available in sufficient quantities. The price of the predecessor, the Apple AirPods (2nd generation), is 149 euros, by the way. 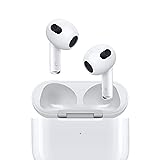