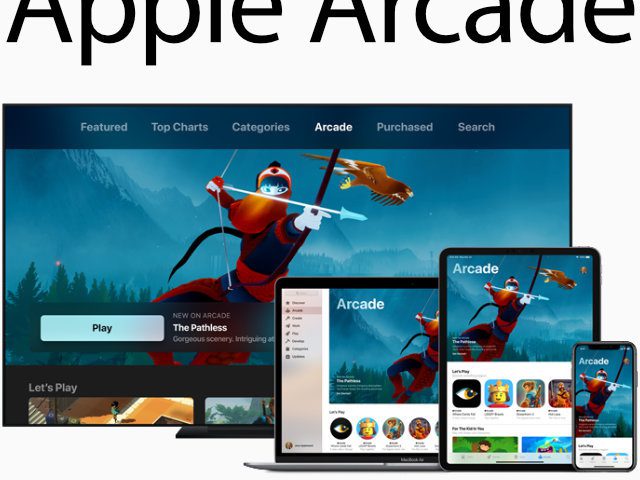 In addition to other services from Apple, the technology giant from Cupertino also presented a new gaming app subscription at yesterday's It's show time keynote: Apple Arcade. Apple Arcade is born from the recognition that Games is the most popular category in the App Store. There have been 1 billion downloads of the nearly 300.000 games for iOS, macOS, and tvOS. These include free games with advertising and / or in-app purchases as well as paid apps. The new service was launched to give the latter and the developers behind it a better chance.

Apple Arcade is the new gaming subscription model from Cupertino, with which full games can be played on iOS, macOS and tvOS - online and offline.

Apple Arcade with over 100 unique games

So far, the subscription service, with which all games can be used online and offline as well as across platforms, has been announced as a hodgepodge of over 100 games. These can be played as a full version without DLCs or other additional purchases on iOS devices, macOS devices and under tvOS. You can even pick up on another system where you left off under the initial system. The games in Apple Arcade should only be available there, which of course should be an incentive for gamers to take out a subscription. No data is collected from users; and the whole family can benefit from a subscription via family sharing.

Details will not come until autumn 2019

Not much more is known about Apple Arcade than what I've listed for you so far. A few more information and statements about the game subscription from Cupertino can be found in the video included above. The costs for the service, i.e. the price for the Apple Arcade subscription, are still outstanding. There will be new findings in autumn 2019. The last information and data will probably be announced at the iPhone keynote in September. Apple Arcade should then be released with the new operating systems iOS 13, macOS 10.15 and tvOS 13. But one thing is certain: different than Apple News + and Apple Card Apple Arcade is coming to launch in 150+ countries!

With Apple Arcade, more than 2019 games are to be available to users in over 150 countries by the time it is launched in autumn 100.