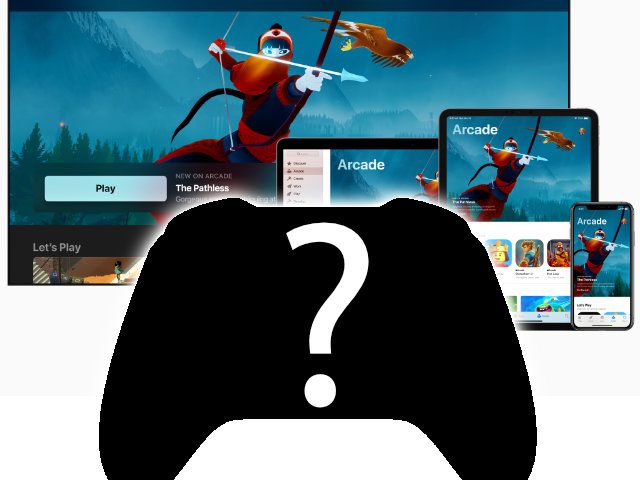 With Apple Arcade the iPhone manufacturer brings cross-platform video games to devices with iOS, iPadOS, macOS and tvOS. But of course, to play the games correctly, you also need compatible controllers. Instead of making its own gamepads to create a proprietary system, Apple decided to open the system. Currently for the controllers of the Sony PlayStation 4 and the Microsoft Xbox One S. Support for additional Bluetooth control units such as the Nintendo Switch Pro Controller is not impossible. Here is a little more information about Apple Arcade on iPhone, iPad, Mac and Apple TV.

Gaming controllers compatible with Apple Arcade are the PlayStation 4 DualShock 4 Wireless Controller and the Xbox One S Gamepad. You can find more information below.

The new game service Apple Arcade will bring exclusive game titles to the iPhone with iOS, the iPad with iPadOS, the iMac, Mac and MacBook with macOS as well as the Apple TV with tvOS. When using the same user account, users can continue their game status regardless of device and system. So you can continue playing on the iPad where you left off on the Mac. Or you can continue your iPhone game seamlessly on the TV. The service should be available in 2019 countries from autumn 150.

These gaming controllers are compatible with Apple Arcade

Two of the most popular gaming control units used by current consoles are the PlayStation 4 DualShock 4 wireless controller and I baked the Xbox One S gamepad. These are also popular with PC gamers as they are compatible with most games as well as clients like Steam, Epic Games, Uplay, Origin, GOG, etc. In addition, they are not too expensive. One might wonder, however, why the Nintendo Switch Pro Controller is not compatible with Apple Arcade, too; at least it can be operated via bluetooth pair with the Mac.

Gambling on the Apple Watch: Space Invaders on watchOS