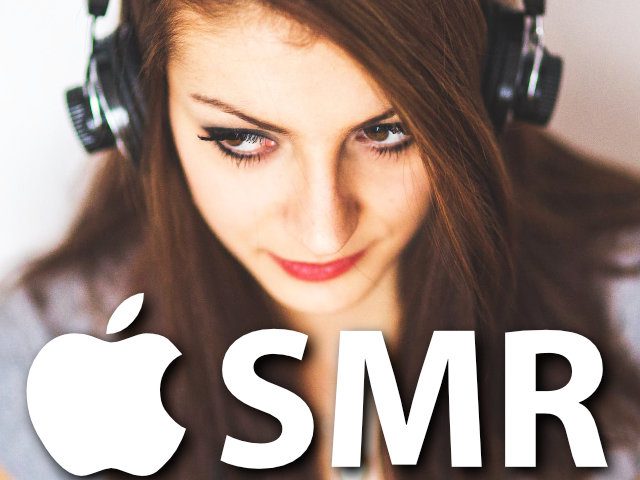 So-called ASMR videos have been known and popular on YouTube and other platforms for some time. In the "Autonomous Sensory Meridian Response" works, a goosebump-like, tingling feeling is supposed to work its way from the head to the neck along the spine. Of course, you have to get involved and use the audio tracks to be enjoyed with headphones to relax. With SMR in the form of four Apple ASMR videos on YouTube, Cupertino is now striking in this notch. A pure relaxation service for fans or is there more to it?

SMR - Four Apple ASMR videos on YouTube are supposed to show how well audio and video can be recorded with the iPhone - at least with support;)

Have to judge the current number of visits ASMR videos and audios anything. Even if most of them rarely trigger the feeling described above or some even only trigger the feeling described above out of external shame, this content is called up. Apple is now jumping on this trend with its four videos, the titles of which all begin with “Apple ASMR” and then announce the content.

You get what is promised: whispers, woodwork, rain in a tent camp, and crackling leaves and grass on a hiking trail. Headphones are always recommended for the full stereo experience. In the following I embed the videos for you. Below you will find my thoughts on the background of the publications.

What is Apple trying to tell us?

Well, "us". It seems to me that Apple is trying to address a very specific target group here. Namely those people who like to watch and listen to ASMR productions; or do this regularly to relax and keep looking for new material on YouTube. If you then look at the video descriptions, you can read there that the videos and their audio tracks were recorded with the iPhone. Ergo it is a kind of advertisement - for the Apple smartphone. With the reference to the use of headphones theoretically also for AirPods and Co.

For example, the Whisper-ASMR next to "ASMR, shot and recorded on iPhone [...]": "Shot on iPhone XS and iPhone XS Max [...]", ie "Recorded with the iPhone XS and iPhone XS Max [...]" . A disclaimer under this and the other three videos then indicates other elements used: “Additional software and professional hardware used”, ie “Additional software and professional hardware (were) used”. This means that the picture and sound have been improved by supporting gadgets such as gimbal, microphone, etc. as well as by digital post-processing. A small damper for the advertising idea. Or advertising for the Mac and its apps. What do you think?