Apple Card - Apple Pay now with your own credit card 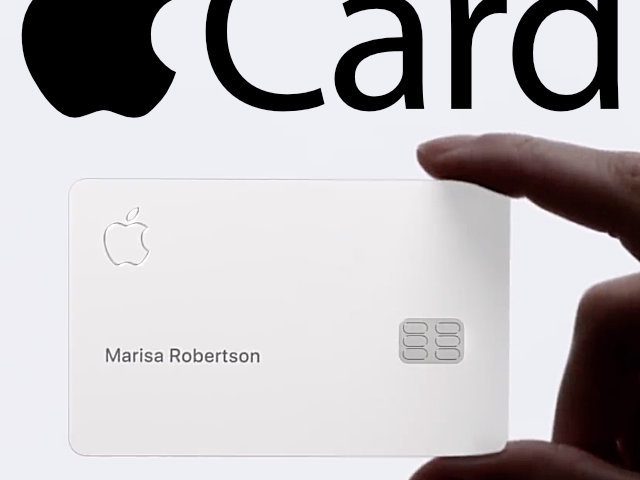 At yesterday's It's show time keynote from Apple in the Steve Jobs Theater, according to the title, it was not just about entertainment and media. Other services were also addressed. These included Apple Pay, for example, which will be accepted in over 2019 countries by the end of 40. In addition to current figures and information on expanded efforts to also bring tickets for local transport into the wallet, there was a new announcement: As previously discussed in rumors, Apple is bringing the Apple Card your own credit card in digital and physical form. Goldman Sachs and MasterCard are partners for this.

The Card is a payment concept from Apple, Goldman Sachs and MasterCard that will be available in the USA from summer 2019.

Apple Card, the credit card for the iPhone

The Apple Card was launched in cooperation with Goldman Sachs and MasterCard. It is made to be used with the iPhone and the wallet app running on iOS. There is also no lengthy registration or application process. You just set up the Apple Card with Apple Pay, and then you use it. It can be used to pay in apps as well as on the Internet and of course in shops - just like Apple Pay with other cards. Retrieving or changing data (for example the address after moving) can be done very easily via Apple Messages. But other things have also been simplified.

No bureaucracy, no paperwork - organizational matters relating to the Apple Card can be solved using the Messages app.

The credit card bill should not be as cryptic as the list of expenses at other providers. Users should be able to see quickly and easily where they have spent what amount. Expenses can be assigned to different areas (food, transport, entertainment, travel, health, etc.) in statistics. In addition, repayments and interest are easier to see, and installment payments can be adjusted accordingly. Apart from the interest on installment payments, there should be no fees with the Apple Card - no annual fees, no fees for late payments, no fees for use abroad, and so on. Of course, everything is secured via Touch ID or Face ID.

Physical Apple Card works where Apple Pay is not accepted

Apple, Goldman Sachs and MasterCard have not only designed a digital service that can be used with Apple Pay and the Wallet app. There is also a “real” credit card for the respective user. Of course, this is not just a plastic card with the known data: No, it is made of titanium and bears no further information other than the name. So no card number, no CVV security code, no signature. All of this is in the iPhone. This card should be used where you cannot pay with the iPhone.

In Germany, credit cards are not as en vogue as a means of payment and for building creditworthiness as they are in the USA. There the credit card is the most common and, for some shopping options, even the only possible means of payment. Bonuses and point systems are accordingly important. However, Apple has abandoned the idea of ​​a point system that is confusing for users and instead offers monetary values ​​as bonuses in real time. The whole thing is called "Daily Cash" and is staggered as follows:

Instead of a convoluted point system there is the so-called daily cash with the Apple Card, i.e. money back in real time.

Apple Card only in the US for the time being

The Apple Card should be available to customers in the USA in summer 2019. It is still questionable whether and when the rest of the world will be able to benefit from it. After all, banks from the respective countries are necessary as partners. The US is also likely to be the country where credit cards play the biggest role in everyone's everyday life. Perhaps there will be an update on the launch in Germany, Europe or other parts of the world in June or September.