Apple Event in March - What can we expect? 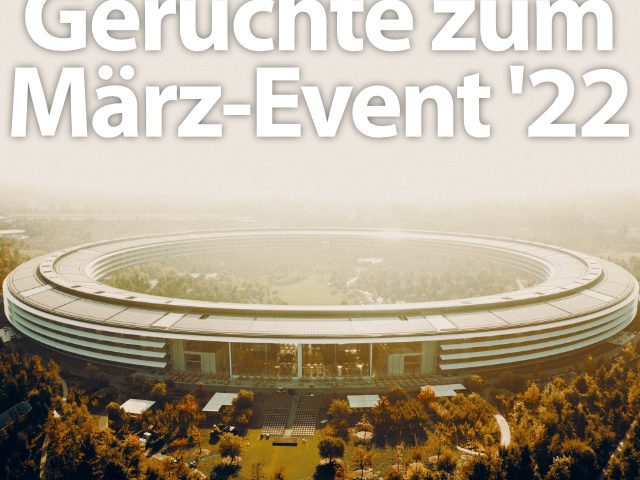 Multiple sources are currently citing Tuesday, March 8, 2022 as the date for the next Apple Special Event. Various devices will be presented on the keynote, which will probably be pre-recorded again. Some have more information, others less. What releases we from the tech giant Cupertino can expect in March, I have summarized that for you in this article. Do you have any other speculations or ideas for better releases? Then please leave a comment on the topic.

Which devices could Apple present at a keynote on March 8, 2022? And what technology would then be built into them? Here you get answers to these questions.

Among others at MacRumors (right here) one can refer to a DigiTimes report (right here) read that Apple's suppliers have been producing the entire "Lunar New Year" holiday week - mainly parts for the MacBook Pro. Accordingly, it is expected that Apple will present a new MacBook Pro at a March event, possibly with an M2 chip as the second version of Apple Silicon.

MacRumors is rumored to have a 13-inch diagonal display as the entry-level model. Apart from the SoC, no particularly new hardware should be installed. However, it would also be possible for Apple to cope with the delivery problems with the current MBPs M1 Pro and M1 Max wants to get by. If you currently look at the Apple online shop, you will find delivery times between March 17th and 24th, 2022 for the 16-inch model (as of February 9th, 2022).

Apple iPhone SE 3 has long been expected for spring 2022

Almost a month ago I already told you in the post “Apple iPhone SE 3 - Everything We Know So Far“ shows which rumors and information from the production chain are circulating. In the third generation of Apple's budget iPhone, 5G mobile communications should be possible, a display with a 4,7-inch diagonal should be used and the A15 Bionic Chip should do the computing work. The internal memory should be either 128 GB or 256 GB. More details in the linked post.

Towards the end of February I told you in the post “Apple's device plans for 2022 (according to Mark Gurman)' showed what else could be thrown onto the market by Apple this year in addition to the March event. There should be three different models of the Apple Watch, a new Mac mini, MacBooks with "Pro" and "Air", a new Mac Pro, a new iMac and the like should also be there. And last but not least, iPads and the much-discussed AR/VR headset. More information behind the link.