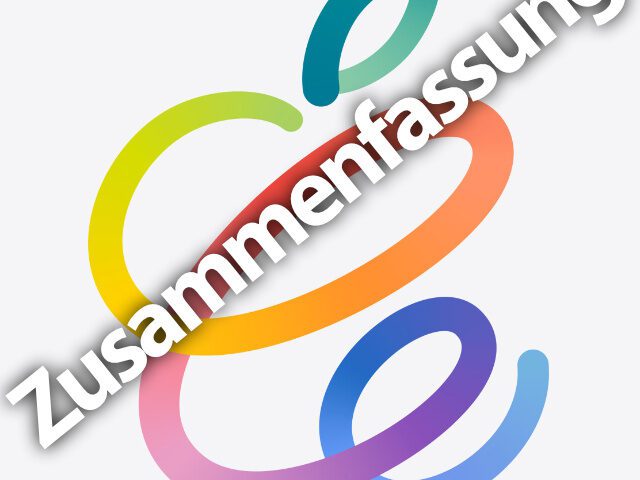 The broadcast of the latest Apple keynote is over. As usual, here is my summary of the news from Cupertino. Apple has announced new features for the Apple Card and Apple Podcasts. In addition, the iPhone 12 is now available in a new color: purple. The AirTags have finally been introduced and Apple TV 4K gets the A12 Bionic Chip. There is also a completely redesigned iMac with a 24-inch display and two new iPad Pro models - all three devices have the M1 chip. Yes, the iPad Pro now also has the M1 chip as a SoC! Further information and pictures below. Details and technical data then tomorrow in the respective individual contributions;) 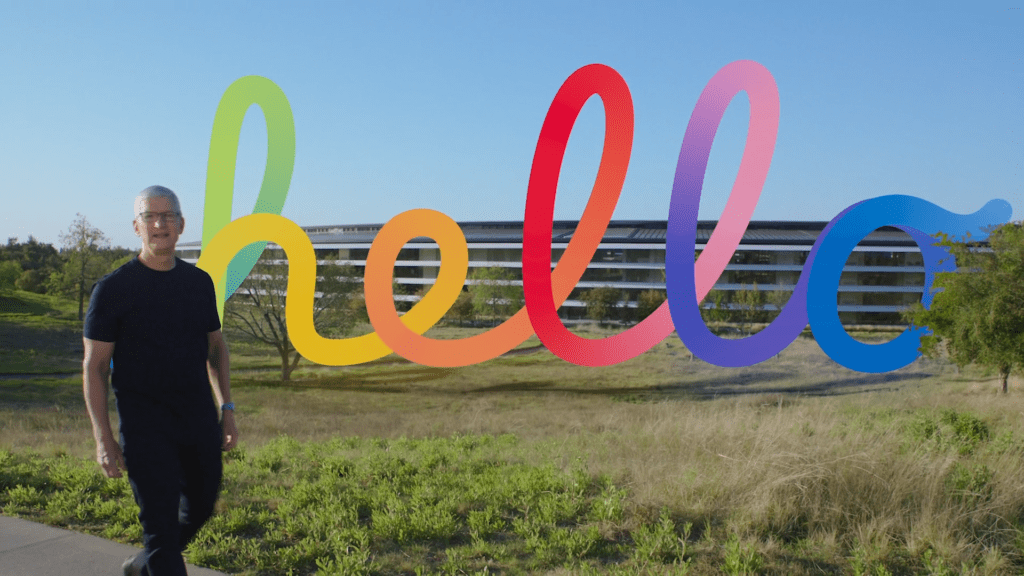 The fact that spring is approaching could be seen, among other things, from the fact that most of the scenes with Tim Cook for today's keynote were filmed in the outdoor area of ​​Apple Park, Cupertino. After the colorful line of the stylized Apple logo of the special event ran CGI-like through the area, it formed a "hello" and Tim Cook stepped on the scene (see above). The first thing he talked about was the Apple Card, the credit card launched by Apple.

With Apple Card Family, a program is starting that individually helps all users in the family (from the age of 13) to build up a good credit score. This no longer only relates to the person holding the card. In this country that won't be so important. In the USA, however, the credit score is much more important for financial transactions and the like - similar to the local Schufa rating. 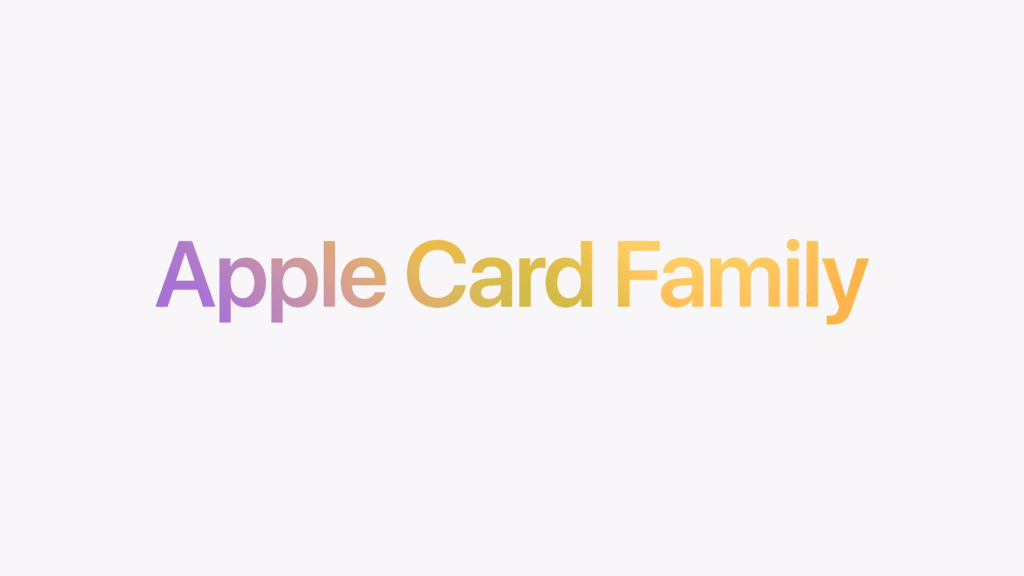 Tim Cook also went into Apple Podcasts. The app is not just getting a new design. It will also be possible to subscribe to certain content. By subscribing to channels you can not only deactivate advertising, but also directly support certain podcasts and their makers. The whole thing was leaked in advance under the name "Podcasts +"; the name was not mentioned that way. 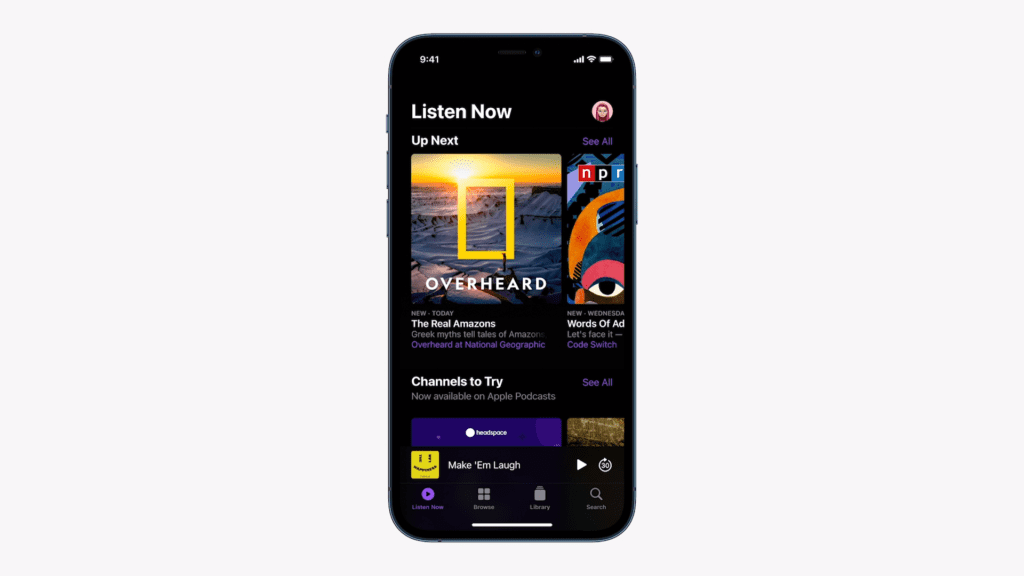 Tim Cook's introduction to the keynote ended with the new spring color for the iPhone 12. The purple, which is somewhat reminiscent of lavender, can be pre-ordered from Friday. From April 30th, the purple iPhone 12 will be available in different sizes and colors. After these innovations - Apple Card Family, revision of Apple Podcasts and the new iPhone color - the really important announcements continued. 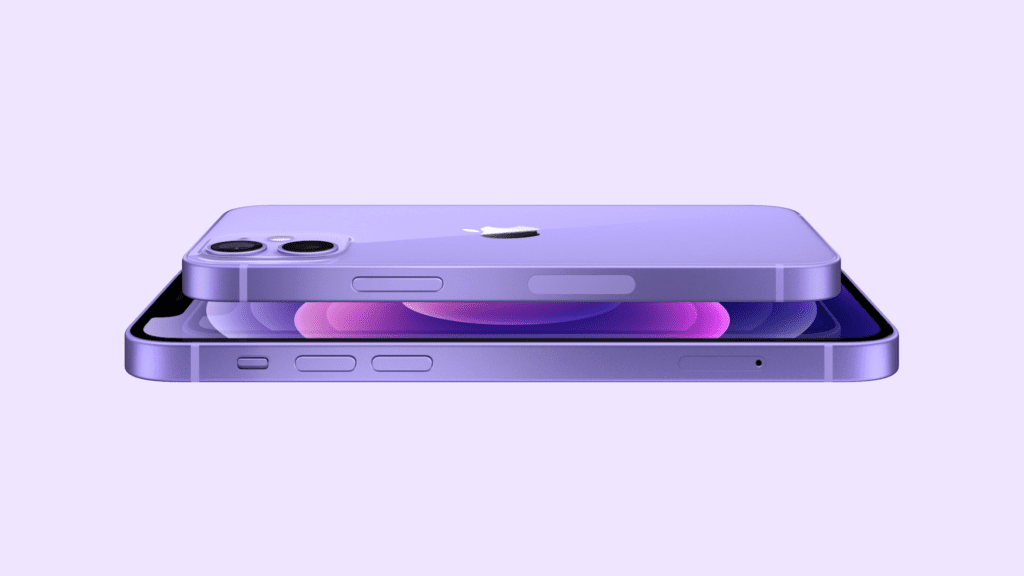 iPhone models that have the U1 chip can now locate the new location aids called “AirTag” with extreme precision and guide users to them. AirTags can be ordered with an individual engraving as well as accessories for attaching to the objects to be found. The pre-order runs from Friday; the trackers will be available from April 30th. 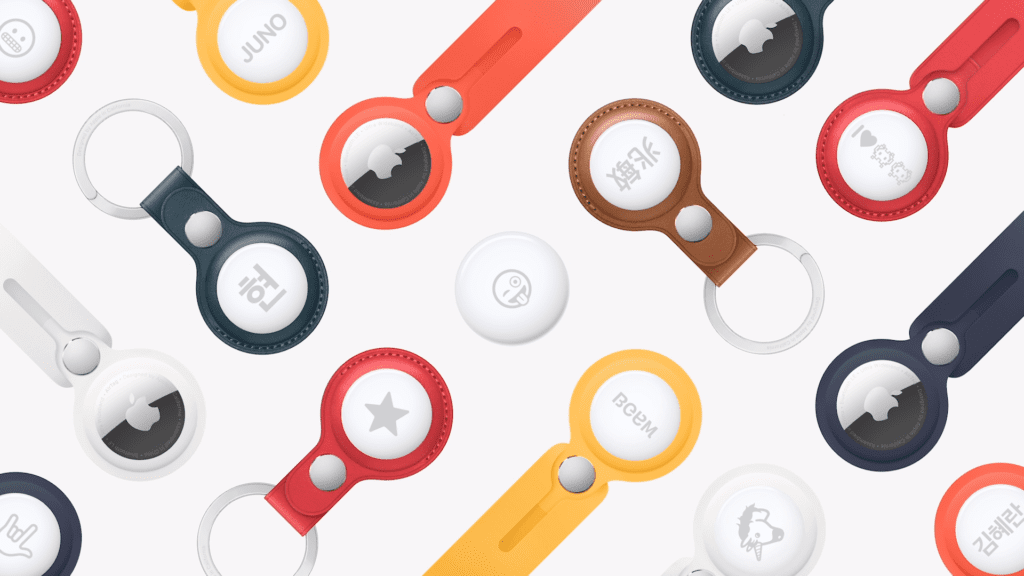 The new Apple TV 4K Box gets the computing power of an iPhone to be able to reproduce higher frame rates in HDR, to deliver color correction in cooperation with the iPhone and to enable gaming with high demands.

In addition to the new interior, there is a new Siri remote control. This not only has an aluminum housing, but also a touch field and a touch ring that is reminiscent of the old iPod. The Siri button is now on the right, like the iPhone.

Oh yes, and the new season of "Ted Lasso" will be released on July 23rd;) 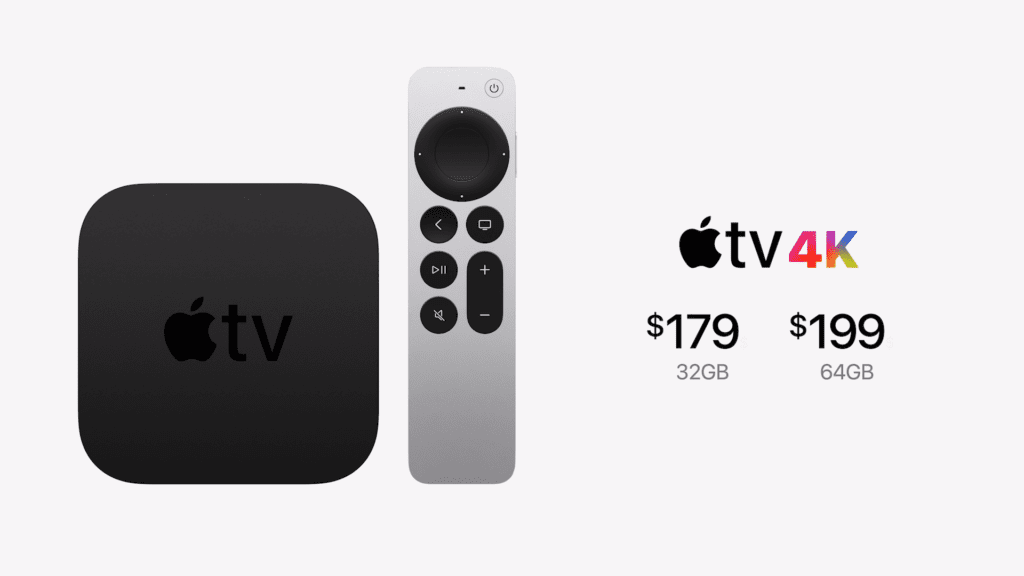 The casing of the new iMac with a 24-inch display is just 11,5 mm thick. In addition, there is of course the new bracket with an adjustable angle of the display and housing. Overall, however, this takes up less than 50% of the space compared to the previous model. This is due to the implementation of the M1 chip. The SoC saves a lot of space and also requires much smaller fans. 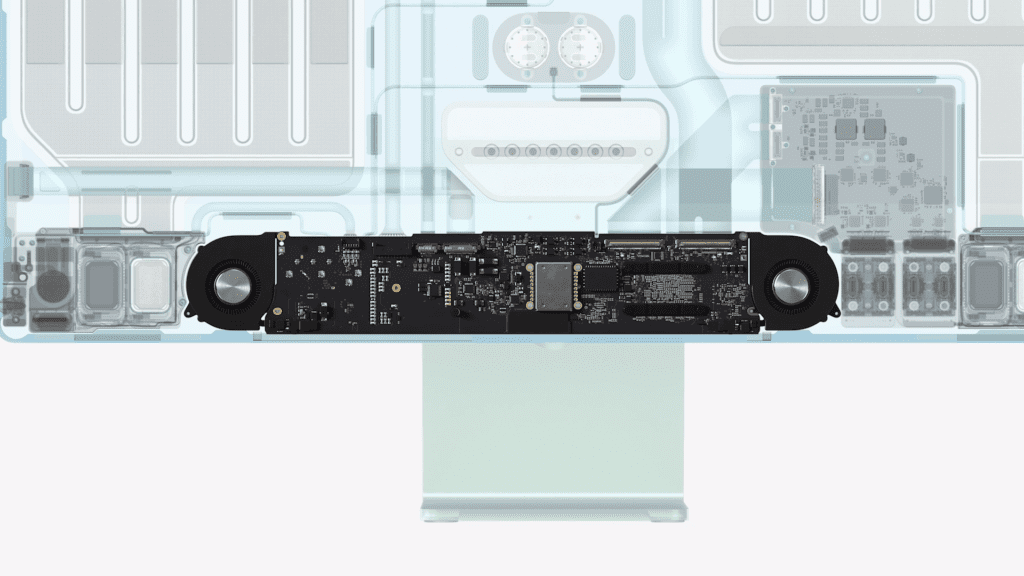 The new iMac has a continuous glass front and an Apple logo only on the back. There are also four USB-C ports, two of which are Thunderbolt ports. The power connector has been redesigned and the power supply unit now has an Ethernet connection. Network and Internet data come and go over the power cable, and things look tidier behind the computer. 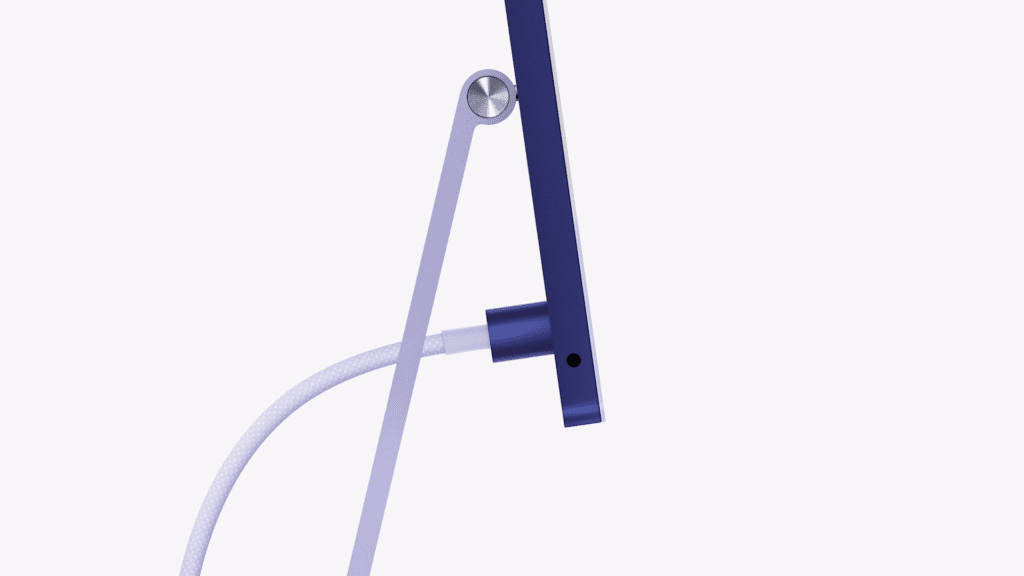 In addition to the 4,5K Retina display with True Tone, there is also a smart 1080p Full HD FaceTime camera that is supposed to deliver the best images thanks to software support; even in low light. Three microphones with suppression of ambient noise should also be helpful for video conferences. Six speakers are used for the best sound from a previous Mac. 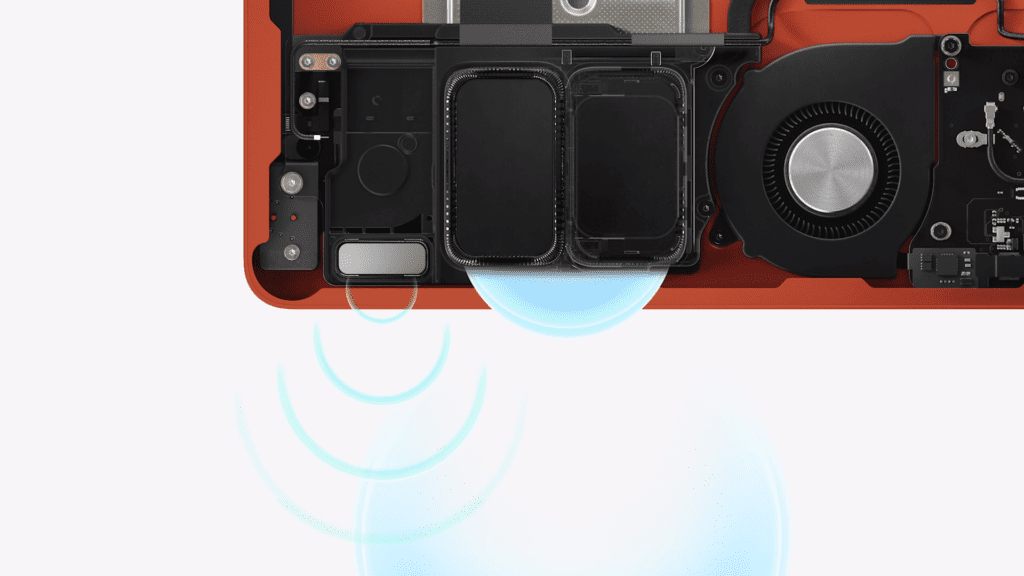 Compared to its predecessor, the CPU performance is said to have increased by 85%. The graphics performance is twice as high. Machine learning should be three times as fast as its predecessor. In addition, thanks to the M1 Chip and macOS 11 Big Sur, you can now use iPhone and iPad apps on your Mac without any detours. New keyboards (including new function keys and Touch ID) as well as new mice and trackpads are available in matching colors - because: the new iMac is available in seven colors! 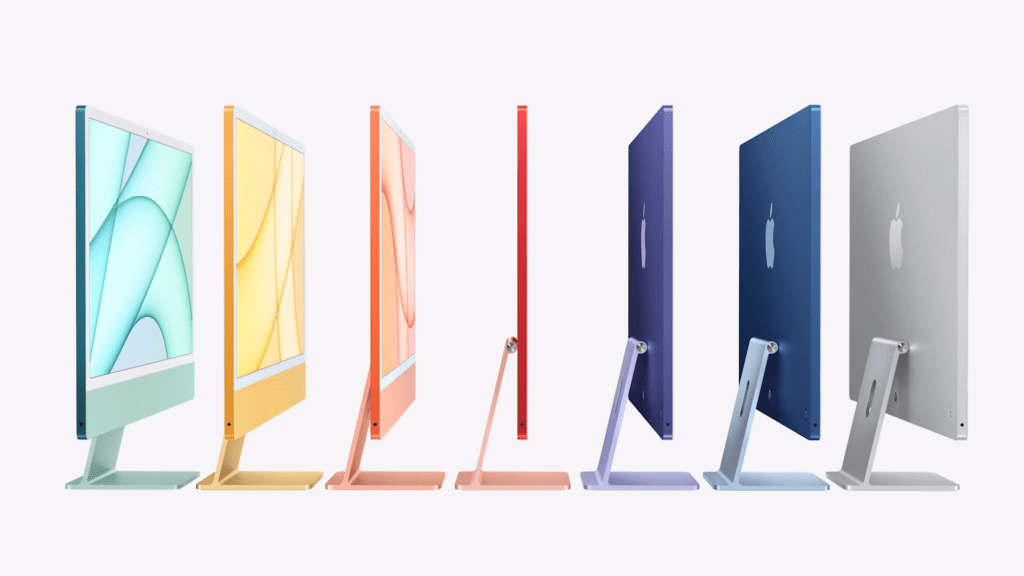 iPad Pro now with M1 chip, but without the new Apple Pencil 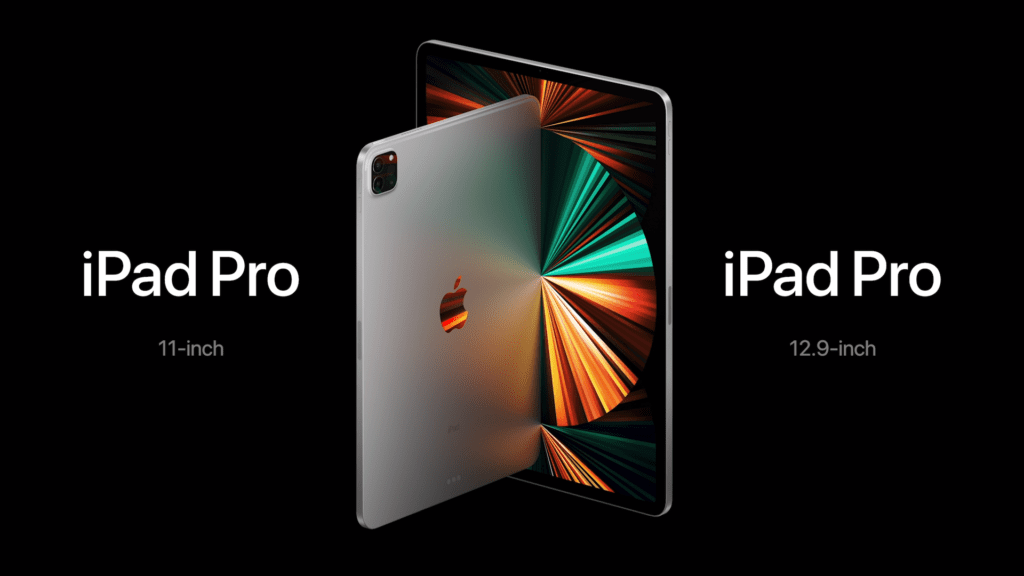 In addition, the USB-C port on the iPad Pros has been equipped with Thunderbolt including the USB2021 standard for 4. This ensures faster data transfer and better use of accessories - for example monitors with a resolution of up to 6K. And speaking of graphics: the new 12MP wide-angle front camera not only comes with Face ID, but also the new “Center Stage” feature, which always keeps the user in the center of the image and uses smart zoom. 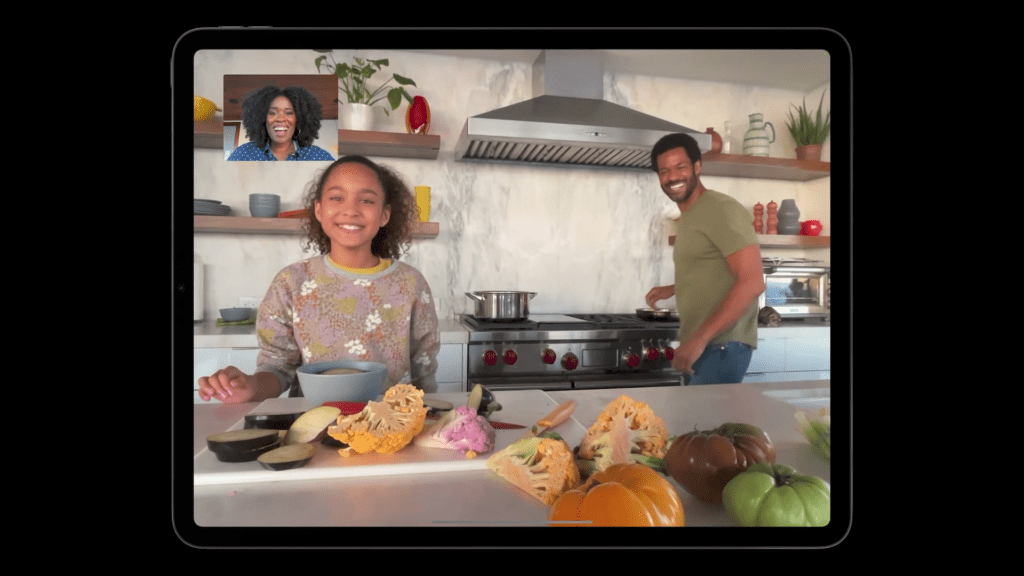 There are two cameras and a LiDAR scanner on the back. With it and with the new computing power (50% faster CPU, 40% faster GPU) there are new possibilities for augmented reality, video editing, special effects, photo and graphic editing and so on. In addition, mini-LEDs are used for a better picture with the best contrast - so another rumor is confirmed. Oh yes, there is also 5G, Wi-Fi 6, up to 2 TB of storage and, and, and. 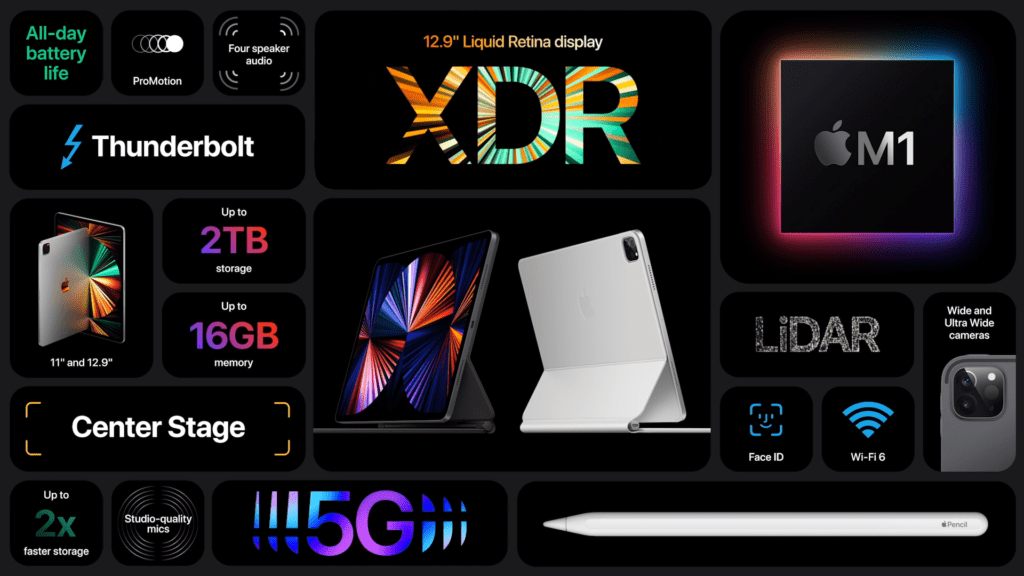 Tomorrow you will get a detailed article on the new iPad Pro models from me. These start at $ 799 and can be pre-ordered on April 30th. They will then be available from the second half of May.

That's it already. With this I end my summary of today's Apple Special Event. Some rumors have been confirmed and some have not. New services and devices are coming onto the world's markets from Cupertino. And if you want to watch the keynote yourself, you have the opportunity to do so on YouTube, among other places. I have embedded the video of the Apple service and product presentation summarized here for you as follows: