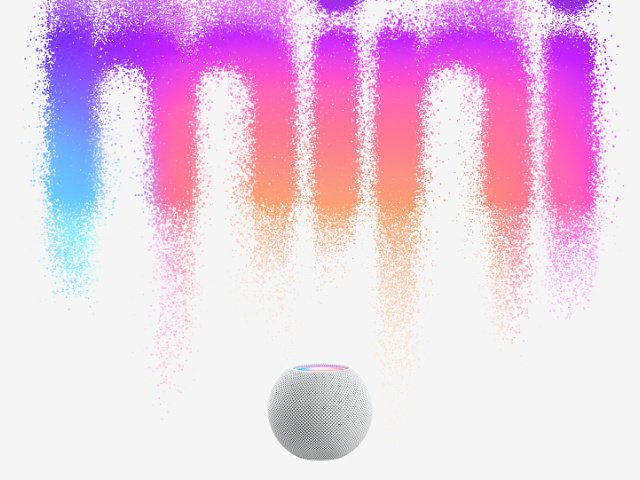 Yesterday Apple presented the new HomePod mini as part of the “Hi, Speed.” October event. This is not only a small and inexpensive version of the already known HomePod, but it also brings new functions. In this article I have summarized what you can expect from the Apple HomePod mini, what technical data it has and at what price it can be bought.

The new Apple HomePod mini was introduced next to the iPhone 13 on October 2020, 12. Here you will find the technical data as well as pictures, videos and the price of the HomePod mini in euros.

First of all, here are the technical data of the HomePod mini, which was presented by Apple at the “Hi, Speed.” Event on October 13.10.2020th, XNUMX. With this inexpensive variant of the Smart Speaker from Cupertino, even more interested parties, and according to the presentation, especially families, are to be addressed. 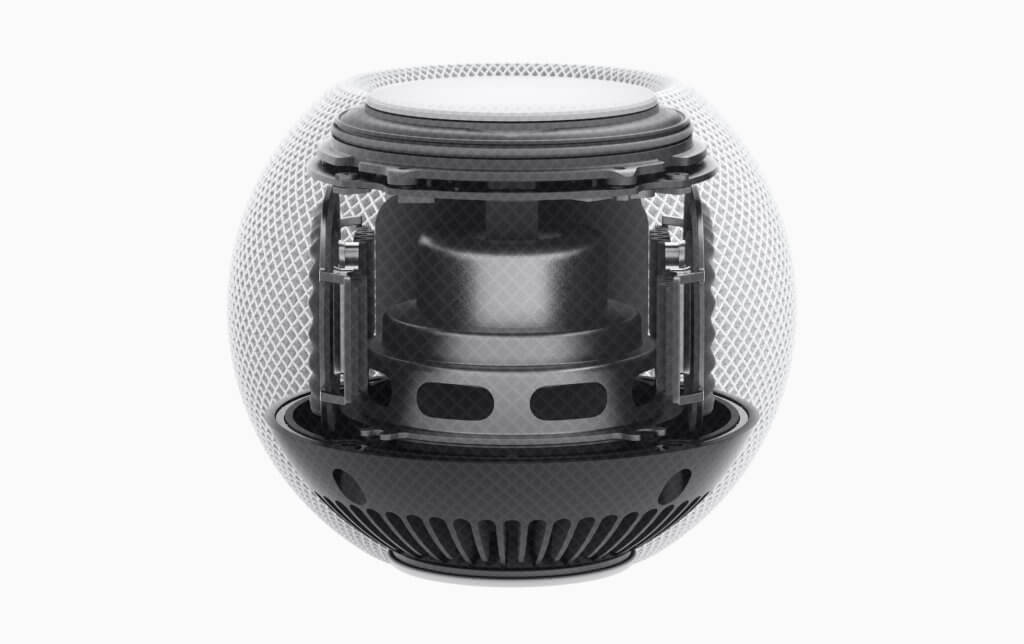 With Intercom, there is now a kind of intercom in the Siri loudspeaker. However, this is not intended per se to communicate with people on the doorstep. It is intended to send a message to the people in the household. For example, it can be communicated from the kitchen to the children's room that the meal is ready.

CarPlay can be used to announce from the car that you will be home soon. And so on. Users have to decide for themselves whether the function is really helpful or rather annoying. In any case, the presentation of the HomePod mini was quite impressive and almost too complex for the budget model of a loudspeaker ...

What Apple devices are compatible with the HomePod mini?

Which iPhone, iPad and iPod touch is compatible with the new HomePod mini? Apple lists the following mobile devices as usable with the new Smart Speaker - a quite decent range of products: 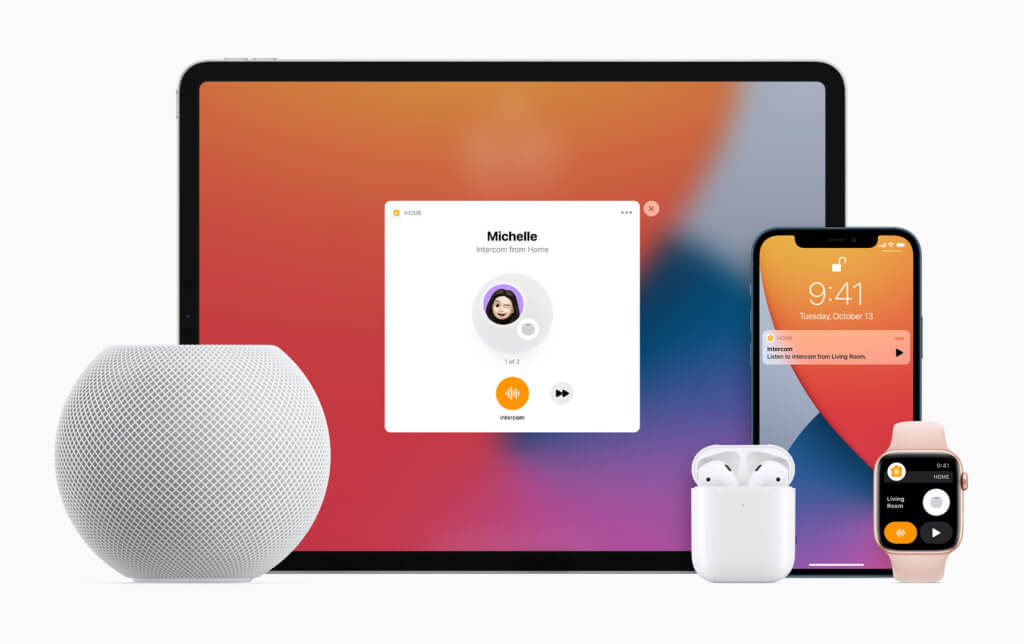 What are the prerequisites / system requirements?

To get the most out of the new speaker, you should of course pair it with one of the devices listed above. In order for Siri to be used via the smart speaker, an Internet connection via 802.11n WLAN must also be created. In addition, the device needs the latest software version for smooth operation. This is downloaded accordingly via the WLAN connection and installed automatically.

The price: what does the HomePod mini cost?

You can buy the new Apple HomePod mini in both white and space gray for € 96,50. You can also add AppleCare + for € 15,00 on the Apple website. This gives you two years of technical support and protection against accidental damage. You can order the new device from November 6, 2020. It will be in stores from November 16, 2020. So at Christmas you can put it under the tree;) 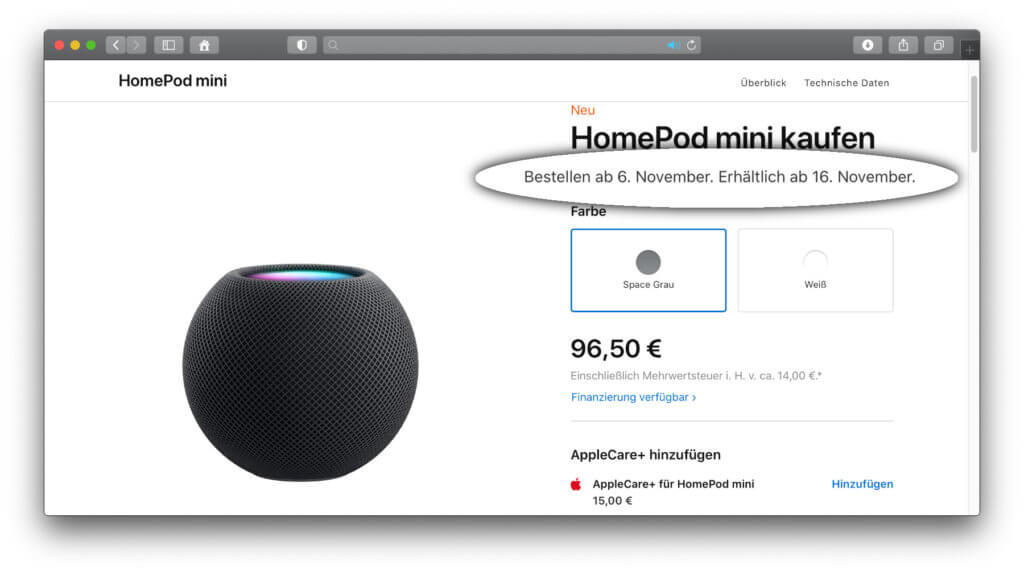 The presentation of the HomePod mini on YouTube is pretty short; is only 36 seconds the video short. But it gives a first impression of the new loudspeaker from Cupertino. You can find even more information, a description of the use of new functions and so on in the October keynote that I gave you summarized at this point and embedded it as a video.