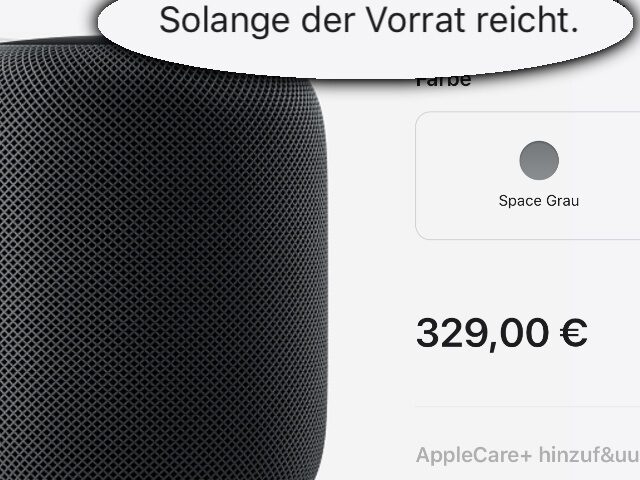 After this month already made the iMac Pro a discontinued model is now followed by the smart “HomePod” loudspeaker from Apple. On the product page in the digital Apple Store you can find the note "While stocks last". This means that production has been stopped and only stocks are offered. The Apple HomePod was launched in 2018 and has been available with the since 2020 HomePod mini a smaller, cheaper variant. The mini version, which is still advertised as “New” in the store, is not affected by the sale. At least not now. 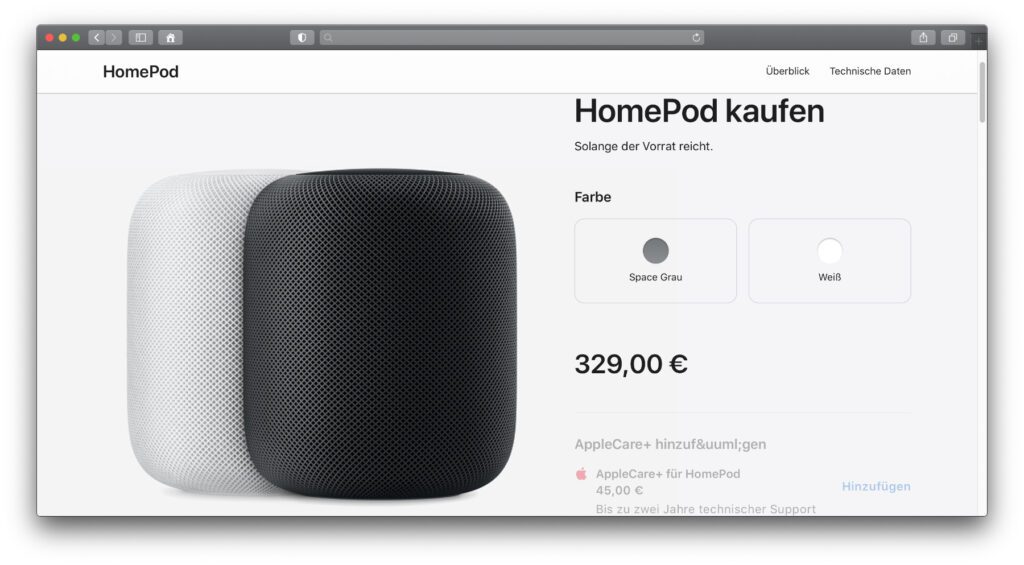 Since the weekend it has been reported that Apple will be taking the HomePod out of its range. In the store it says “As long as stocks last”, which indicates a production stop. The HomePod mini will continue for the time being.

Apple HomePod will be discontinued after a short time

The Apple HomePod was Apple's attempt to integrate a good-sounding smart speaker into its own product range. The good surround sound from Sonos should be combined with the smart advantages of Amazon's Echo. Like Apple but at the weekend to the trade magazine TechCrunch announced the speaker will no longer continue with Siri integration. Instead, the focus is shifted to the mini version. However, there should still be software updates for the large HomePod:

HomePod mini has been a hit since its debut last fall, offering customers amazing sound, an intelligent assistant, and smart home control all for just $ 99. We are focusing our efforts on HomePod mini. We are discontinuing the original HomePod, it will continue to be available while supplies last through the Apple Online Store, Apple Retail Stores, and Apple Authorized Resellers. Apple will provide HomePod customers with software updates and service and support through Apple Care.

For example, you can find more detailed articles on the topic in German . at iFun or referring to it again . at the iPhone ticker - but with a focus on Phil Schiller. The iPhone ticker mentions that the HomePod can be viewed as another bust in a series of Schiller's announcements.

Examples include the promised automatic detection of user movements (walking, running, cycling) by the M8 chip in the iPhone 6, the announcement of the “trash can” Mac-Pro, the promises regarding the AirPower charging mat and the like more. In the comments you can read, among other things, that a Spotify integration and an input connection would have made the HomePod more attractive.